Netflix’s Love On The Spectrum has shone a spotlight on dating with autism, but what’s it really like to try to find The One when you have the condition?

Morag Fraser, 34, who was diagnosed at 29, shares her story… 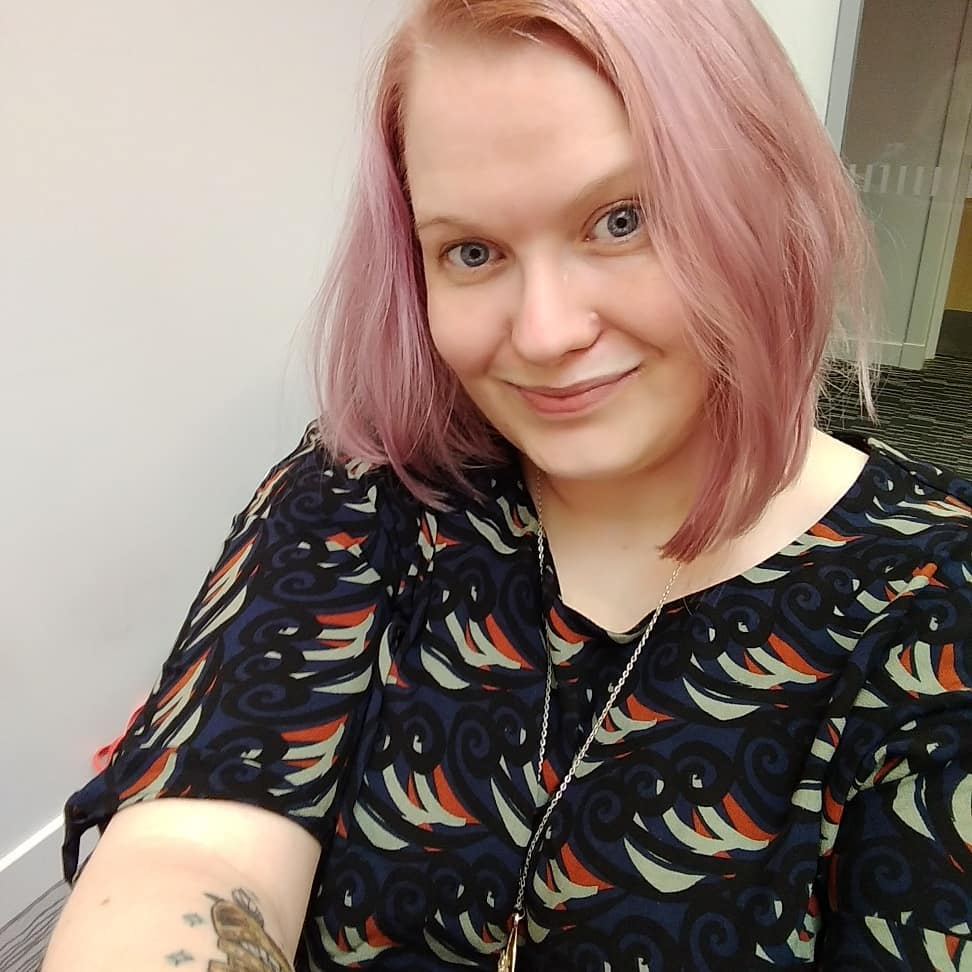 Settling down on the sofa with my favourite pizza, I turned on Netflix. Ever since I’d heard about its new show Love On The Spectrum, I’d been excited to watch it.

Autistic people aren’t often portrayed on TV and, as a single woman, I was thrilled that there was a new dating show dedicated to people like me.

But within minutes of watching, my heart began to race – and not for the right reasons. All too often it felt like the joke was on them. "Oh, look at the freaks, they can date and everything!” I felt my old anxieties begin to rear up: could this really be the way the rest of the world sees us?

I wished someone would commission a programme that showed what it was really like to date with autism. I grew up in the north of Scotland and I’ve always been different.

At four, I taught myself to read because I got frustrated with how slowly my mum read bedtime stories to me and my little sister Christie, now 32. My family nicknamed me “TV Guide” as I could recite what was on at any time.

But I was never tested for autism because, back then, many doctors believed only boys could be autistic. At school I was badly bullied. I suppose I was singled out as I was never girlie or into make-up, and I found it easier to be friends with boys because I usually had more in common with them, like football, comics and wrestling. 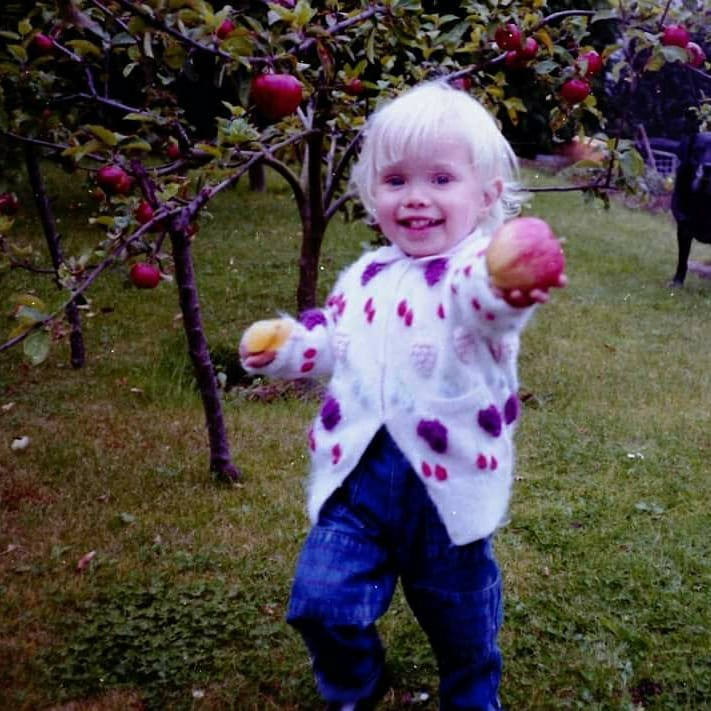 Over the years, I had relationships, including one at age 18 with Mike for four years while I did literary studies at Glasgow University. But he was possessive and controlling, and he completely shattered my self-esteem.

Looking back, it was a classic emotionally abusive relationship, in which he stopped me seeing friends and made me feel that no one else would put up with me – and this was definitely exacerbated by my then-undiagnosed autism.

By 2005 I had started secondary teacher training in Dundee, and I met a guy called Tom on my course. I was attracted to how calm he was, and after a few months I finally broke up with Mike and Tom and I got together.

We eventually moved in, but I wasn’t an easy person to be with and Tom often felt like he’d become my carer rather than my partner. If we argued, my brain would freeze. I wouldn’t be able to grasp why we were arguing and I’d just panic and say, “I don’t understand,” over and over. I would also get overwhelmed, curl up in a ball and stop talking. 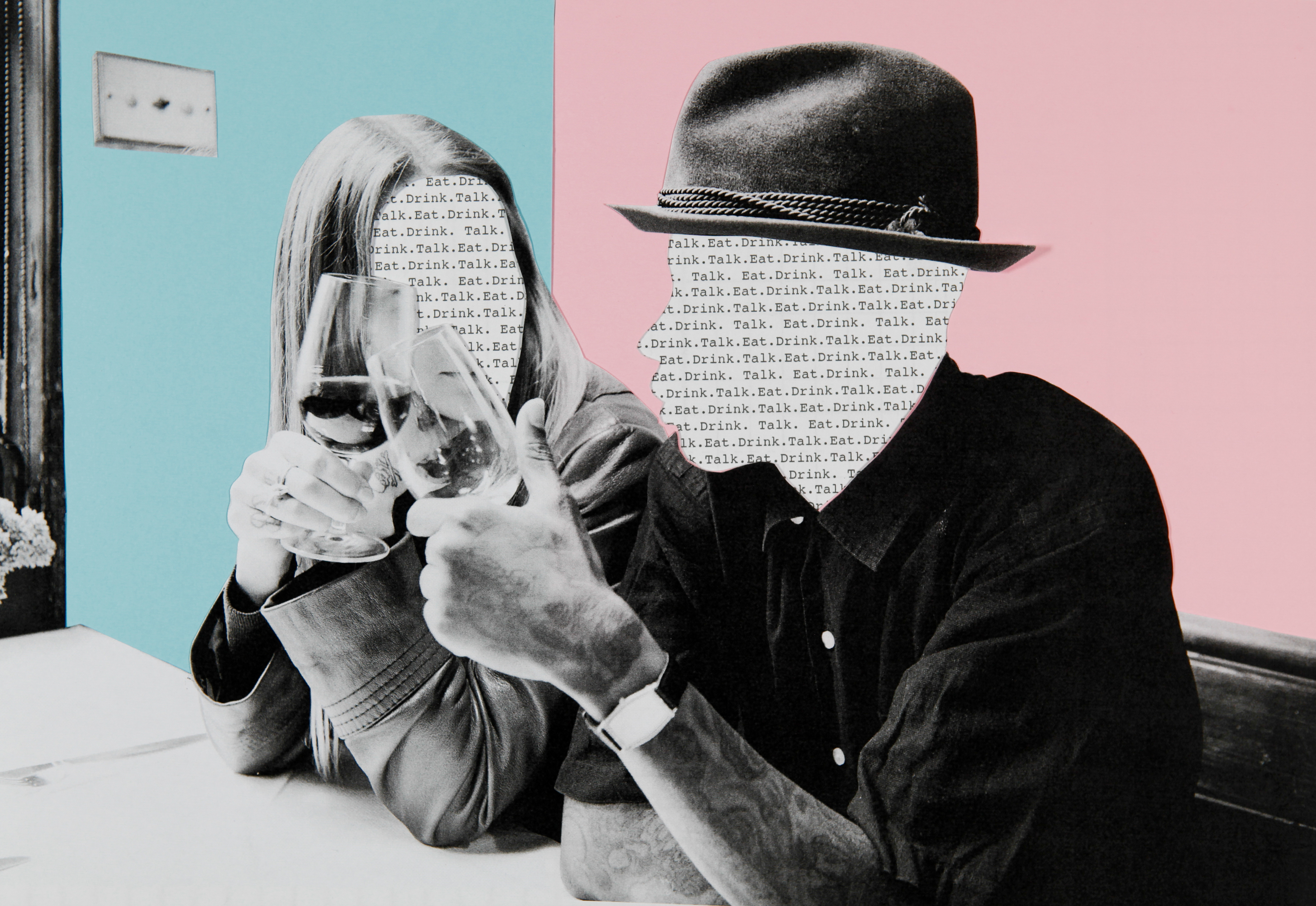 I would weep and shake and my selective mutism would kick in. For years I suffered from depression and anxiety. But although I saw countless doctors about my mental health, autism was never mentioned.

Finally, in 2014 at the age of 29, I was diagnosed with autism after I went to see a different psychologist who suggested I should be tested.

It’s a lengthy process, involving answering hundreds of questions. The doctor was matter of fact as she delivered the news that I was autistic, but I walked around in a daze all day as it sunk in.

I was relieved because it’s helped me understand myself much better. Life ever since has been full of “Ahh, so that’s why I’m like that,” moments.

It’s small things like the way the sound of whistling makes me feel like my head is exploding, or struggling to tell when someone’s joking. There is no treatment for autism, but my diagnosis opened up support systems that I hadn’t had access to before.

Family and friends were surprised by the diagnosis and some even asked if I was sure it was correct, but the test results were clear. I have never kept it a secret and I now consider myself disabled.

When I was 31, in 2017, my relationship with Tom broke down, after I found out he was cheating online. It hit me hard, but I knew I couldn’t stay with him. Being diagnosed had given me a lot more self-awareness and made me realise what I wasn’t willing to put up with. Afterwards, there were moments when I worried I’d be alone forever.

I like my own company, but there are times when I could do with a hug. So although I’ve now been single for over three years, I have been trying to meet someone. Last year a friend set me up with an autistic guy, but we quickly figured out it wasn’t a good match, as the date was full of awkward silences.

That’s one of the things that annoys me about Love On The Spectrum – this idea that you can just put two autistic people together and it will just work, like kids shoving Barbie and Ken dolls together.

I wouldn’t rule out dating another autistic person, but I know how I am on my bad days and I don’t know how it would work with two of us being that way. I’ve tried dating apps, too.

The first time I logged on, I saw a cool punk-rocker guy with tattoos and we got chatting. I had high hopes, but after a few days he said he didn’t think there should be a female Doctor in Doctor Who and we fell out. I’m not one to disguise how I feel – with an autistic person, you know you’ll always get the truth!

On another date, I struggled to realise he was joking when he said he’d hiked Kilimanjaro, and it left me feeling silly. I try to be open from the outset about my diagnosis, but on several occasions I’ve told blokes and they’ve ghosted me for a while, then deleted me.

During lockdown I was speaking to one guy and it was going well, but the minute he heard the A word he just stopped replying to my messages. 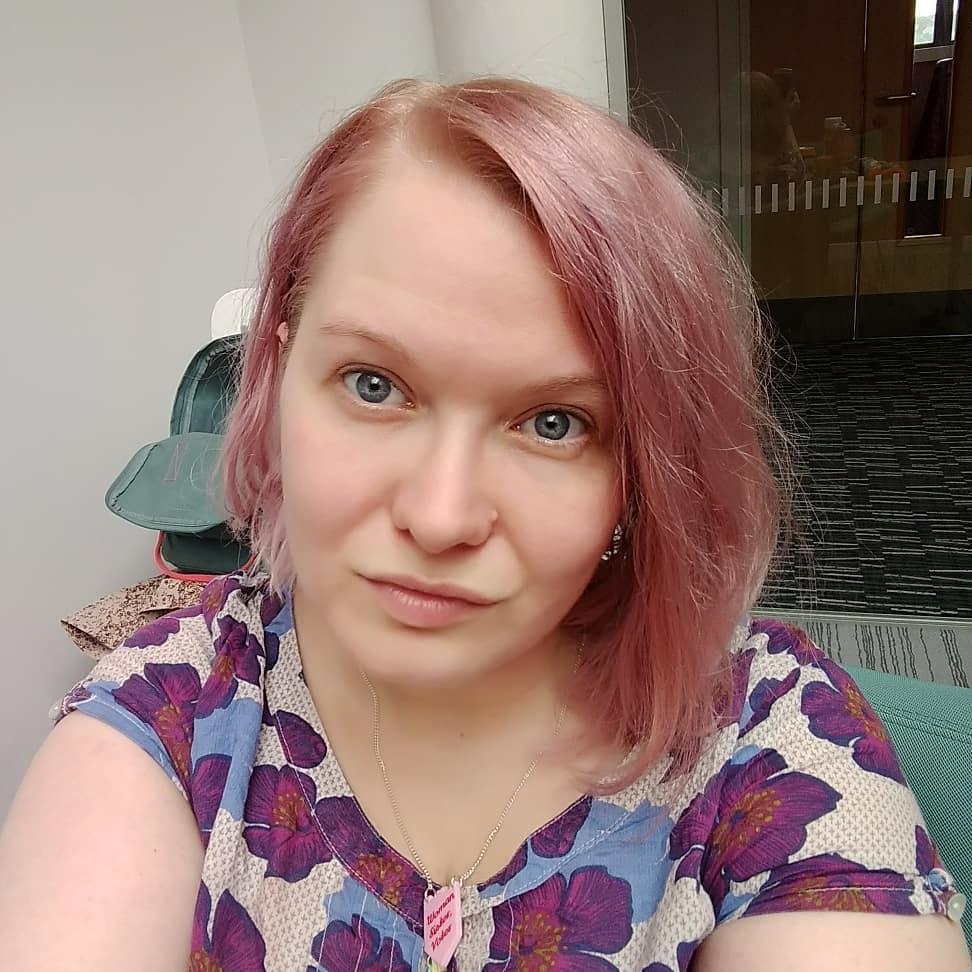 I deleted the app because the ghosting made me feel crap, but I’ve downloaded it again because I do want to meet someone. Another problem is that I tend to spook men because I’ll come on a bit too strong if I like someone.

After one date, I started to think about a future with a guy and when I spoke to him about it, I got upset that our plans didn’t align, because he wanted a large family and I’m still not sure.

Sex can be more complicated when you’re autistic. I suffer from sensory overload, so if something weirds me out, like feeling too hot or smothered, it can really put me off. This makes it hard to lose myself in the moment. Intimacy has to be about a connection before I can enjoy it, which means casual sex is off the table.

I’ve also got to figure out whether they’re someone with a kink for messing with disabled girls. I’ve read about men who fetishise disabled women, and that’s not something I ever want to be part of. It’s never happened to me, but it’s at the back of my mind when I’m swiping, and it’s scary.

Recently I’ve been on a few dates with a neurotypical (non-autistic) guy and it’s gone well. We like each other, but we’re not putting labels on it. We don’t meet up often, but we chat online. I like to take things slow. 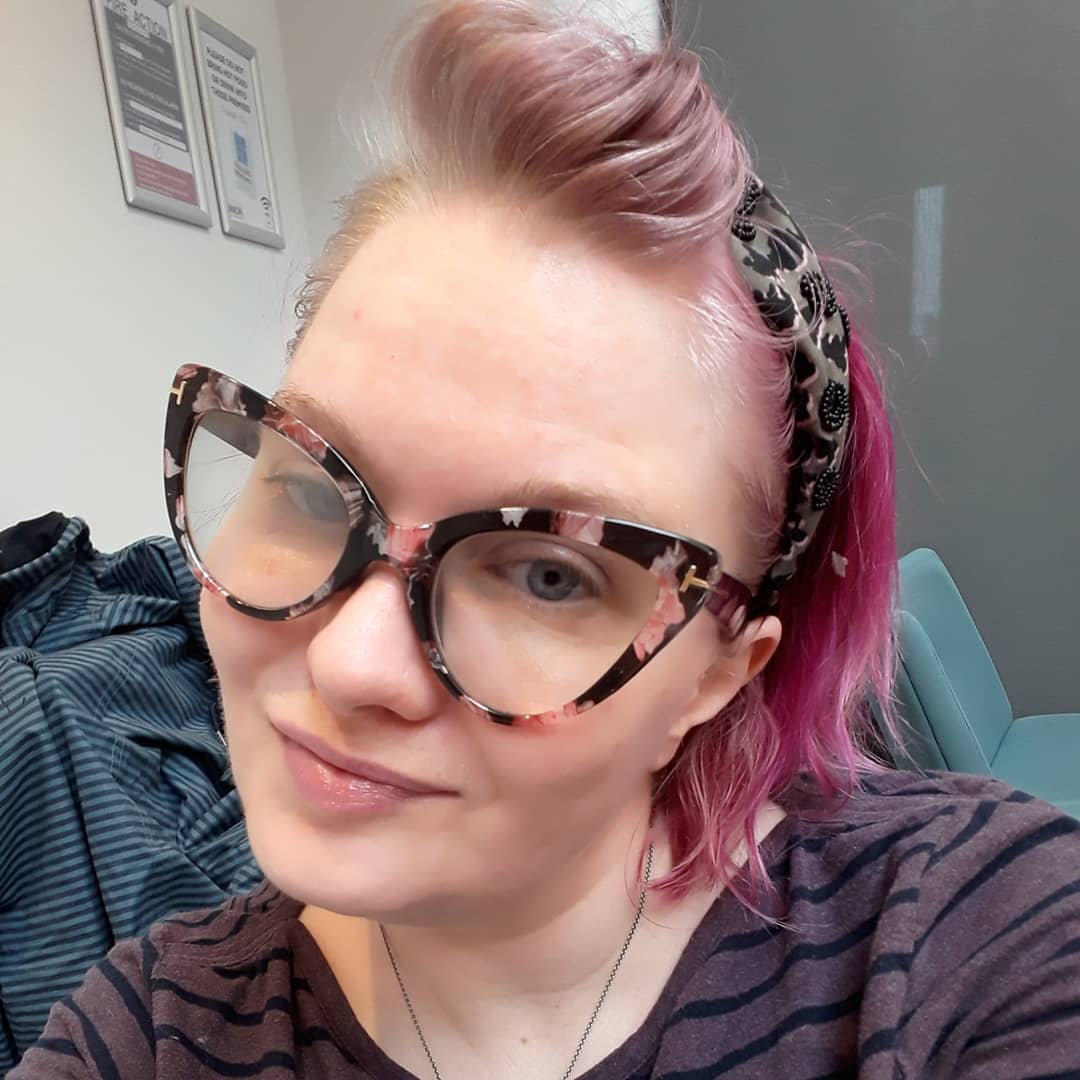 I now live alone in Perthshire and work at a university as a student connections facilitator. I wouldn’t rule out having a family, although I’d foster or adopt because I might have to come off my antidepressants and anti-anxiety medication during pregnancy, and that would be a terrible idea.

Although I know lots of autistic people do have happy lives with their kids, I worry that my children would become my carers. There are days when I’m so down, I can’t get out of bed in the morning, and I’d hate for my kids to have to look after me. In spite of all that, I know I have a lot to bring to a relationship and there can also be big positives to dating an autistic person.

We are likely to be loyal and genuine, and you are likely to always know where you stand in the relationship. Despite the extra issues I find myself up against, I hope that I will one day meet someone who will accept me for who I am – with my Buffy obsession and my giant collection of plushies.