During an interview with Love magazine, the 22-year-old reality star said she "was never one of those girls who would do like 30 shows a season or whatever the (expletive) those girls do". 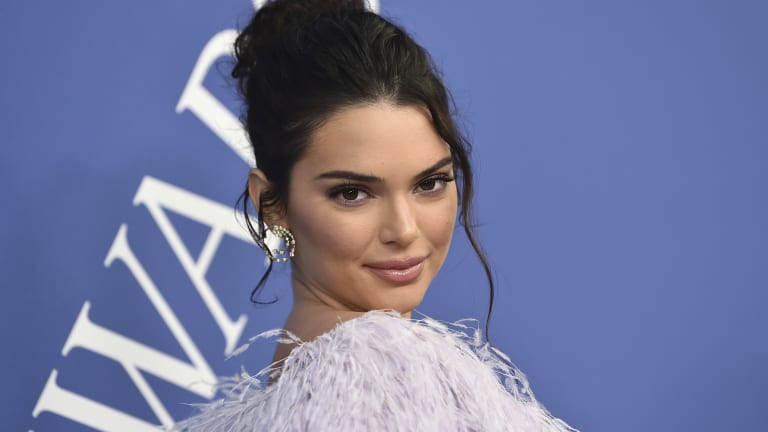 Kendall Jenner arrives at the CFDA Fashion Awards at the Brooklyn Museum on Monday, June 4, 2018, in New York.

Jenner, the highest paid supermodel in 2017, said she has other things to do: "More power to 'em. But I had a million jobs, not only catwalks but everything else."

After Love posted an excerpt of the interview on Instagram on Friday, the comments section blew up with some of "those girls" hitting back.

Model Ginta Lapina shared a screenshot of Jenner's quote with her take: "We all are hard working and worked hard to be where we are. Nothing was given to us," she wrote. Lapina also posted an Instagram story of herself during a shoot, writing "I gotta work" with the hashtag #ImNotKardashian.

Model Peyton Knight added her own hashtag, #EndThePrivilege, over Jenner's image in her Instagram story. "This kinda disrespect towards other models who have NO NAME for themselves walking into the industry is disgusting," she wrote. "We don't get to 'choose' which shows to do."

Russian model Daria Strokous responded, "'Whatever the (expletive) those girls do' is do their very best to make their way up AND try to make some money so that they can provide for themselves and their families," she shared on her Instagram Story. She added: "Oh, and it's 70 shows a season by the way."

Male model Xavier Serrano followed suit in the comment section, calling Jenner's interview disrespectful. "How you even dare to say that!" he wrote on Instagram. "Disrespect to all the models that we have to build our own way in the industry! (99% of us)."

In her own comment, German model Antonia Wesseloh acknowledged everyone is entitled to their own opinion, but wished Jenner would "be more down to Earth or at least know what her career is made of and be grateful at least".

While Ziff appreciated that Jenner had spoken openly about her mental health and maintaining work-life balance, she said she wanted to "explain why many models reacted the way they did".

"Many working and aspiring models – girls who aspire to have a career as successful as yours – struggle with various abuses on the job in what remains a largely unregulated industry," she wrote.

"Sexual harassment and assault, pressures to lose weight, late and nonpayment, relentless work hours, and excessive, unexplained fees that leave models working in debt to their agencies are among the many problems that models routinely face… models' fear of retaliation for speaking out about the abuses they suffer are very real."

On Monday, Jenner's rep Ina Treciokas told USA Today that the quote was "not what she meant".

"The quote was taken out of context," Treciokas said in a statement. "The point was that it's their path and 'the more power to them.' She admires their hard work and dedication. It's an accomplishment."

During the interview, the Keeping up with the Kardashians star said she scaled back on her modeling duties because she was "overwhelmed" and "on the verge of a mental breakdown".