A MUM shared how she revived a pair of filthy trainers which were destined for the bin, but got trolled online as people accused her of lying and buying a fresh pair.

Bianca King revealed her husband’s sneakers were looking worse for wear after only a couple of months, after they’d been through a lot of ‘mud and rain’. 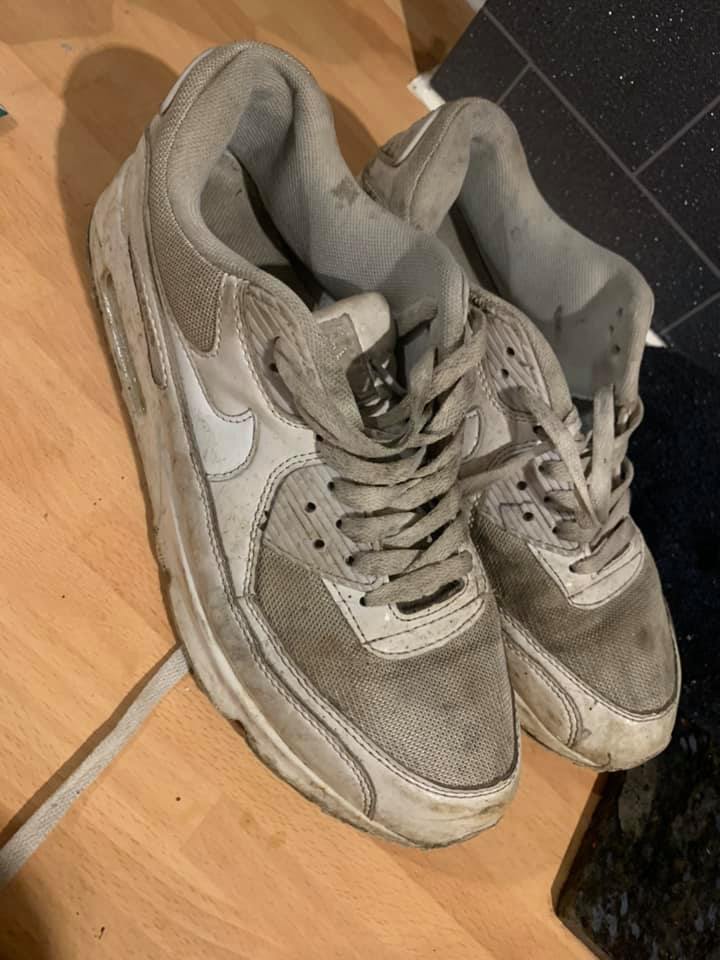 She was debating chucking them away, but before she binned them she tried to see if she could clean them instead.

Bianca used an arsenal of cleaning products on them, including The Pink Stuff and Elbow Grease, before giving them a scrub with a toothbrush and finally a spin in the washing machine.

Impressed with her results, she shared her handiwork to Facebook group Mrs Hinch Made Me Do It along with her step-by-step cleaning regime.

But the shoes look so bright and white numerous people accused her of lying, claiming she shared a snap of a brand new pair of trainers instead. 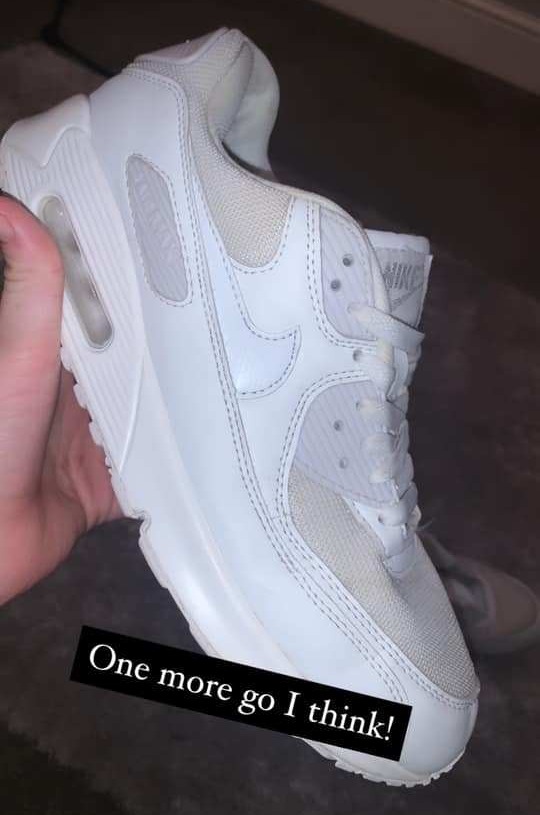 Bianca wrote: “Decided to have a go to see if I could get any life back in these before they went in the bin and I’m pretty impressed with the results!

“I sprayed on elbow grease first then soaked in The pink stuff oxi powder for around 20mins. ..

“Then scrubbed with a toothbrush with a small amount of bleach on, then into the washing machine with some ace stain remover.”

More than 1,000 people liked the post, as one person claimed: “Brand new on the right pic.”

For people saying these aren’t the same shoe they 100 percent are!

Another wrote: “Don’t look the same to me.”

A third commented: “The dirty one has two little holes along the seam. The white one doesn't.”

This person thought: “No way that’s never the same shoe. There’s no scuffs? You can’t clean scuffs out.”

Some people praised Bianca, claiming the shoes were identical. 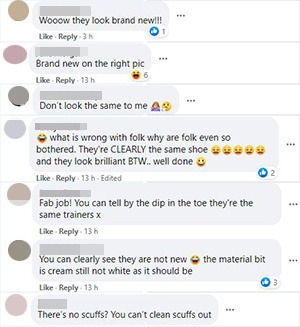 One person stated: “Fab job! You can tell by the dip in the toe they're the same trainers.”

Agreeing, somebody else wrote: “You can clearly see they are not new. The material bit is cream still not white as it should be.”

And responding to the disbelievers, Bianca maintained both photos are of the same pair of shoes.

She added: "For people saying these aren’t the same shoe they 100 percent are!

“See comments where you’ll see pictures of the worn down sole with bits of broken rubber as well as the other shoe that I’m yet to pick/brush the rubbery mastic off.

“The reason I uploaded the post in the first place and what I used was not for my own benefit but to help others save a pair of trainers as it was an effortless process.”

She added she was going to give them another once over to see if they could come up even whiter.

Meanwhile a cleaner faced with cooker thick with caked-on grime even Oven Pride didn’t work on gets it spotless with TIN FOIL.

And this cleaning fanatic shows how to get perfect-smelling laundry and all you need is a cheap sponge.

Plus this mum shows off the chore chart she made for her toddler to help with the cleaning & parents are copying her idea.