Home » Fashion » Mum-of-two claims she gets ID’d in pubs, hit on by younger men and stopped by the police for her youthful looks – so can YOU guess how old she is?

Earlier this week, Carol Vorderman was delighted when she was ID'd buying a mini bottle of wine in M&S – at the age of 57.

And she's not alone. We meet the ladies who've been ID'd in their 50s – so did you guess their ages?

Michelle Beckwith, 50, is a teacher who lives in Camden, North London

I get ID-ed if I go into a bar or club in town, especially if I’m out with young friends. I find it very embarrassing because they only need to look at my face to see I’m old enough! I don’t know if they’re having a bit of a joke – it makes me laugh!

When I was 33 the police stopped me to look at ID when I was on my scooter! I found that hilarious. 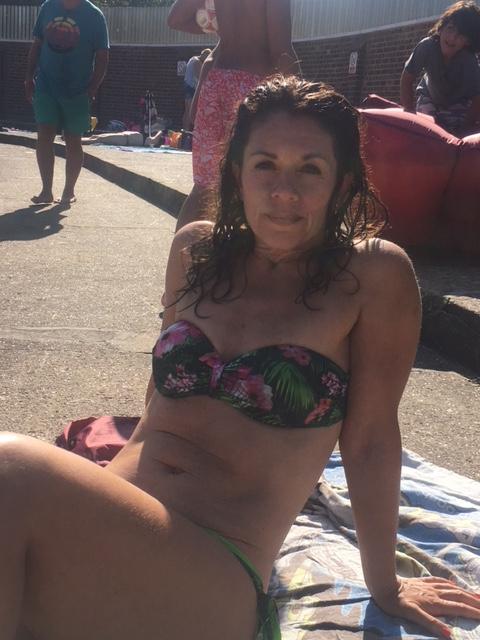 People do say I look younger, which makes me feel better than someone asking me to show my ID.

When I was walking on my way back home one night this week, some guy called out a compliment, saying, “What are you, 35?” Then a guy I was having a drink with happened to say the same.

I turned 50 in May, and I was very happy about it. I never used to say my age when I was in my forties, but I’m owning it much more in my fifties.

You’re not trying to look young so much, I think you just are what you are, and if you’re a good one and a healthy one, then that’s as good as it can be. If you’re light on your feet and playful, people think you’re younger than you are. 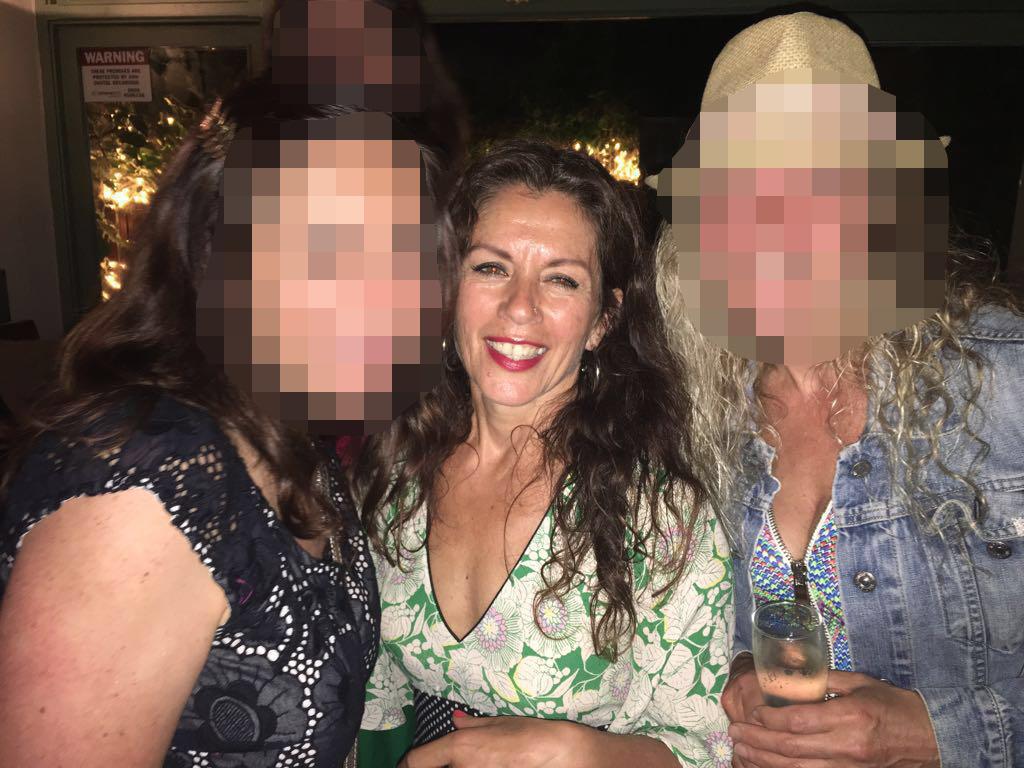 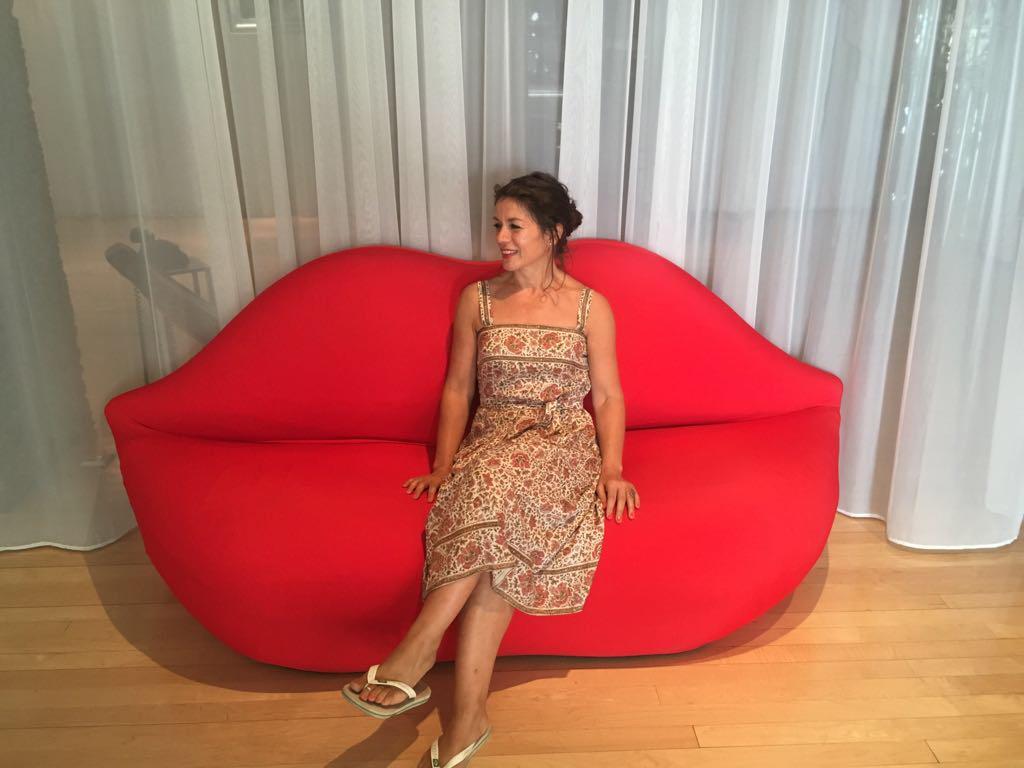 It’s hard to say how old I think I look – from the back I could be any age because I’m small. A woman I was working with recently said she thought I was 26! But I think I could probably pass for mid-late thirties.

Until recently I always dated younger men – as I got older they got younger! When I was 33 I dated a guy who was about 11 years my junior. The father of my kids is six years younger – and they always tell me he looks older than me, which I like to hear! 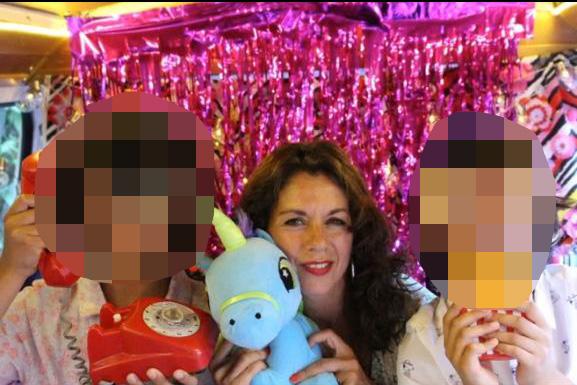 Now I like guys my age so that you understand each other – I think if they’re young they can make you feel older.

I think the secret to staying young is being in good shape and dressing for who you are rather than your age. What I wear is what I would have always worn – I’m still wearing clothes from 20-odd years ago when I was travelling; I enjoy fitting into stuff from then. My friends are also a mixture of ages, from late 20s up to my age.

I’m a beach person, I love being outside, I’ve been in a bikini all morning. I was probably more self-conscious when I was younger in a bikini than I am now!

Rae Radford, 56, is a social media manager who lives in Herne Bay, Kent 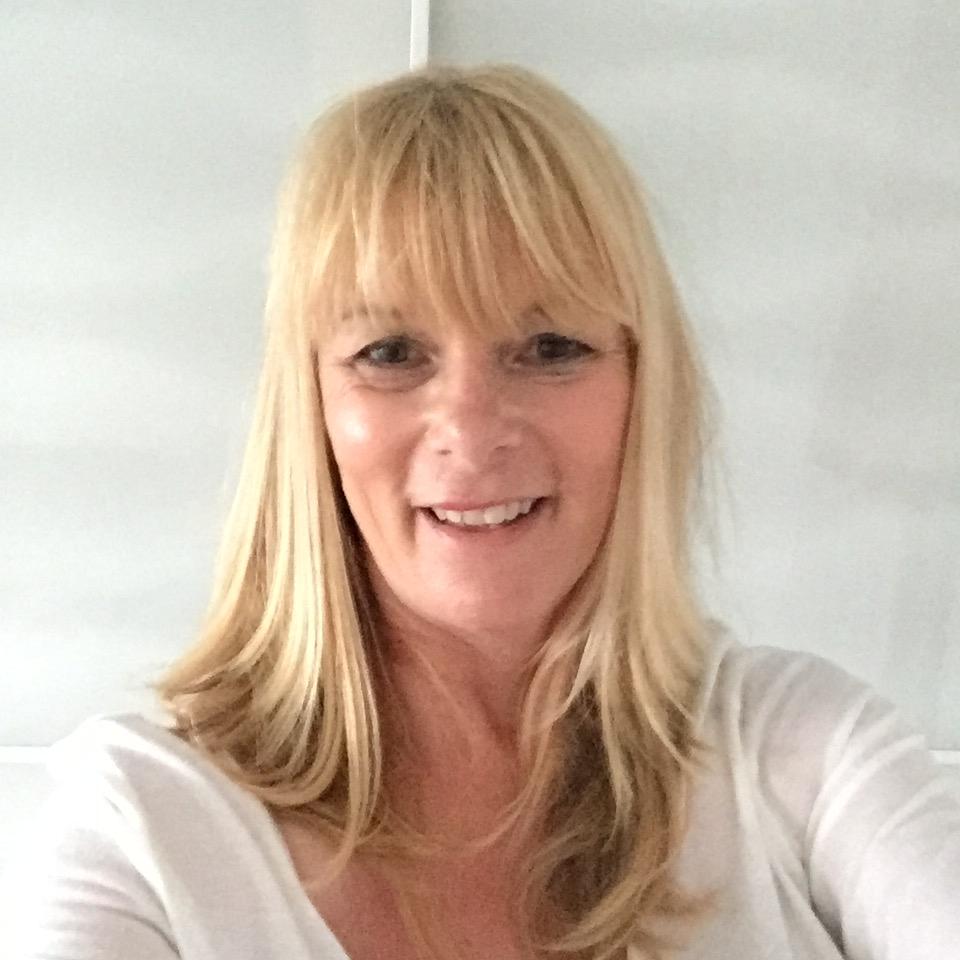 I was asked for my ID a year ago when I was going to a BBQ. I'd stopped off at my friends local shop to get some drinks. I was wearing a summer frock and had my sunglasses on.

I've got long blond hair too. I don't wear make up at home and if I'm going out it's usually just a bit of mascara and lipstick.

The guy at the check out caught a quick glimpse of me as I rushed in. I think it was a combination of the hair, the sunglasses and the dress that had him instinctively putting me down as someone a lot younger.

I was in a rush as well. I started looking around for the drinks section. I picked up a couple of bottles of Prosecco and a few cans of lager. At the counter I pushed my sunnies on my head and he then said "ID?" 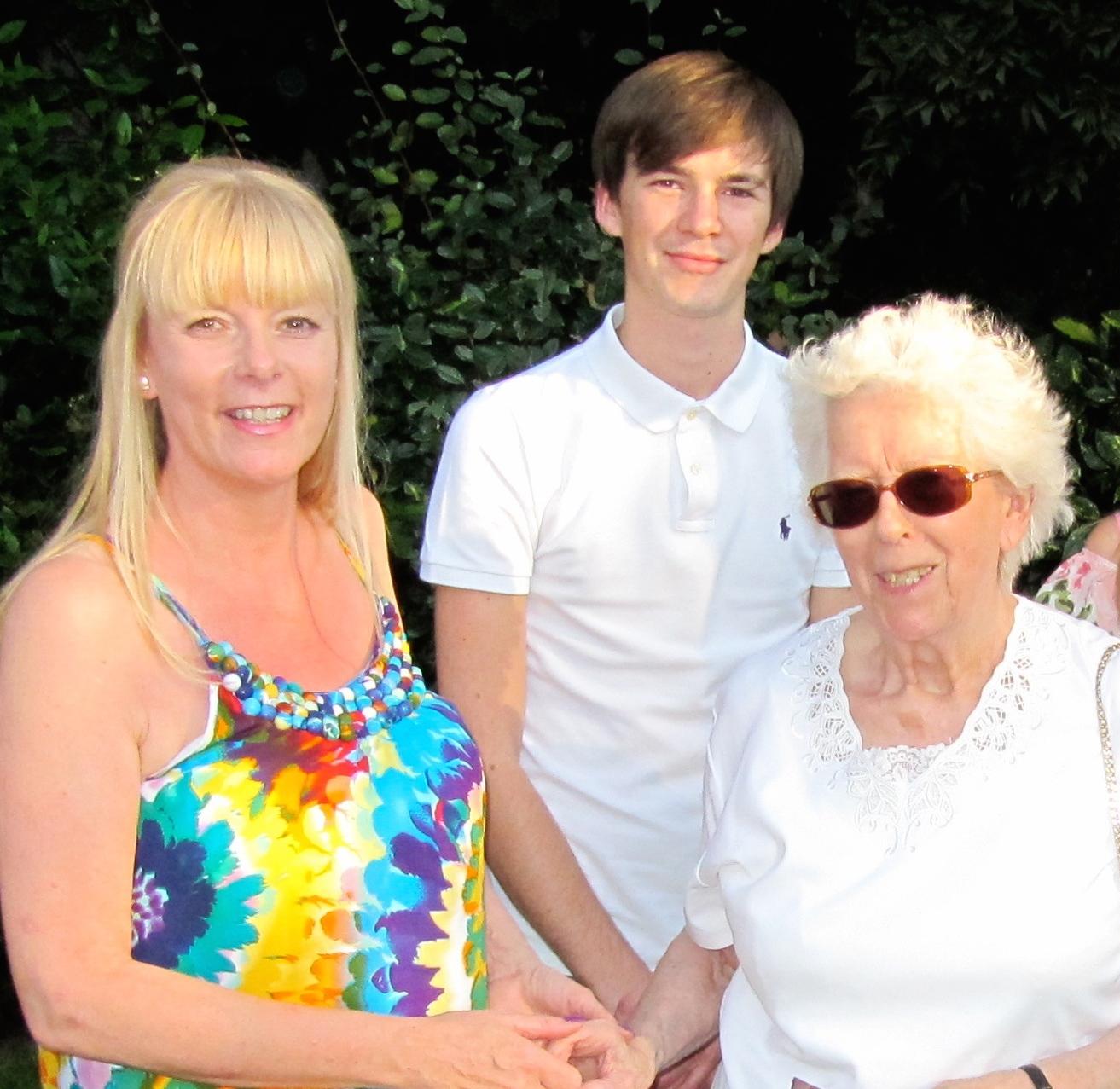 I told absolutely everyone about it afterwards! My son Darren, thought it was hilarious. Of course he had to make mum squirm asking if the shop assistant had a stick and an assistance dog with him too. 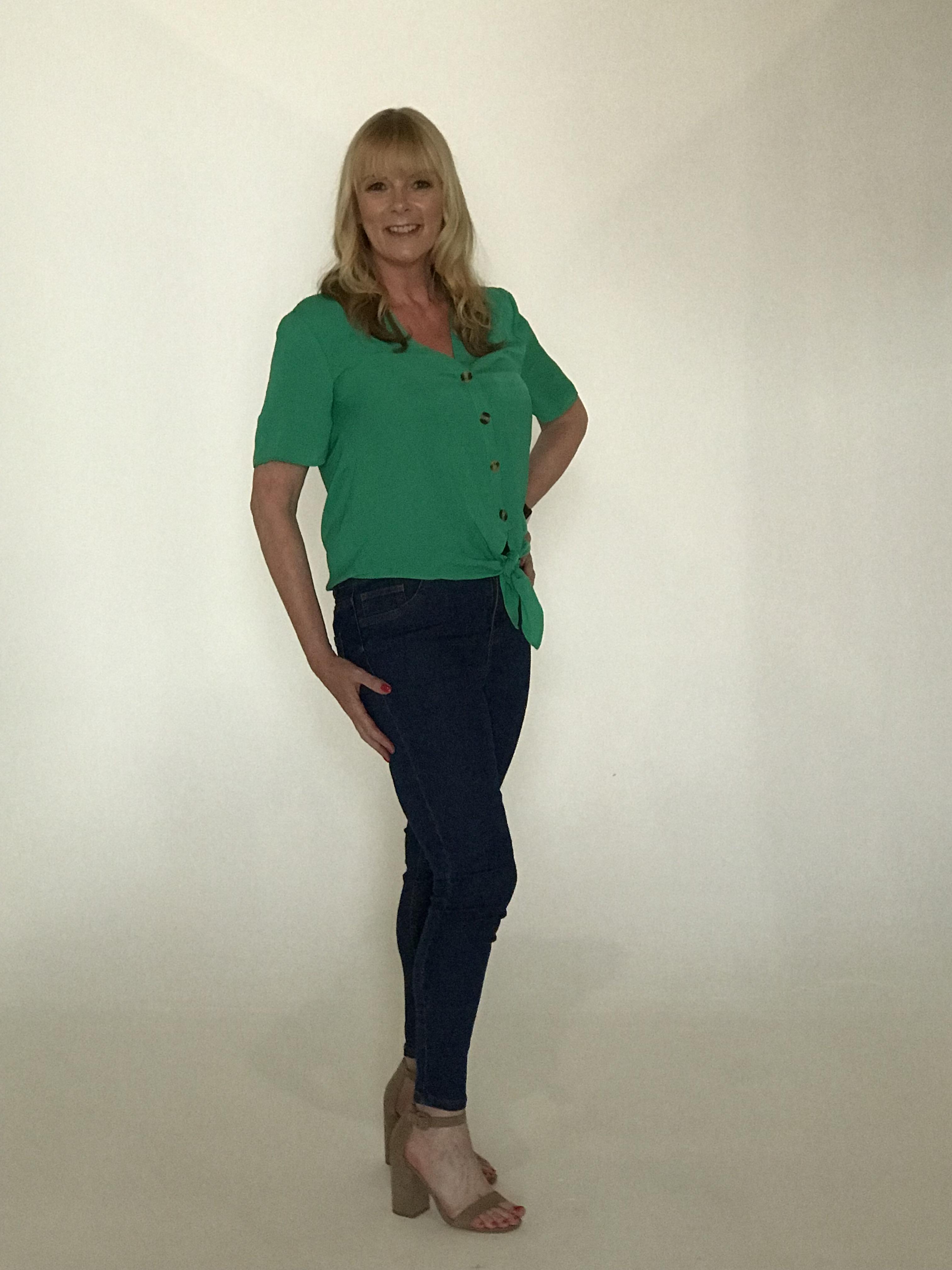 My girlfriends thought it was fantastic. My bestie is 14 years younger than me and I think that's why I don't look my age. Socialising with young people keeps you young.

I'm a high street girl when it comes to clothes and I like to dress on trend. I keep an eye on my figure and I am sensible although allow myself a blow out with food and drink now and again. No one wants to be a saint do they?

It also helps that I work with Millennials. I organise social media workshops for those in their late twenties – early thirties. They know how to use Twitter for personal use but not when it comes to business – that's where I come in.

Women in their fifties are having a moment – hurrah for us!

In more real life news, this woman revealed: "My boyfriend’s 8.5inch penis caused us to break up – because having sex was so ‘hard’."