The "gentle giant" had been suffering with the flu ahead of his collapse and, having called 111, had been advised to go to hospital.

Tests revealed he died on a blood clot to the lung, Teeside Live reported.

His wife Steph Swales, 33, from Loftus, North Yorkshire, told how they were planning to have more children together this year – something he was "excited" about.

She told Teeside Live:  "I was carrying him in because he said he felt faint, I had him held up." 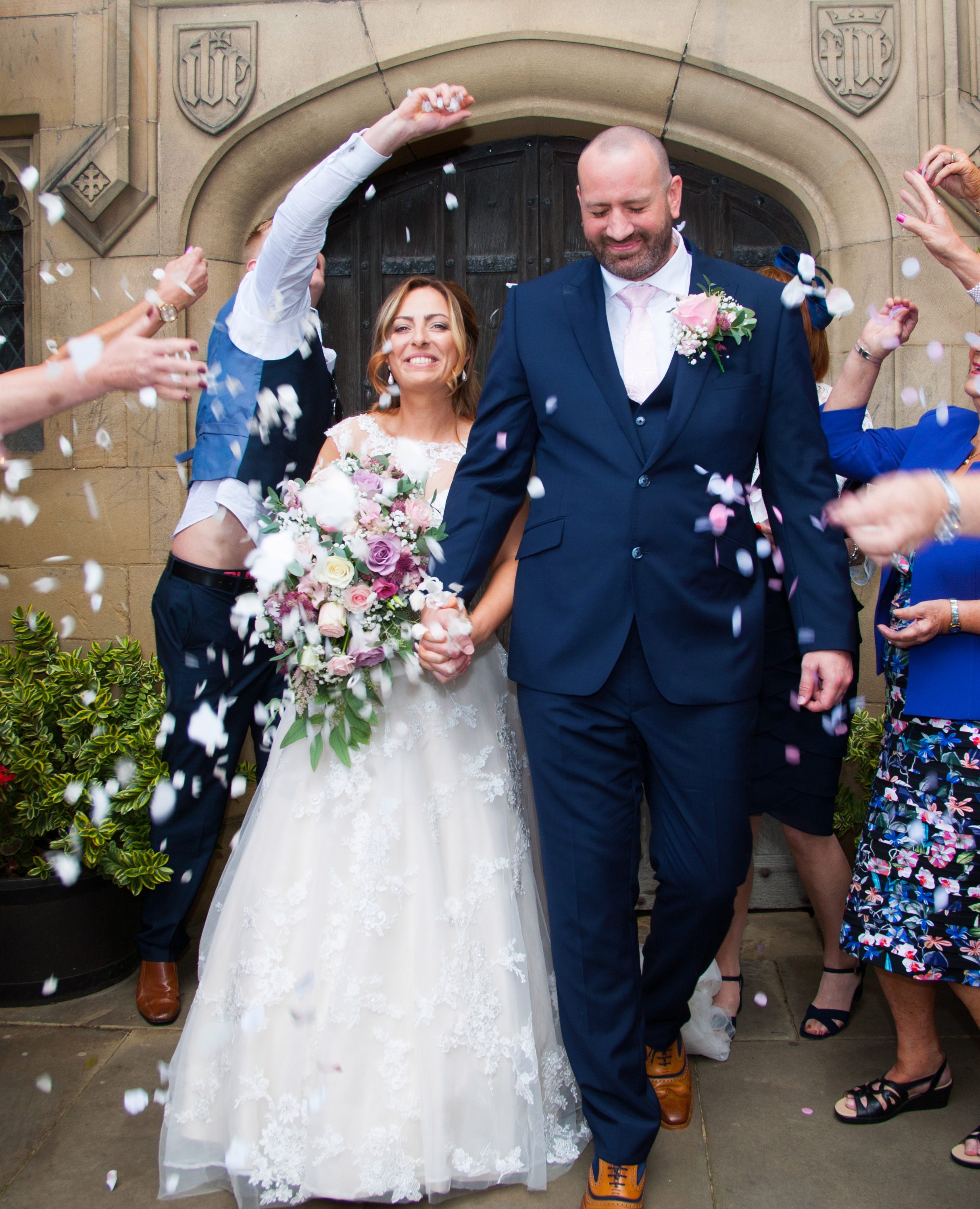 She continued: "As he went to sit down he collapsed and that was it, he never got up.

"All the doctors ran out and they were doing CPR with him, I was with him the whole time."

She said he "worshipped the group I walked on", adding: "He was just my big soppy man bear."

Steph revealed how Karl proposed two-and-a-half years ago on Valentine's Day while on holiday in Italy, having been a couple for six months.

They met in the pub and married in St Nicholas Church, Guisborough, in August 2017.

A mum-of-three revealed the tragic heartbreak of being widowed TWICE — and before 30.

The widow of a tragic groom who died hours after wedding says ‘I’m on a rollercoaster that won’t stop’.