Home » Fashion » My son, 17, died after inhaling deodorant – now I'm fighting to save other kids

AS A mum-of-six, Di Kendrick thought she'd seen it all.

But the 48-year-old, from Queensland, Australia, was horrified when she realised her teenage son's deodorant use wasn't about smelling nice, but a deadly sniffing habit. 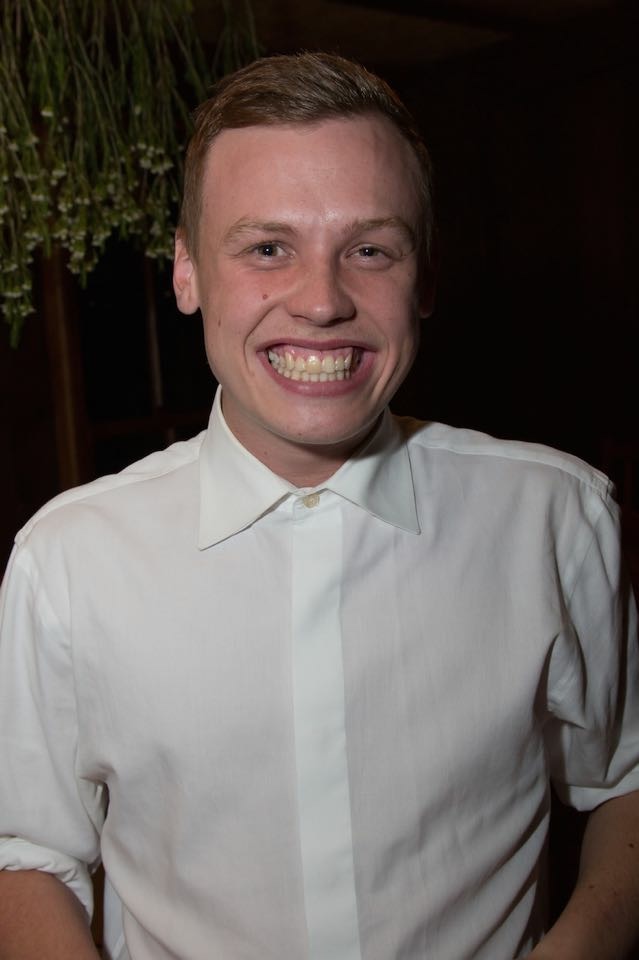 Tragically, Di didn't discover the truth until she found Nicholas, then 17, dead in his bedroom.

Speaking exclusively to Fabulous, she tells her story…

My daughter Katrina rolled her eyes. Her big brother Nicholas had paid her to clean his room.

“Mum, it was disgusting,” she sighed. “And you wouldn’t believe how many empty cans of deodorant there were under his bed.”

I laughed. “That’s smelly teenage boys for you.” 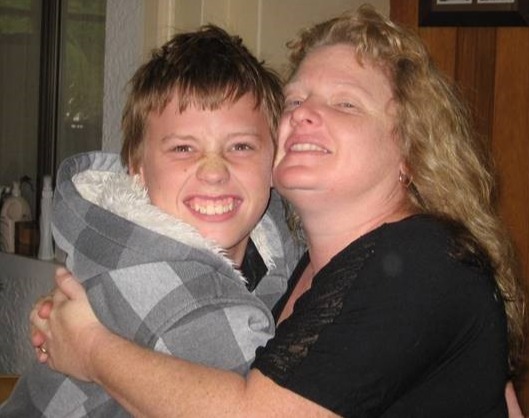 I had six kids – my sons Jason, Mark, Daniel, and Nicholas. Then two girls, Katrina and Bianca.

Having raised Nicholas’ big brothers, I knew a can of deodorant was as good as a shower in the mind of a teenage boy.

Nicholas was the easy-going joker of my pack, always fooling around with a huge grin on his face.

After splitting from my second husband, I moved from Sydney, Australia, north to Mackay in Queensland with the girls, for a fresh start.

I met a new partner, Glen.

Nicholas was 15 then and moved in with his dad, but spent all his school holidays and most long weekends in Mackay.

I often flew down to see him too. 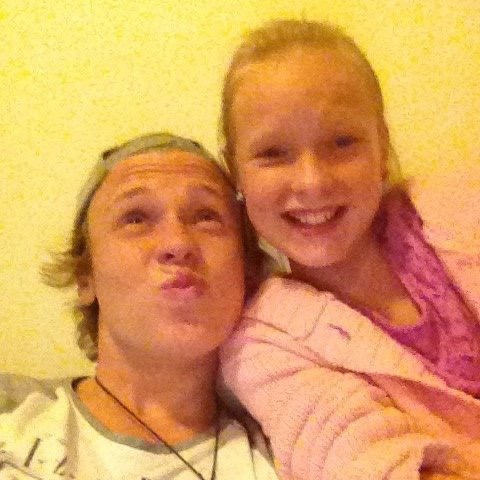 He wanted to be an electrician and got an apprenticeship, which meant 5am starts.

One morning, at 4am Queensland time, my mobile beeped with a text.

In November 2015 he left Sydney and his apprenticeship, to move in with us in Mackay.

I was thrilled to have him back. “If I find work Mum I’m staying,” he said. He’d recently turned 17.

Nothing had changed. He was still the same kid.

The occasional mood swing, a bit irritable at times, but what teenager isn’t like that?

There were two cans of aerosol deodorant under him. The moment I saw my son’s face, I knew he was dead. He was blue, lifeless

About a week after he’d moved in with us, it was just the two of us at home.

Nicholas had a swim in the pool while I was doing some housework.

“I’m going to have a lie down mum,” Nicholas said when he got out of the pool. I was mopping the kitchen floor.

“OK, if you’re not up for dinner I’ll come and get you,” I replied.

Later, when Glen got in, I went to get Nicholas up for dinner. He was lying on his side on his bed, with his back to me.

“Wake up,” I said but he didn't stir. I walked over and scratched his foot.

“Nicholas,” I said rubbing his leg. It felt strangely cold. Then I noticed his skin was blue. 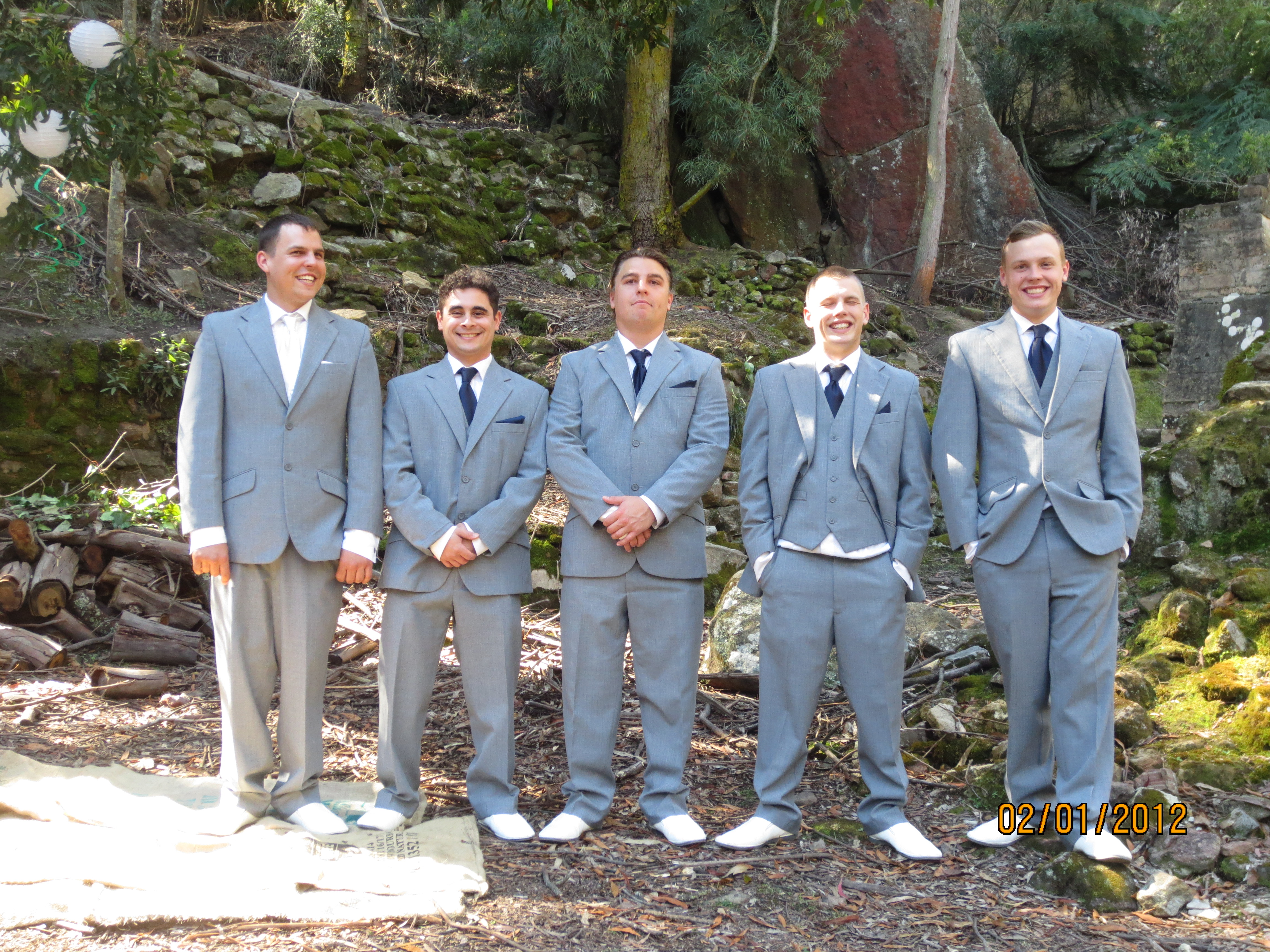 Panicking now, I quickly rolled him over onto his back. There were two cans of aerosol deodorant under him.

The moment I saw my son’s face, I knew he was dead. He was blue, lifeless.

In that moment, some vague memory of a story about kids getting high on aerosols came to my mind.

I knew that was what had killed Nicholas and screamed an almighty scream from the depths of my soul.

It rang in my ears. I never want to hear that sound again. It was like the howl of a dying animal.

Still screaming, I bolted out of his bedroom. Glen came running.

He took one look at my face and ran into Nicholas’ room, while I rang the emergency services.

“Help, he’s dead!” I screamed, not really making any sense.

In the background I could hear Glen.

“Don’t do this Nicholas, breathe!” he yelled.

He was huffing and puffing, giving Nicholas CPR.

I couldn’t go back in there and see my dead son. If I didn’t go in, it wasn’t real.

I’m a broken woman. I’ll never be the same mother I was. I live in terror of anything happening to my kids

Dazed, still screaming, I walked outside to wait for the ambulance.

In shock, I wandered onto the road. Cars had to stop and swerve past me.

A young couple got out of their car to help me. I kept screaming, sobbing. The young man had to hold me up to stop me collapsing.

His partner called the ambulance too. Two paramedics arrived – a man and a woman.

Nicholas’ room had a door opening onto the outside of the property.

The paramedics went that way, took one look in and shook their heads.

The female officer turned and walked towards me. I backed up, crying.

I was so heavily medicated for Nicholas’ funeral, which 400 people came to, I can’t actually remember being there. It still didn’t feel real. 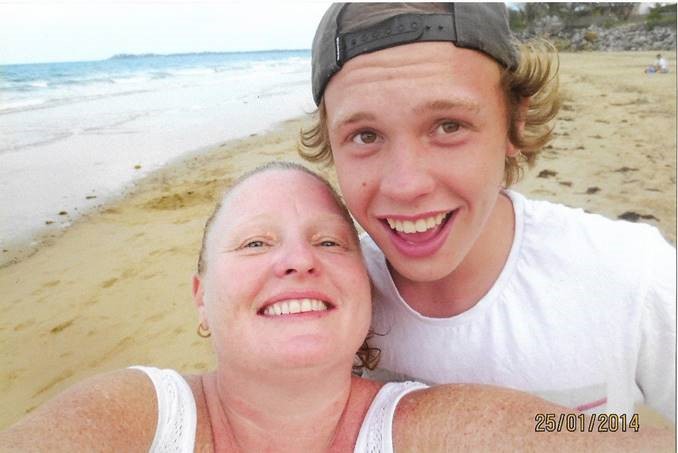 Afterwards, some of Nicholas’ mates told me he’d first started using aerosols, chroming as it’s called, when he was 13.

Like most people, I knew there were restrictions on selling spray paints to children because they used them to get high – but I had no idea they could use deodorant.

Nicholas’ mates all thought he’d given up chroming years ago. Even his best mate didn’t know he still did it.

None of them knew it was dangerous. Two of Nicholas' older brothers knew it was something he occasionally did, but hadn’t mentioned it because they didn’t think it was a big deal.

“I’d tease him about it mum, call him an idiot,” one of them said. “But it’s not like it was drugs. If I’d known it could kill him…” He broke down.

It wasn’t anyone’s fault – nobody seemed to know this was dangerous.

Those cans Katrina, now 18, had found under Nicholas’ bed haunted me.

“Why didn’t I do something then?” I wept to Glen. “How were you know love,” he hugged me.

Still, I felt like I should have known. A mum-of-six, I thought I’d seen and heard it all.

I’d had the talks with all my kids about stranger danger, sex, drugs and alcohol.

Nicolas' mates all thought he'd given up inhaling deodorant years ago. None of them knew it was dangerous

I wasn’t one of those mum’s who think their boys are all angels. I expected them to mess up occasionally. That’s what kids do.

But deadly deodorant? I didn’t have a clue.

Tragically, Nicholas had never had a problem sourcing his supply.

His dad, my first husband, worked for Unilever.

They got a free supply of products, including the deodorant he inhaled before her died.

Even if he couldn’t get it for free, nobody would suspect a teenage boy buying deodorant. Most mums would encourage them.

I learned that kids used all kinds of aerosols to get high, even bug sprays.

The chemicals in aerosols are just as addictive as any other drug – and can cause irreversible organ and brain damage. 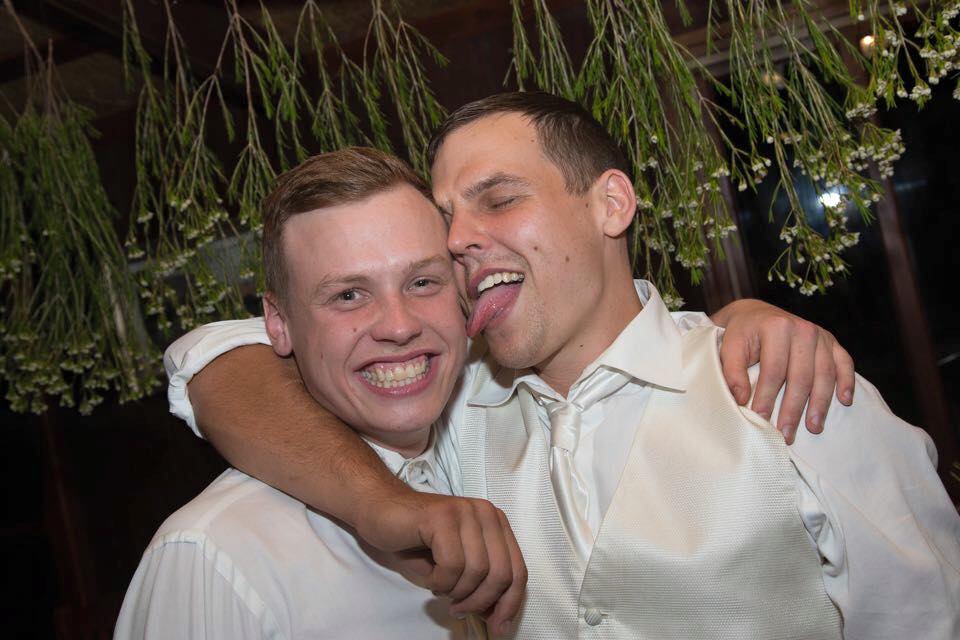 The symptoms of addiction are irritability and mood swings.

“Show me a teenager who isn’t irritable and doesn’t have mood swings,” I sobbed to Glen.

More needs to be done to change the chemical composition of these aerosols and raise awareness of the dangers.

Kids think "it’s just an aerosol, it’s not going to do me any harm". It’s worse than hard drugs because kids think it’s so harmless.

Inhaling deodorant to get high can be fatal, causing collapse and cardiac arrest, doctors have warned.

The activity is popular among teens, particularly those from disadvantaged backgrounds, and may account for up to 125 deaths every year in the USA alone, according to the authors of one report in the BMJ.

Inhalant abuse comes in three forms: direct inhalation, known as sniffing; inhaling through a piece of clothing, known as ‘huffing’; and ‘bagging,’ which involves using a plastic bag or balloon.

Hairspray and paint thinner can also be abused, with the first death linked to deodorant inhalation dating back to 1975.

“The main toxic substance in deodorant spray inhalation is butane. Butane is one of the hydrocarbons commonly used in propellants in sprayable household products,” the experts explain.

“Hydrocarbons are lipophilic [fat soluble] and therefore easily cross the air-blood and blood-brain barrier. It [butane] dissolves into tissues with a high fat content such as the nervous system, fat tissue, liver and kidneys.”

I’m a broken woman. I’ll never be the same mother I was. I live in terror of anything happening to my kids.

It’s been four years since Nicholas died. Birthdays, Christmas and anniversaries are a living nightmare.

“I wish I could get one of Nicholas’ 4am texts asking for a burger,” I say to Glen.

Some people might think there’s a danger in talking about what happened to my son, because it could encourage it.

But unless kids know the dangers, they’ll keep chroming.

My youngest, Bianca, 12, has even seen kids doing it in the school playground.

Getting hold of drugs or alcohol is risky for kids, but mum will buy you a deodorant.

Nicholas had his whole life ahead of him.

Now, his ashes sit on my piano next to a framed photo of him in his favourite Red Hot Chilli Peppers T-shirt.

And all because of a can of deodorant.