A MOTHER-of-three has revealed how she was relentlessly stalked by her ex-partner, who had a secret key cut for her house and hid in her shed to spy on her.

Sasha Wright, 34, was terrorised by David Ernest Ricketts, 35, for two years after their relationship ended. 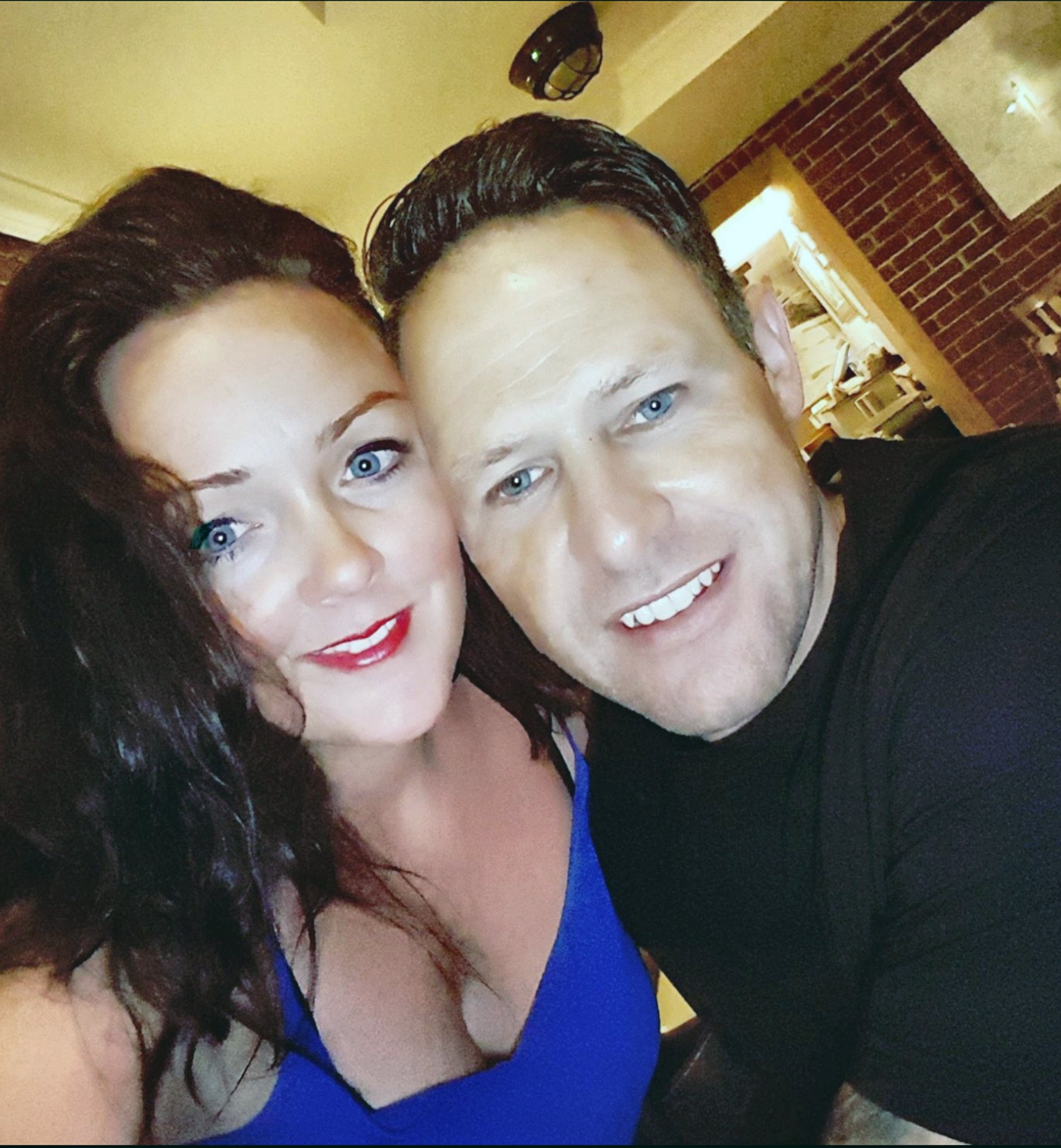 At the height of his stalking campaign, two Dorset police officers failed to arrest David and were later dismissed for gross misconduct after recording an inaccurate report.

While carrying out a welfare check in June 2018, the officers discovered David was at Sasha’s address in breach of a non-molestation order, but decided not to arrest him.

One of the officers later recorded a false log report claiming that David was not present.

In September 2018, David was jailed for a year, after being convicted of stalking. 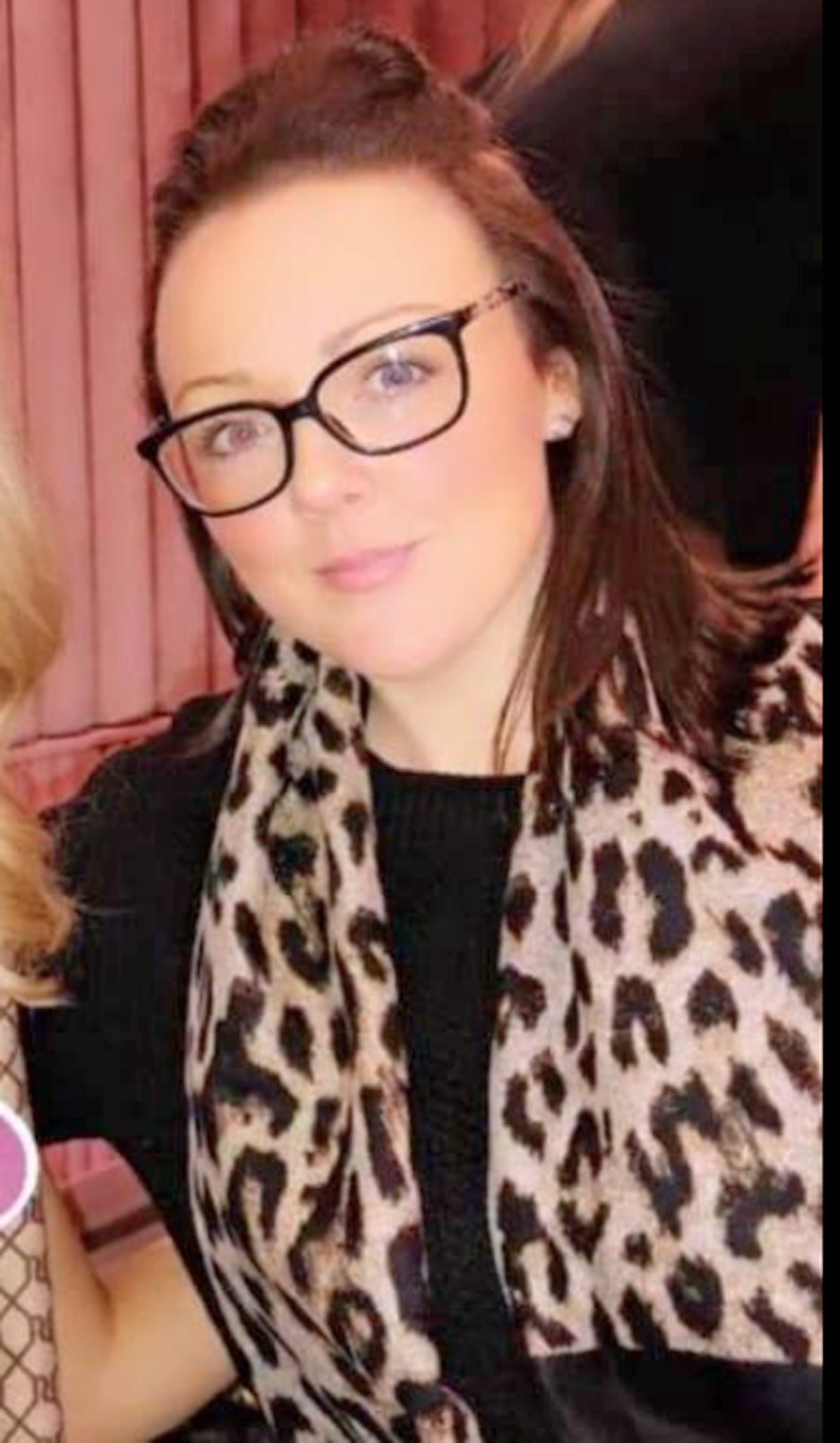 Now, Sasha is speaking out to highlight the importance of Clare’s Law and wants police officers to take stalking more seriously.

Sasha, a barista, says: “David is a dangerous man.

"The police should have arrested him when he broke the molestation order, but they failed to protect me from him.

“After the stalking, I had to completely relocate.

“I was constantly on edge and I’ll never completely recover.”

In March 2016, Sasha met David when she served him at the sandwich shop where she worked. 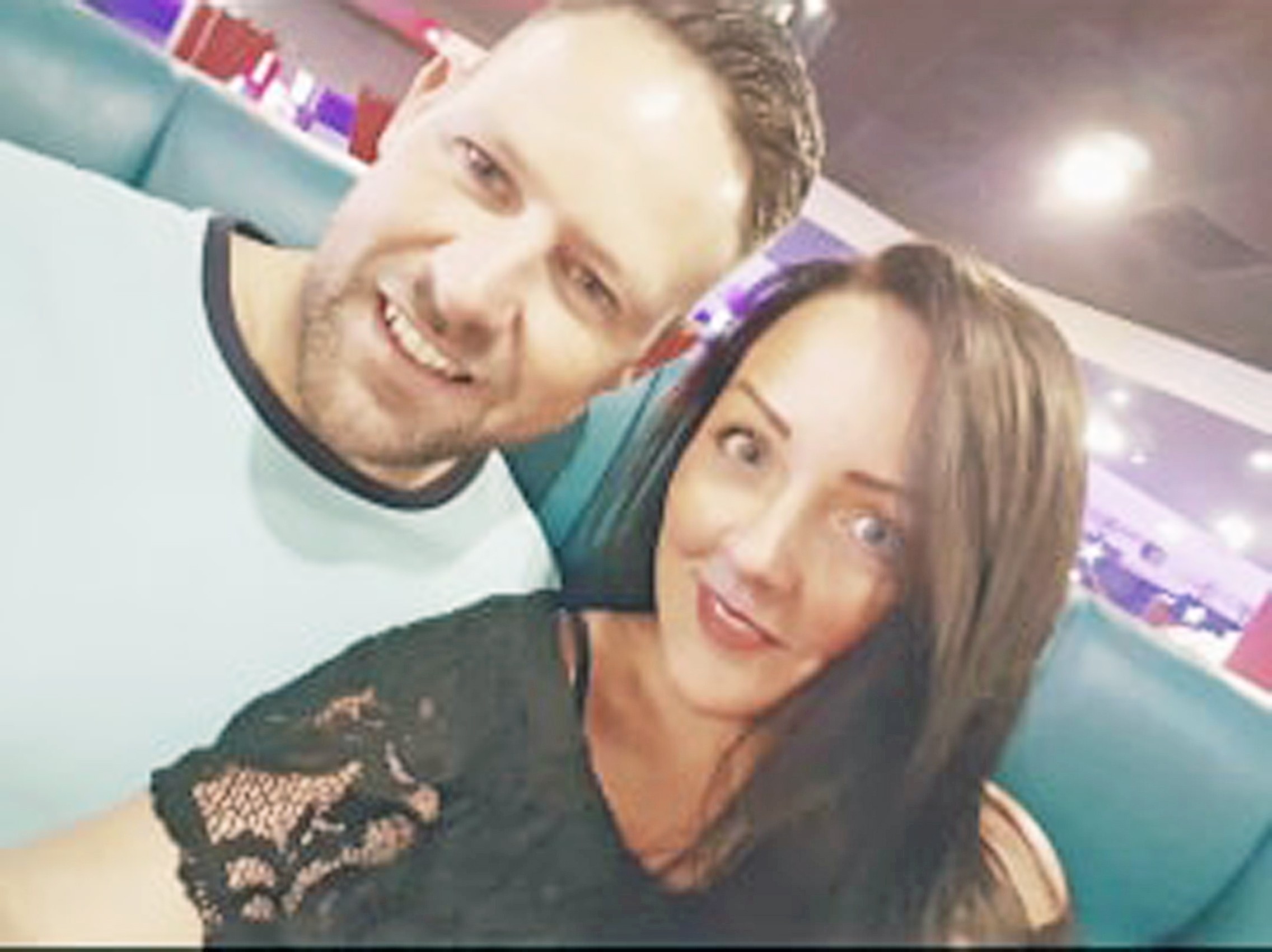 She says: “When we started dating, he was very charming and complimentary.

“A few months later I introduced him to my kids.”

In September that year, Sasha discovered she was pregnant with David’s baby.

Sasha says: “He became very possessive and demanded to know if I was cheating on him.

“One day, while I was out shopping, I spotted David watching me from a distance. 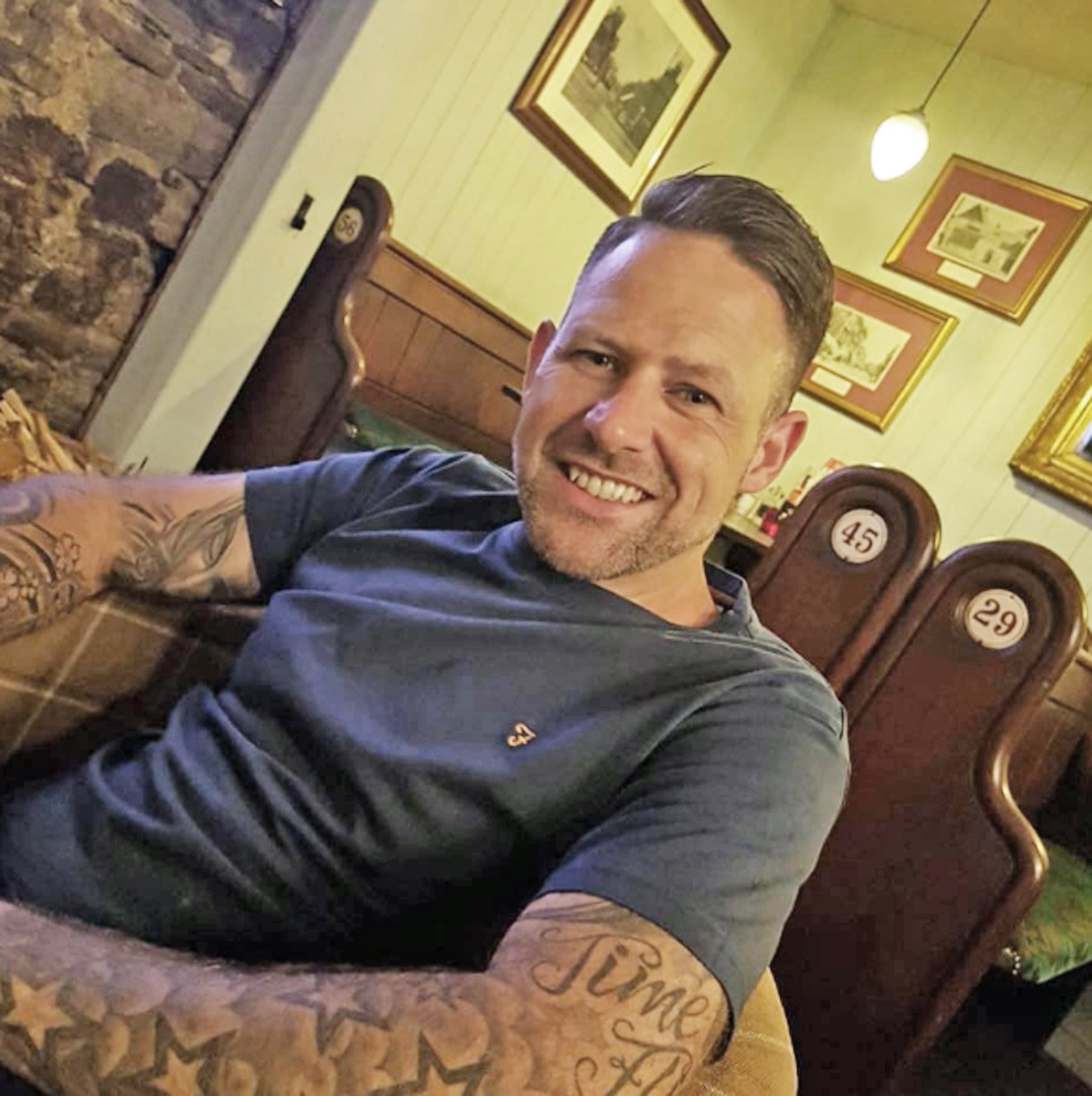 “When I confronted him, he denied it.

“But he started turning up at my workplace every day, demanding to walk me home.

“It was like he’d turned into a different person.”

In October 2016, two officers attended Sasha’s house to carry out a Clare’s Law disclosure following a request from a member of the public.

However, she claims that the officers who attended handed her a pile of paperwork to read. 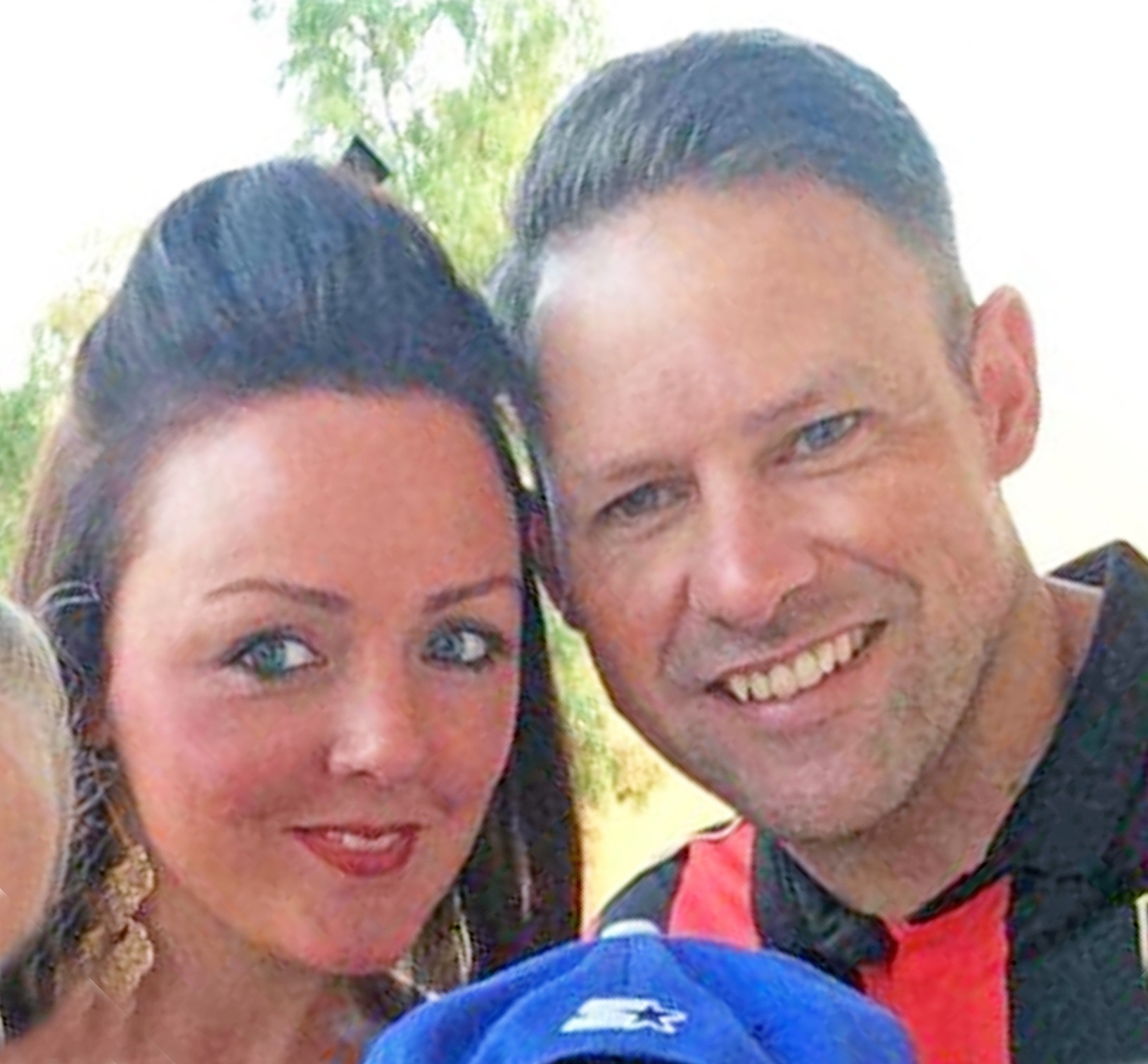 Sasha alleges that David’s previous assault convictions were not properly disclosed to her.

Instead, she claims that she was told the log reports weren’t anything to be concerned about.

Sasha says: “I was completely overwhelmed by the situation.

“They didn’t explain anything properly to me.

After the stalking, I had to completely relocate. I was constantly on edge and I’ll never completely recover.

“After their visit, I was left completely confused.

“It gave me the impression that he’d just had a toxic relationship in the past.”

She says: “After that, he bombarded me with hundreds of texts every day begging for me to take him back. 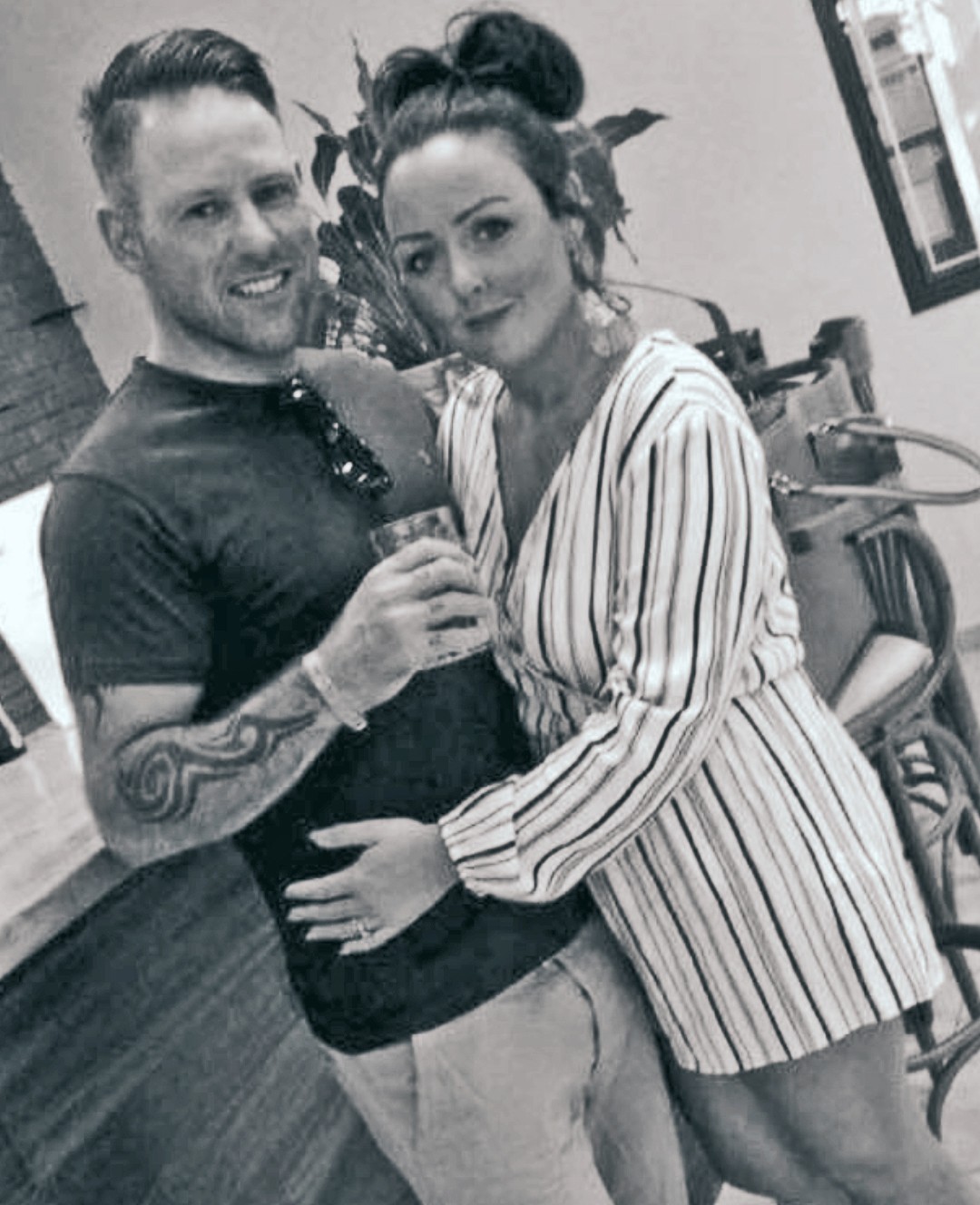 “He’d stand outside my house watching me most days.

“When I went out shopping, he would follow me around.”

In November 2016, Sasha attended her first pregnancy scan, and David was waiting outside the maternity ward at Poole Hospital.

Sasha hurried home and reported David to the police but they said they didn’t have enough evidence to arrest him.

Over the next year, David’s campaign of stalking intensified. 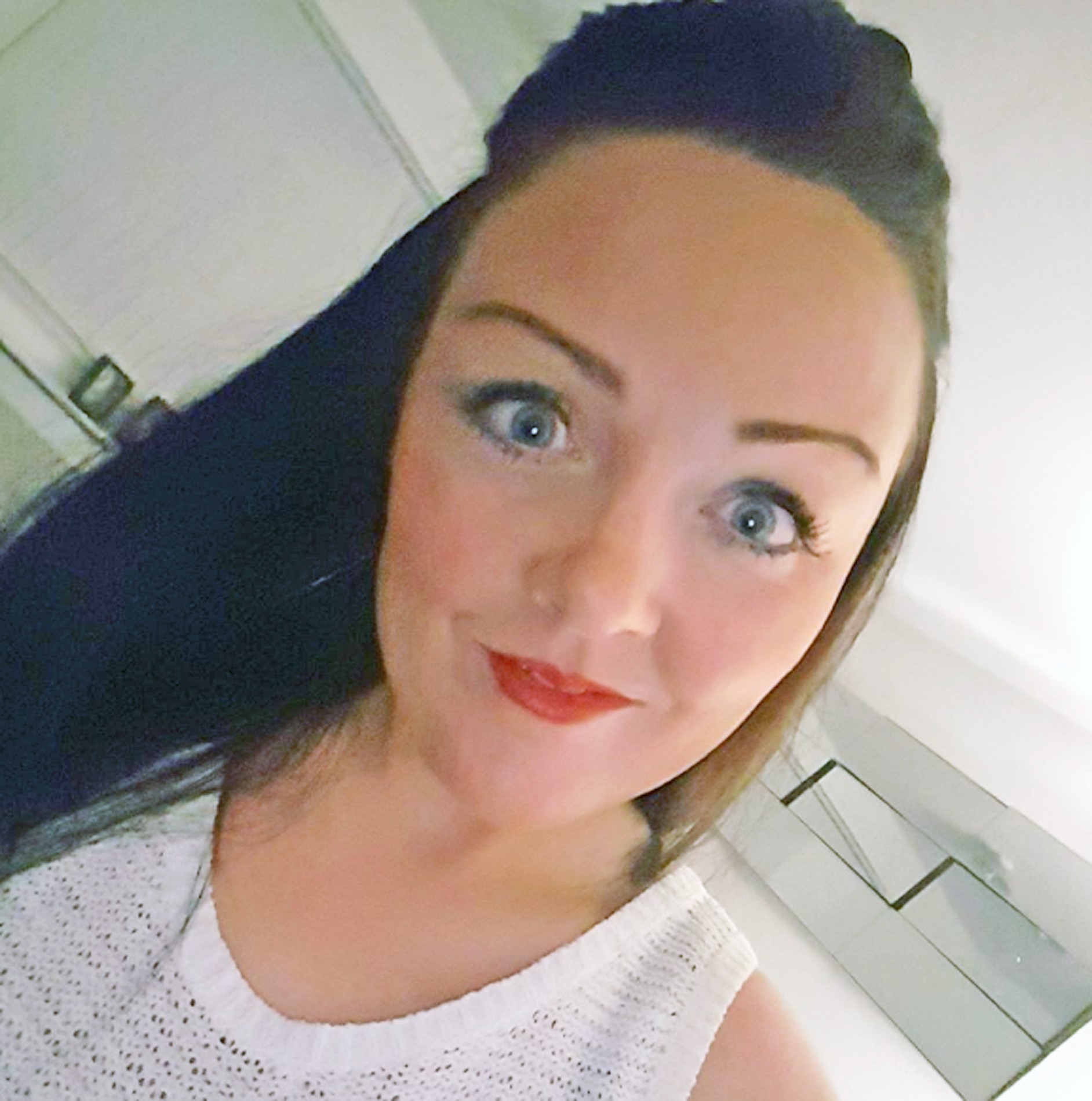 Sasha says: “I was constantly anxious and checked the windows and locks like clockwork.

“I was terrified he was going to kill me and my kids.

“I felt like there was nothing anyone could do to protect me.

“I was desperate to know if David had any previous convictions and begged the police to carry out a second Clare’s Law disclosure.

He’d stand outside my house watching me most days. It was terrifying.

“But they said that I’d already had one.

"By that point, I was heavily pregnant and I had a right to know if my family was at risk."

Eventually, in January 2018, Sasha was granted a non-molestation order banning David from contacting her.

However, he continued to stalk her, turning up at her house, following her in public, and sending hundreds of texts every week. 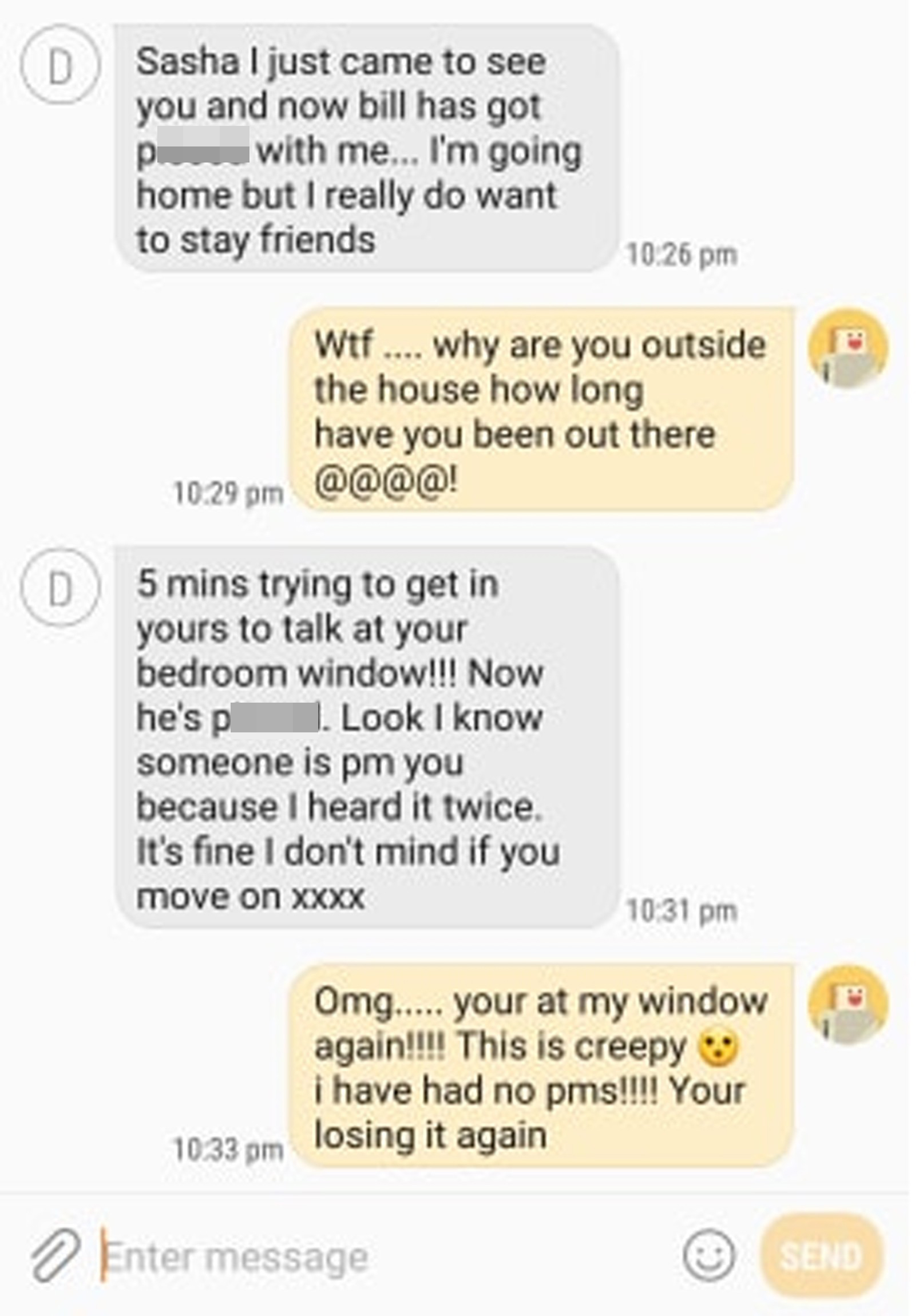 In June 2018, David turned up at Sasha’s home and demanded to see his newborn baby daughter.

She says: "Eventually, I let him in so he wouldn’t make a scene.

"Two hours later, two officers arrived to carry out a welfare check after being alerted by a neighbour.

"Because the non-molestation order was in place, I assumed they’d arrest him as he’d broken the conditions. 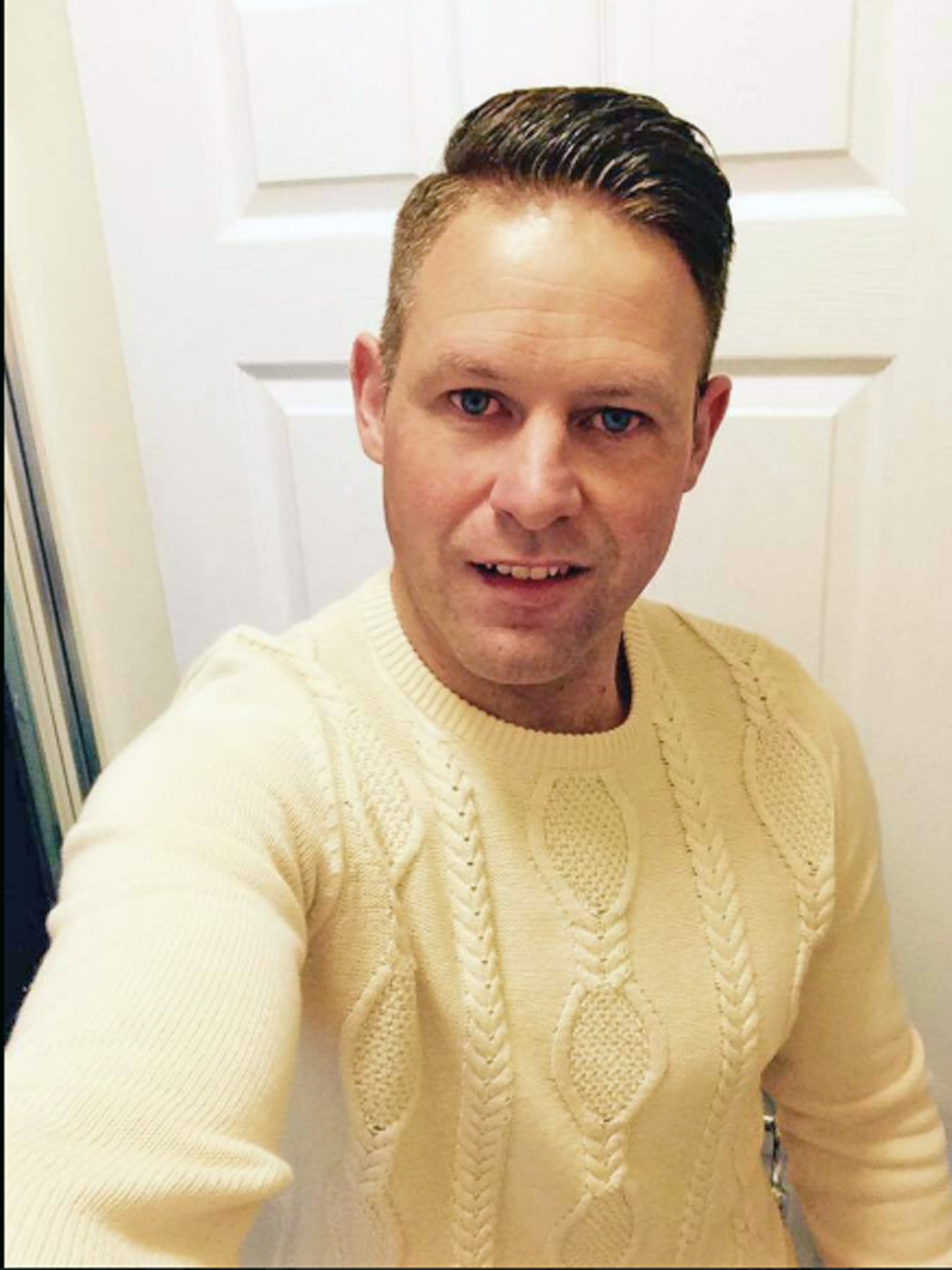 “However, they let him go.  I was completely vulnerable. It was disgusting.”

In July 2018, Sasha discovered David had been hiding in her shed after he convinced her 10-year-old son to give him his house key.

She says: “I was terrified.

“I notified the police but by the time they arrived, David had made a run for it.

“Then, a few weeks later, I found him in my living room where he showed me he’d cut a secret key for my house.

“I was terrified for my family.

"I begged him to leave us alone, but I felt like there was nothing I could do to stop him.

“Eventually, he left and I reported him to the police again.” 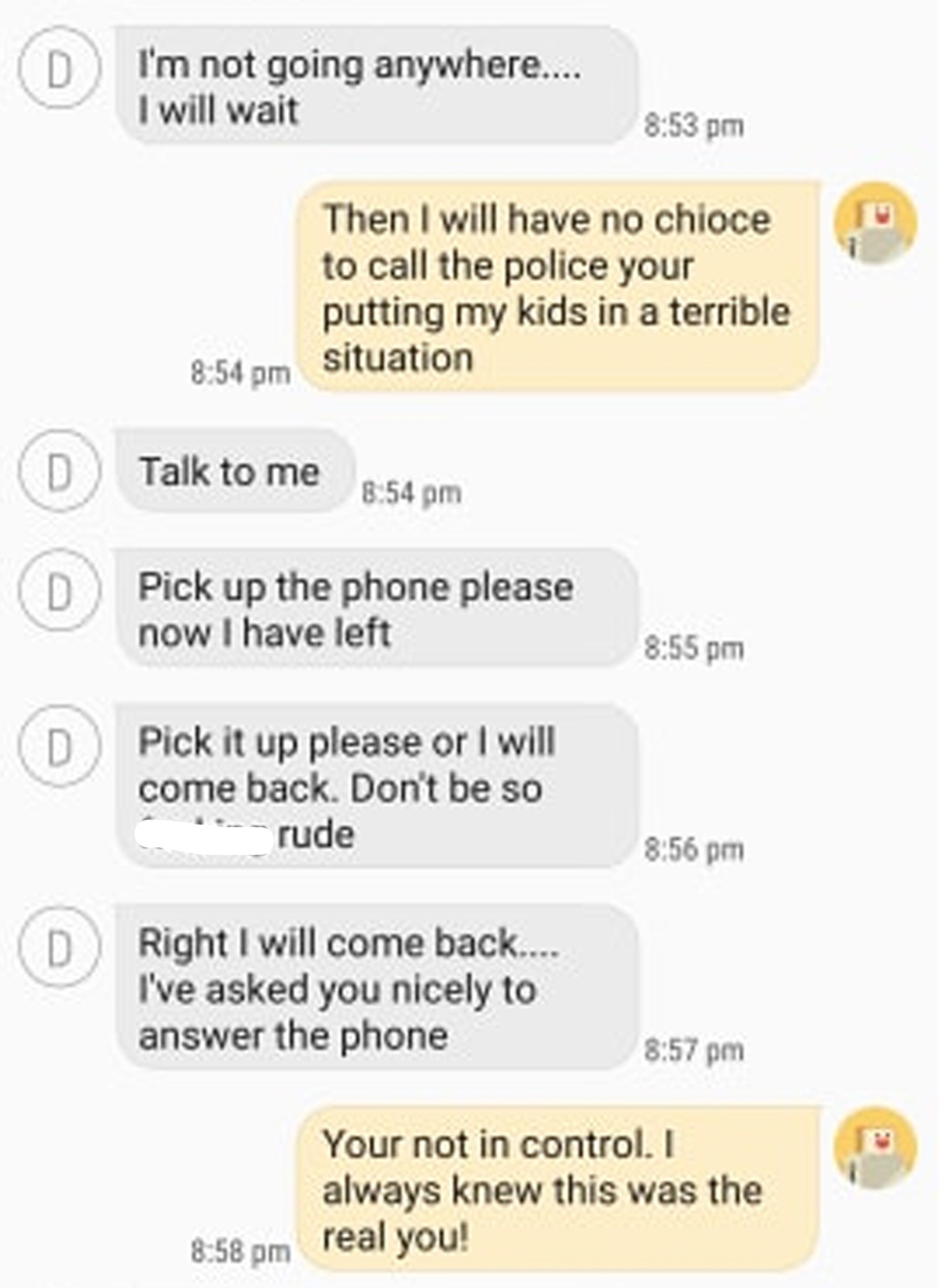 In September 2018, with the aid of a domestic violence worker, two officers carried out a second Clare’s Law disclosure.

It revealed that David had previous assault convictions against former partners.

She says: “In the middle of the disclosure, I broke down and cried.

“If I’d have known about David’s past convictions, I never would have dated him.”

He was jailed for 12 months at Bournemouth Crown Court but served just half of his sentence.

In January 2020, two Dorset police officers in Sasha’s case were dismissed after they were found guilty of gross misconduct for failing to arrest a man and recording an inaccurate log report relating to the incident in June 2018.

If I’d have known about David’s past convictions, I never would have dated him.

Sasha says: “It felt like a kick in the teeth.

“After the hell I’d been through David only served six months in prison.

“Those officers failed me massively.

“When they didn’t arrest David, I was left completely vulnerable.

“They were supposed to protect me and they didn’t.” 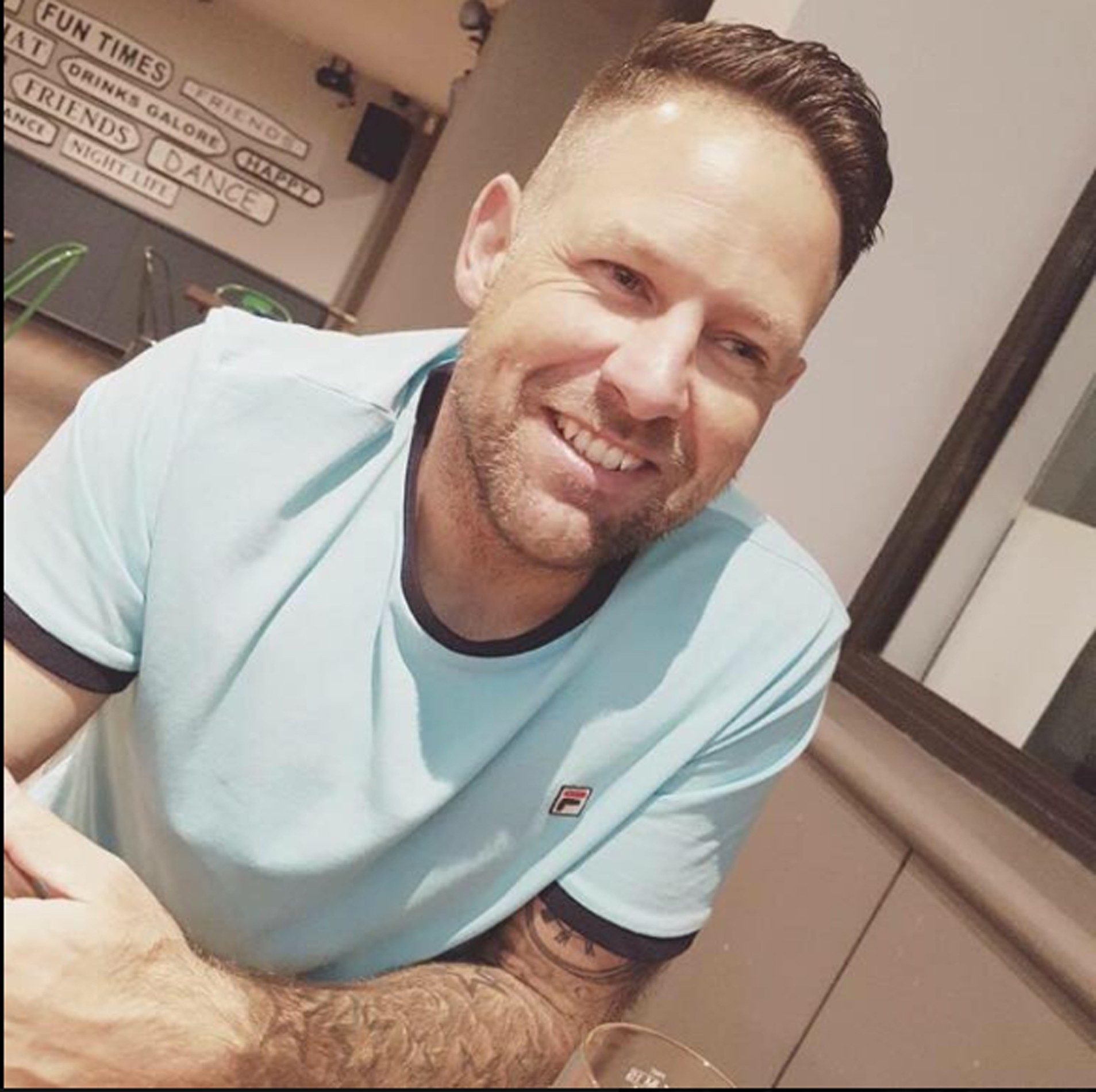 In August 2020, he pleaded guilty to harassment and committing an offence whilst a community order was in force -relating to another victim, at Poole Magistrates Court.

He was sentenced to 26 weeks suspended for 2 years, and handed a two year restraining order.

Now, Sasha is campaigning for a stalker’s register.

What is Clare’s Law?

Also known as Domestic Violence Closure Scheme, Clare's Law is intended to provide information that could protect someone from being a victim of attack.

The scheme allows the police to disclose information on request about a partner's previous history of domestic violence or violent acts.

It was brought in across England and Wales in 2014.

The scheme was introduced after 36-year-old Clare Woods was murdered by her boyfriend in 2009.

If you have concerns about your partner's background, you can apply for disclosure by going to the police.

You can visit your local station in person, call 101 or speak to an officer on the street.

Once you've made contact, the police may invite you in for a chat to put in the application.

She says: “Stalking should be taken as seriously as other types of domestic violence.

“I spent hundreds of pounds installing CCTV and a room with double-enforced doors to feel safe again.

“The impact of the stalking will stay with me forever.”

We shared how Matthew Wright reveals he and wife Amelia ‘lived in terror’ as stalker threatened to snatch their baby.

And a Covid nurse, 24, was set on fire by stalker ex who was also killed when she grabbed hold of him & refused to let go.

Probe to retrieve lunar rocks has landed on the Moon, officials say

Probe to retrieve lunar rocks has landed on the Moon, officials say

Kelly Clarkson Says Going Through a Divorce Is 'Horrible'