A self-taught designer, Hiroaki Sueyasu launched Kidill in 2014 to express his admiration for punk music and the grunge cultures he encountered in the 1990s. The brand will be making its Paris Fashion Week official schedule debut this evening with its fall 2021 collection.

Trained as a hairdresser in Japan, Sueyasu started learning about fashion as a hobby after he moved to London in 2002. The first item he made was a pair of denim pants remade from Levi’s.

“I bought clothes at secondhand shops and disassembled them by hand, sewing embroidery and stuffed animal accessory parts,” he said. His designs were first carried by London concept store The Pineal Eye.

The brand made its fashion week debut in Tokyo in 2014 and opened its flagship store Kidill Room in Tokyo’s trendy Shibuya neighborhood. He later received the Tokyo New Designer Fashion Grand Prix in 2017.

His approach to fashion resembles that of graphic artists from the punk age. The brand has collaborated with artists such as Public Image Limited, Sheila Rock, The Damned, Siouxsie Sioux, Peter Murphy, Jamie Reid and Winston Smith.

“Punk is not only a fashion style, but also a way of life and way of thinking, and as a mentality, I want to be a punk,” Sueyasu said.

For the new collection, Sueyasu collaborated with American visual artist Jesse Draxler on a textile graphic. “He is the artist that expresses the darkness by different methods such as painting and collage. I was completely fascinated by the beauty of jet black that he created,” he added. 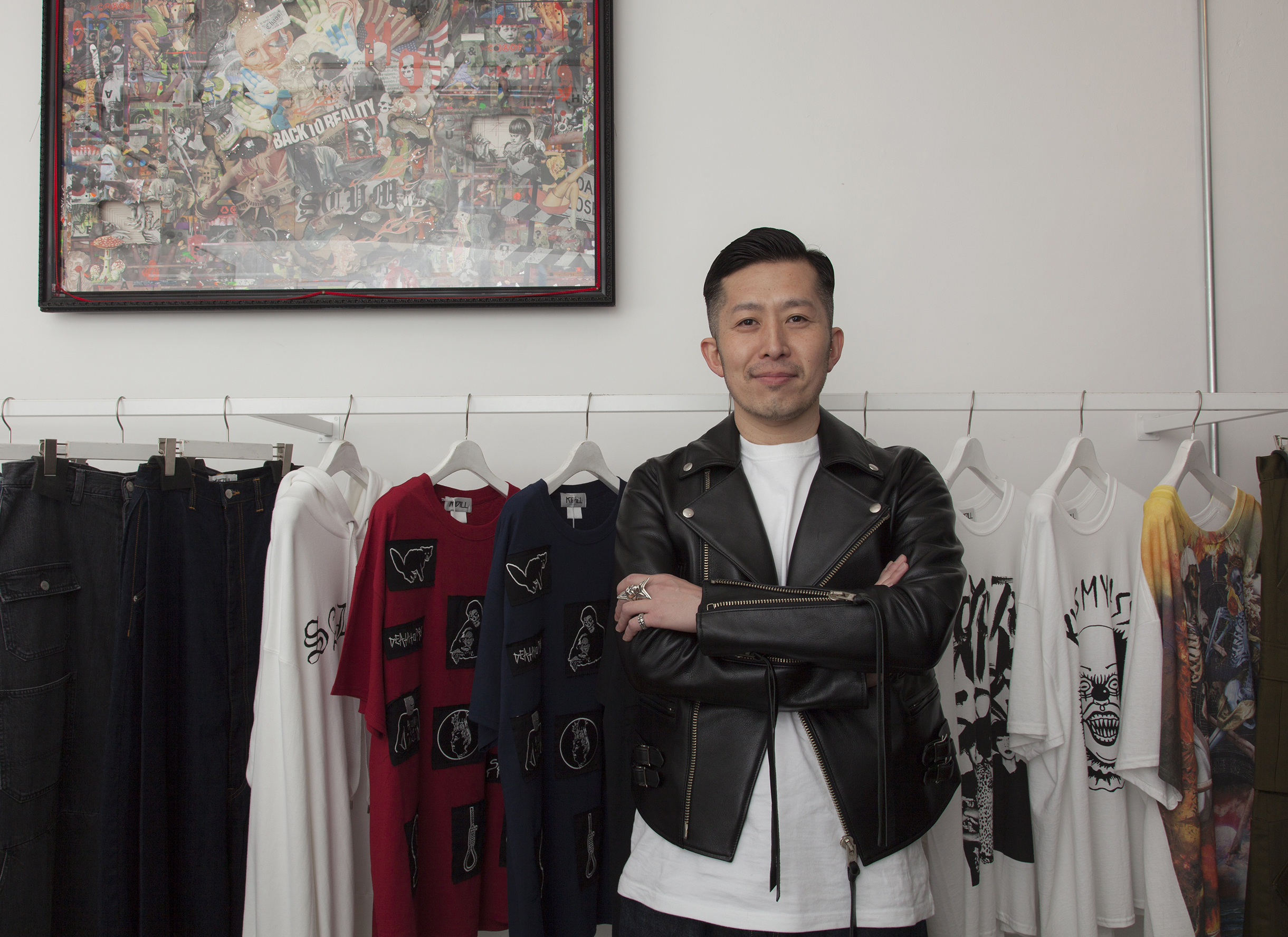 The brand also invited Japanese musician Keiji Haino, “the dark wizard of avant-garde rock” according to NPR, to perform during the filming, which took place last week in Tokyo.

“His way of life is punk, and he pursues his own style without compromise and practices it at a high level. He is also a very romantic man. Without being bound by the category of noise music, I was fascinated by his style that always incorporates new elements,” Sueyasu said. “Music and fashion are different genres, but I believe there is definitely a spiritual connection.”