FIRST there was The Dress which divided opinions across the world, then Yanny vs Laurel tested the differences in our hearing.

Now a new optical illusion is going viral – and it's all over a pair of Louis Vuitton trainers. 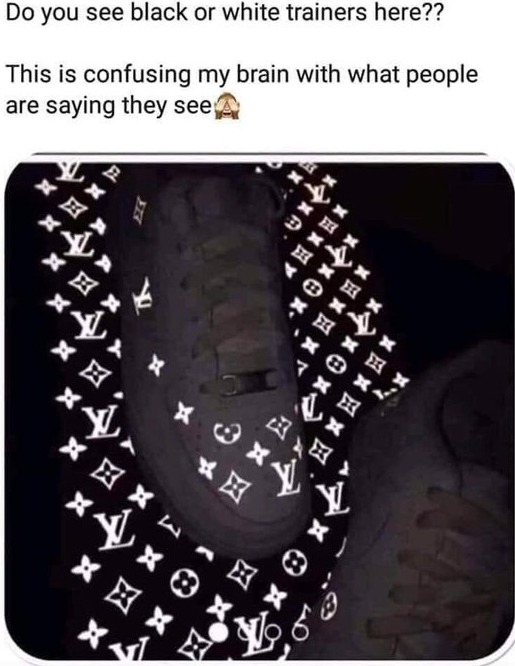 A snap of the shoes, covered in the brand’s signature logo, is causing a stir online with some people seeing the trainers as white, while others see black.

The trainers, which are pictured on a black-and-white background also featuring the designer’s logo, have left people scratching their heads.

A photo was uploaded to social media, where someone innocently asked: “Twitter are these white or black because all I see is white.”

Someone else asked: “Do you see black or white trainers here?? 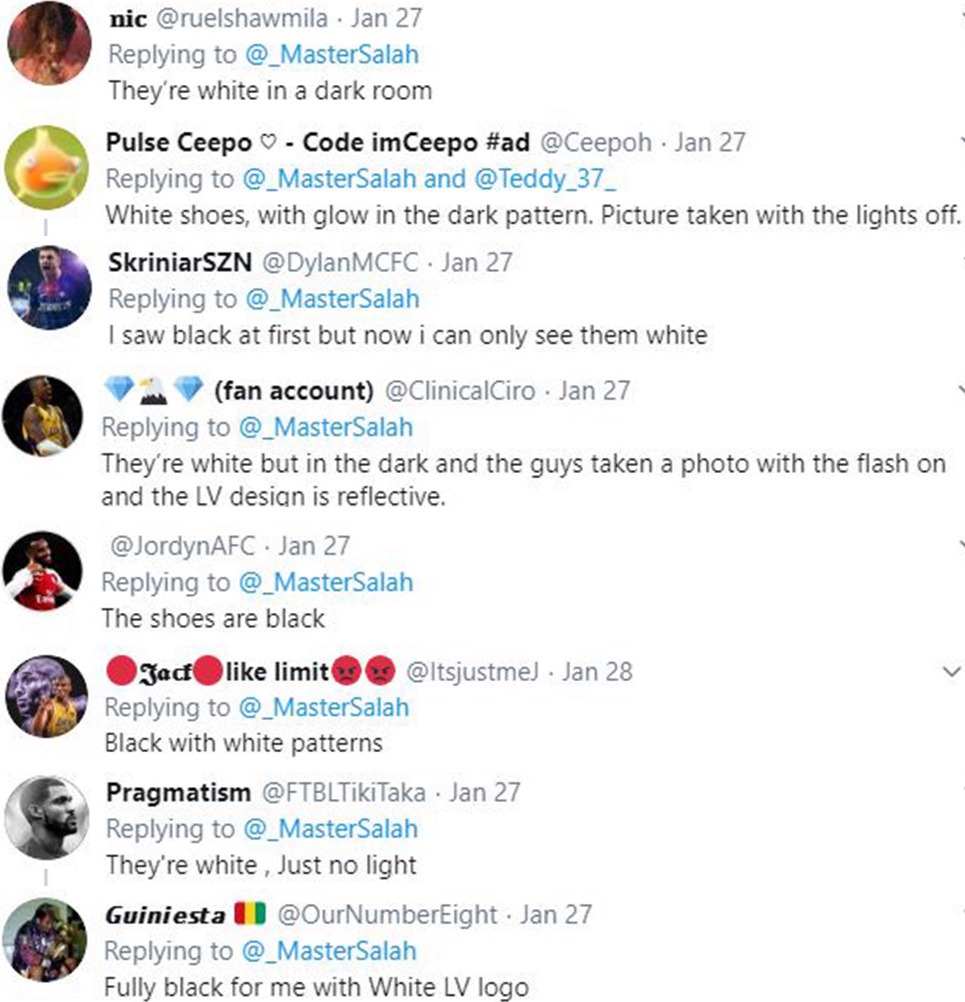 “This is confusing my brain with what people are saying they see.”

The post has racked up hundreds of likes, as the shoes divided opinion.

People claimed they see both black and white, with the reflective design thought to be skewing our perception of their true colour.

Commenting on Twitter, one person said: “Black with white patterns.”

Another agreed, writing: “Fully black for me with White LV logo."

But this person said: “I saw black at first but now I can only see them white.”

Another explained: “They’re white but in the dark and the guys taken a photo with the flash on and the LV design is reflective.”

While this person added: “White shoes, with glow in the dark pattern. Picture taken with the lights off.”

Meanwhile, this is the science behind the fierce Yanny vs Laurel debate.

These optical illusions made us look twice, but can you work out what’s going on?