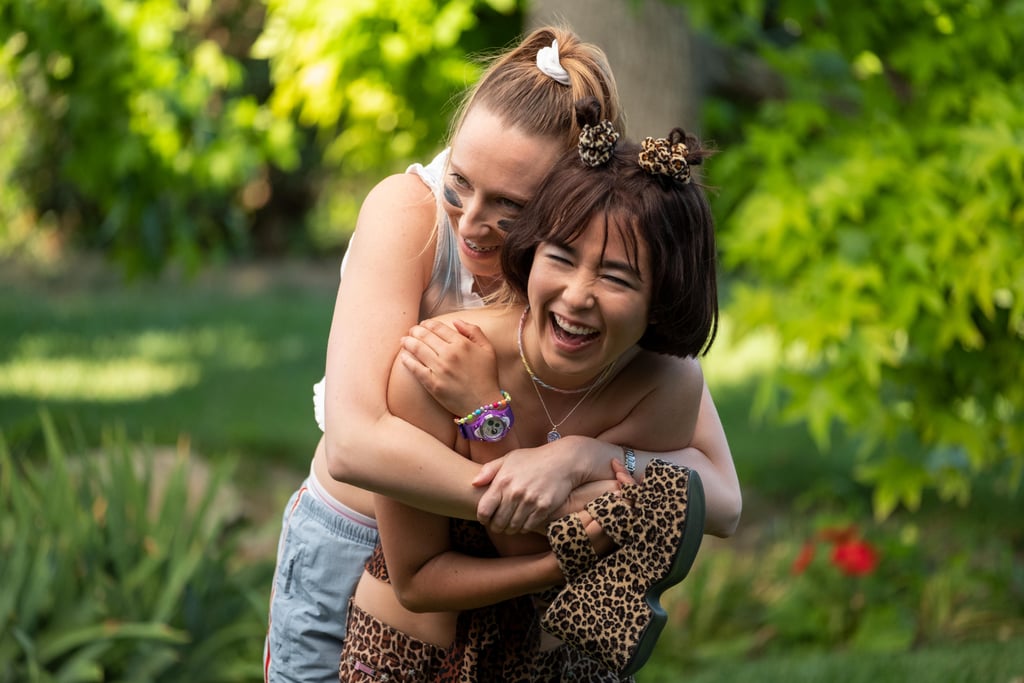 The fashion on PEN15 isn’t meant to be aspirational. The adolescent comedy series with a cult following, which premiered on Hulu in 2019, is centered on two relatably awkward and not yet self-possessed middle schoolers in the year 2000. So, why would it be?

Whereas other similar series like Gossip Girl, The O.C., and even Lizzie McGuire, to some extent, made it seem like teens and preteens were arriving to class in all sorts of trendy and distinct digs, PEN15 offers viewers reality: repeated outfits, practical backpacks, playful accessories likely purchased from a mall kiosk, and clothing items its protagonists have either grown out of or not grown into yet.

Costume designer Melissa Walker told Nylon in an interview last year that she had actually sourced inspiration from her own middle school years. “It was lots of fun, but completely cringeworthy,” she said. On some of the more unfortunate trends included in the series (ahem, maxi cargo skirts), Walker said, “There’s something about that time period that isn’t popular again yet, because early-’90s is popular now and late-’90s is still just, like, disgusting to us . . . and that, mixed with the feelings from middle school, I think played really well on each other.”

Even so, some of those trends are indeed creeping back. Though protagonists Maya and Anna aren’t meant to appear particularly sophisticated or fashionable, both characters wear items throughout the course of the first season that wouldn’t seem entirely out of place in 2020: Maya’s embroidered cardigan set, Anna’s preppy polos, so much kitschy camp jewelry, and even more scrunchies. Many of these trends have seemingly completed their sartorial life cycle, subsequently making their way back into stores, editorials, and shopping carts.

It’s still unlikely that PEN15 will influence fashion in the way that series like Sex and the City, Scandal, or Killing Eve have, especially when that isn’t its intended purpose, but who knows? There’s always season two. See photos of memorable first-season outfits ahead, then shop some of the trends that have managed to translate nicely in the present day. (We promise.)