A PREGNANT mum has hit back at nasty trolls who slammed her house as ‘dirty’ and ‘hazardous’, after she asked for tips on how to decorate.

The woman revealed she’d recently moved into a two bedroom, two bathroom caravan with her kids. 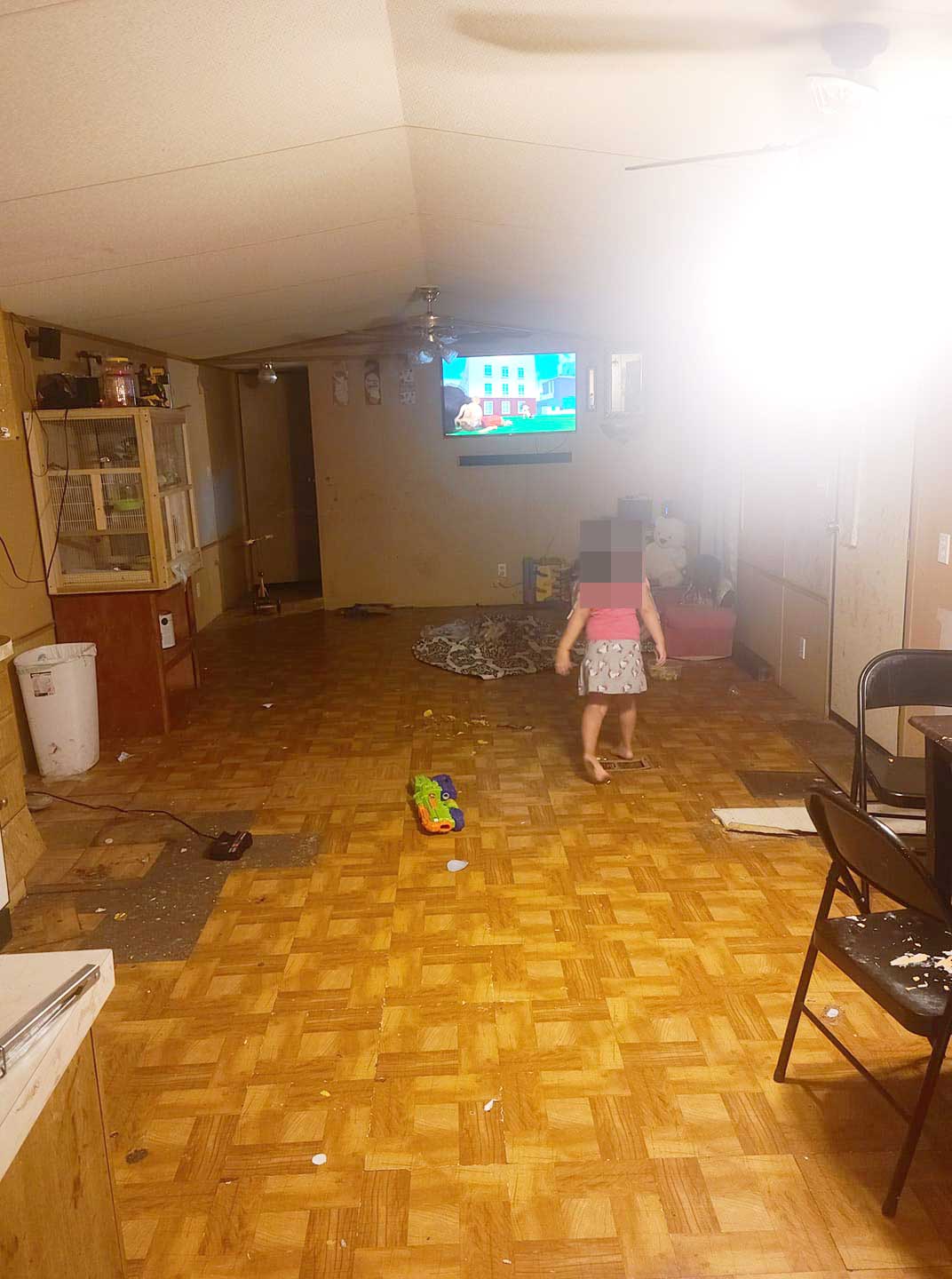 Faced with a mammoth renovation task, she shared a snap of the blank canvas to Facebook group Decorate Your Home on a Budget, but was immediately trolled.

The mum, who’s 38 weeks pregnant with a rainbow baby, after losing two pregnancies before this one, was forced to delete the post after receiving waves of abuse.

She later shared a snap of her children's’ bedroom after it was finished, as she hit back at the people who criticised her.

My kids are in no danger or hazard at all

The mum said: “I deleted my last post but for the people with the ‘kids are in danger, that house is a hazard, she should be ashamed of having a dirty house’, I just wanna add a few points.

“The picture was taken the day they were doing my kids room. Our first day here, of course it was a mess / dirty, we didn’t clean the house till they were finished with our kids room so I can do a deep clean…”

She confirmed the caravan had been “inspected by the state” who deemed it safe to live in, and the only issue was the flooring, which she’s getting replaced. 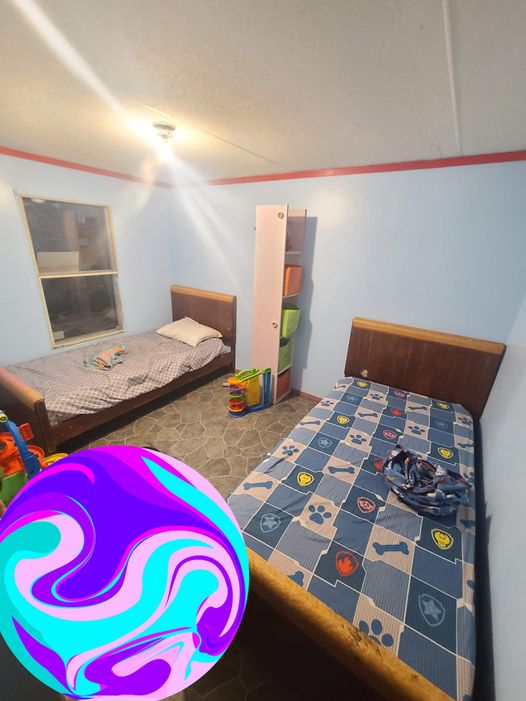 The mum defiantly wrote: “My kids are in no danger or hazard at all.

“I posted the picture for ideas on how to decorate / paint the room. I didn’t post it so I can feel ashamed or even cry because of the comments.

“I just moved here three weeks ago I still have my car full of decorative furniture, clothes and cleaning supplies that I can put but I’m waiting on new flooring.”

The mum added she should be on bed rest due to her pregnancy, but she was busy re-decorating as she ‘wants the house to be ready before baby is here’.

Hundreds of people commented on the mum’s fierce post, as they praised the hard work she’d put in.

One person said: “I saw your first post & I thought it was fine tbh. It's not like you could see bugs or rat droppings or dead rodents.

“You stated in the post that you were just moving in.

“Honestly, the floor just looked like it needed replaced, which is not a safety hazard lol. not everyone can afford a $150k+ house that’s move in ready, I know I sure can't.” 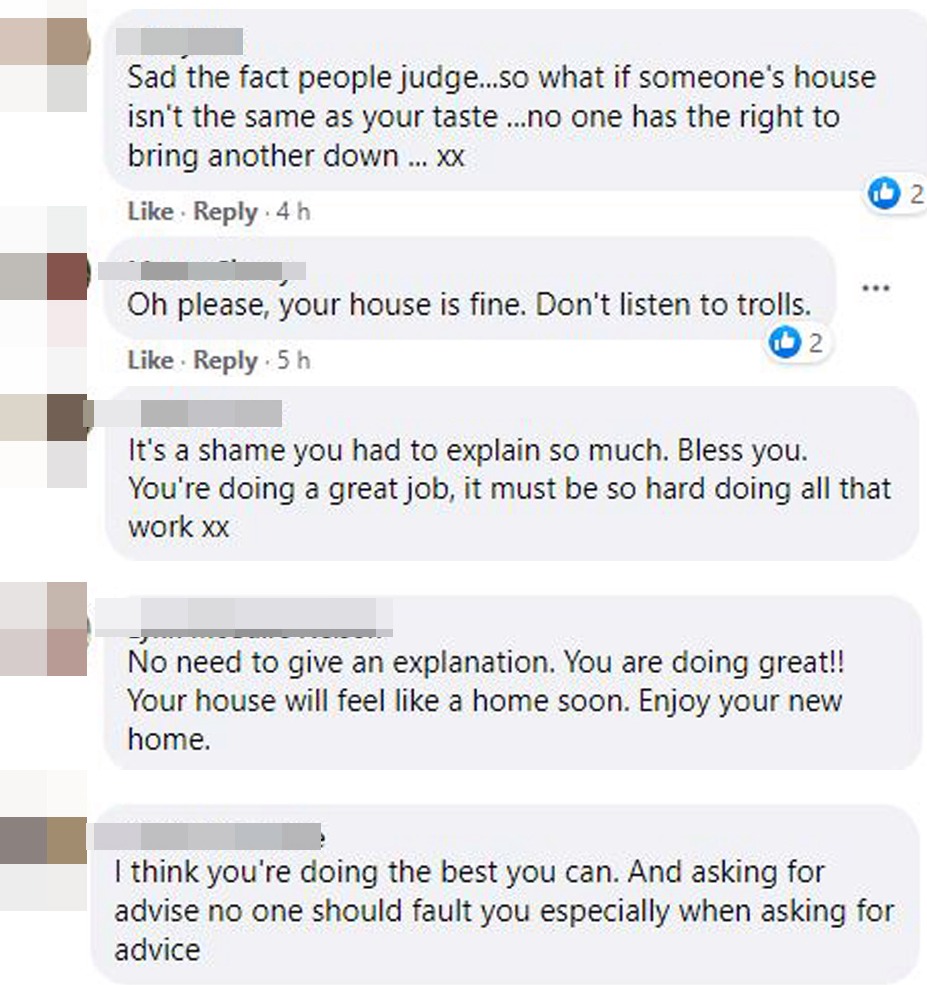 Someone else wrote: “I saw your original post. There is nothing wrong with your new space, yes it could do with some home touches, a lick of paint and personal things (to make you feel comfortable I might add) but as for anything else, I could see the pure potential.

“Surely most people have moved into a house and it wasn’t how they wanted it or needed some updating etc.”

And this mum who lives in a one-bed flat turns CUPBOARD into a bedroom for her toddler but some moan she’s putting him at risk.

Plus this mum-of-two who let laundry pile up after her son was born finally tackles the mess & she can see her floor again.

In other news this woman updates her bedroom with some chipboard panelling, but people aren’t convinced by the makeover.