Christina Spirig, a pole dancing instructor from Switzerland, continued her sport up until her last trimester. 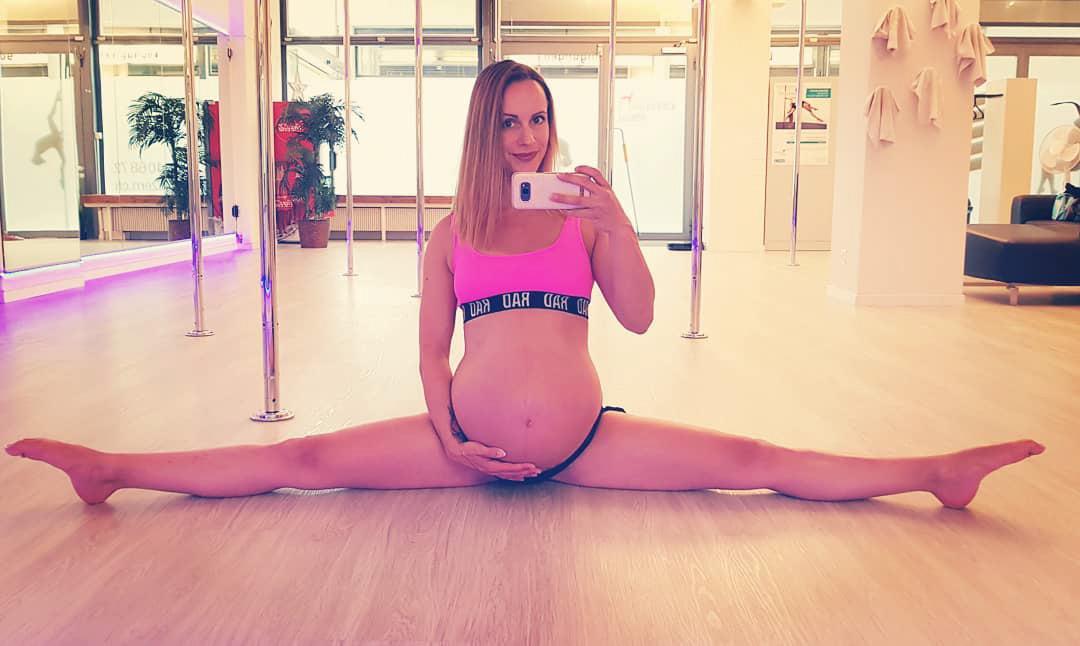 The 31-year-old even claims pole dancing helped her recover quicker from her difficult labour.

Christina, who already has an eight-year-old son, continued pole dancing throughout her pregnancy despite her family’s fears.

She said: “Some people were worried that I would fall, or I was putting my baby in an unnecessary risk, especially my close friends and my family.

“Other people gave me lots of compliments about the videos on Instagram and other pregnant pole dancers asked me for advice on certain tricks.

“My baby was always sleeping when I was dancing so it was never seemed distressed.”

She revealed she was on the pole just two hours before her contractions began, and was back pole dancing just seven weeks after she gave birth in June.

Christina, who owns Poledance Luzern, explained she took up the sport after the birth of her first child.

She said: “I have been doing pole dancing since 2010, after the birth of my son when I wanted to find a sport like gymnastics that I could be really passionate about.

“When I saw a picture of a friend on a pole that’s where the journey began. 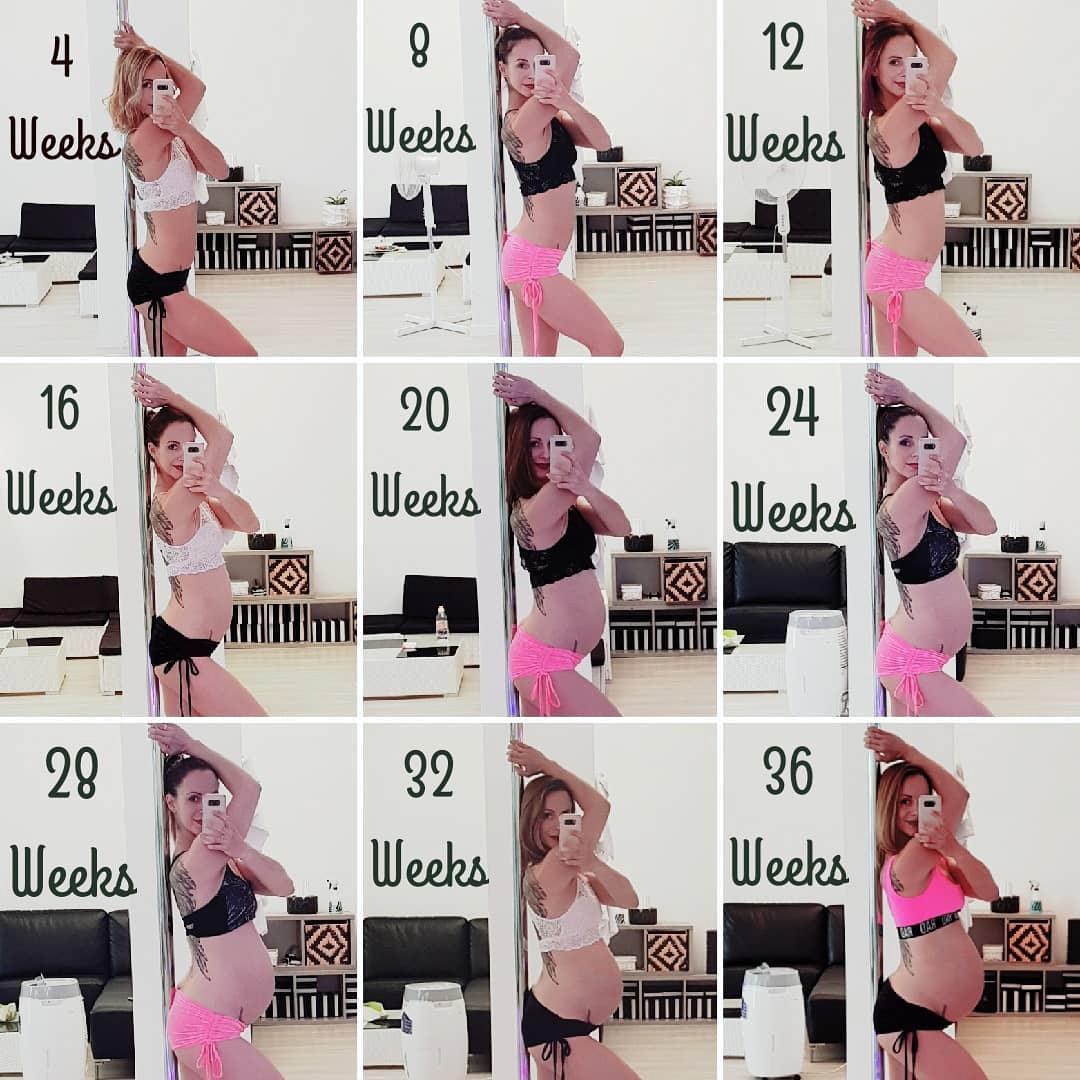 “Pole dance can give you so many physical and mental benefits.

“You can get fit, muscular, flexible and balanced while doing it.

“It’s the combination of strength, flexibility, art and dance that make it such a forever passion.”

But she admitted there are risks involved with pole dancing while heavily pregnant.

The mum-of-two said: “From the beginning of my fifth month of pregnancy, when my belly really started to grow, I eliminated every trick that touched the pole with the belly and all the drops and flips. 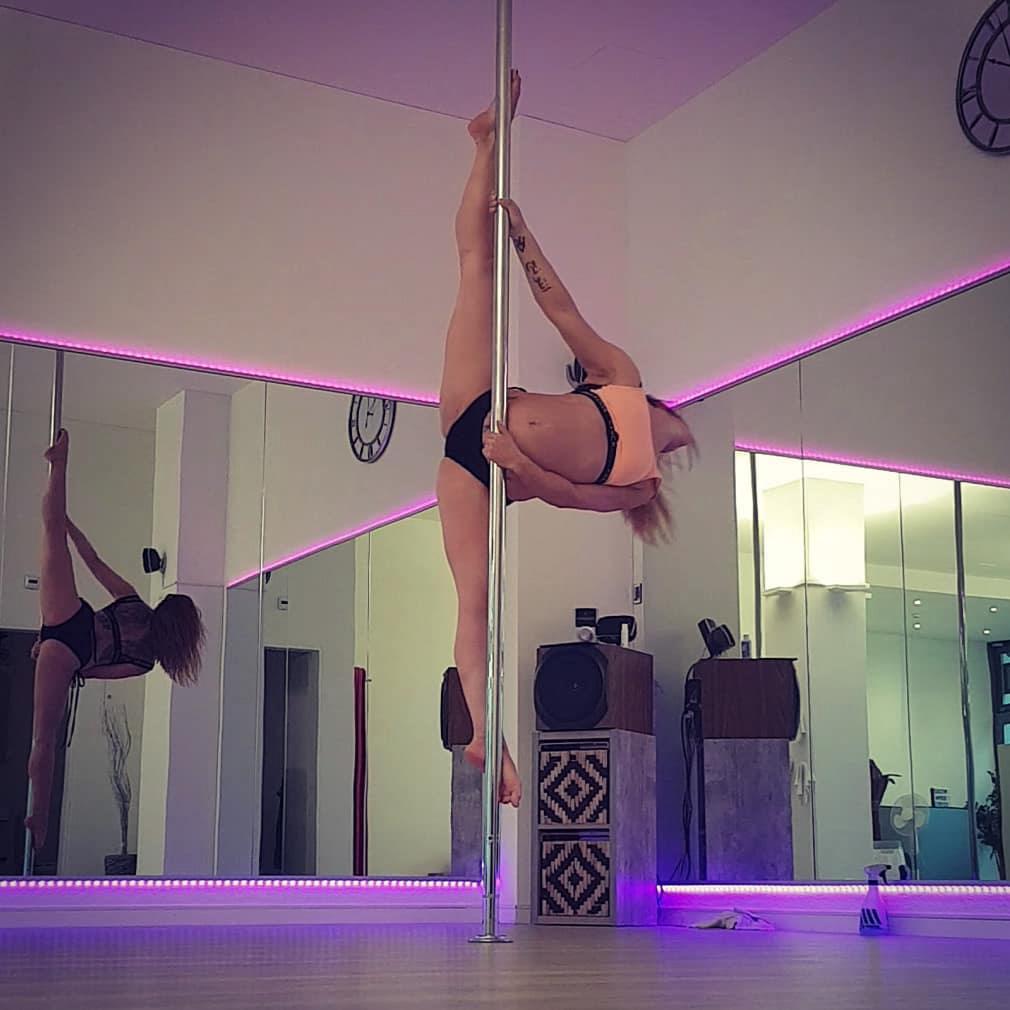 “It’s important to make a smooth landing and to avoid hitting anything.

“It can be dangerous if you fall from the pole or if you crash into it with your belly.

“I also was inverting with more speed than just the strength it takes so that my abs could separate healthily – to give the uterus enough space.

“It’s important to have a good body balance and to know what your body is capable of. 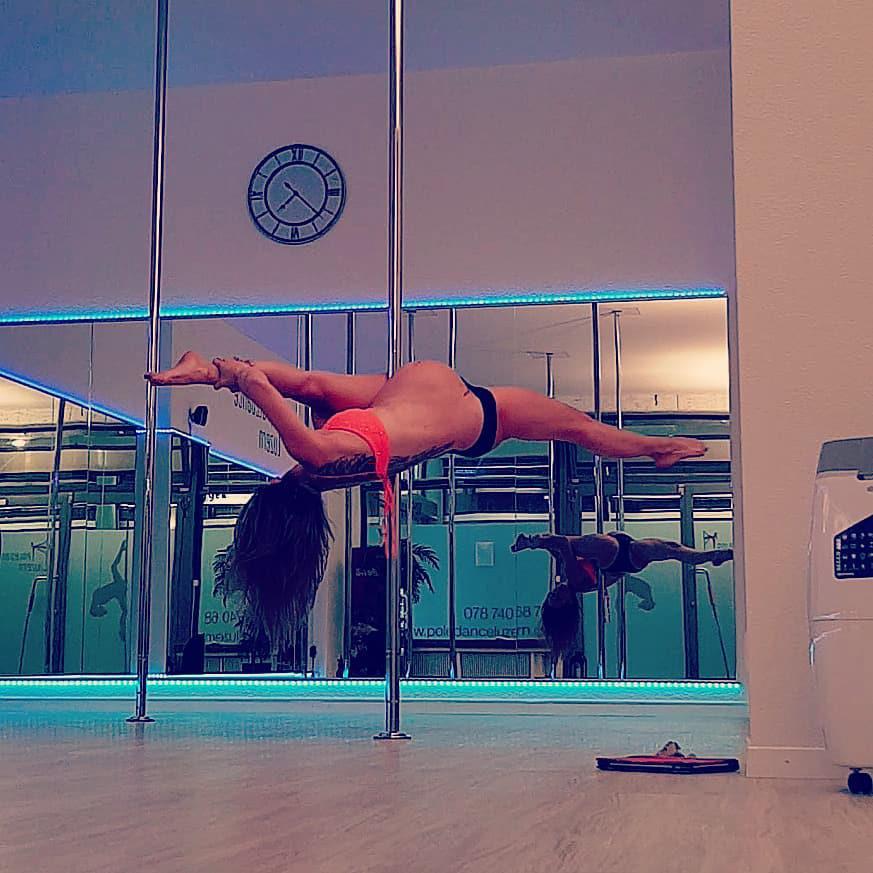 “The longer you’ve already done pole dancing for before you get pregnant, the better.

“I think pole dancing made my recovery from birth much easier because I practiced deep core activations which helped me to recover from my difficult labour.”

Christina trained on the pole three to four times a week until she was six months pregnant, then reduced that to 45 minutes a week for the remaining two months. 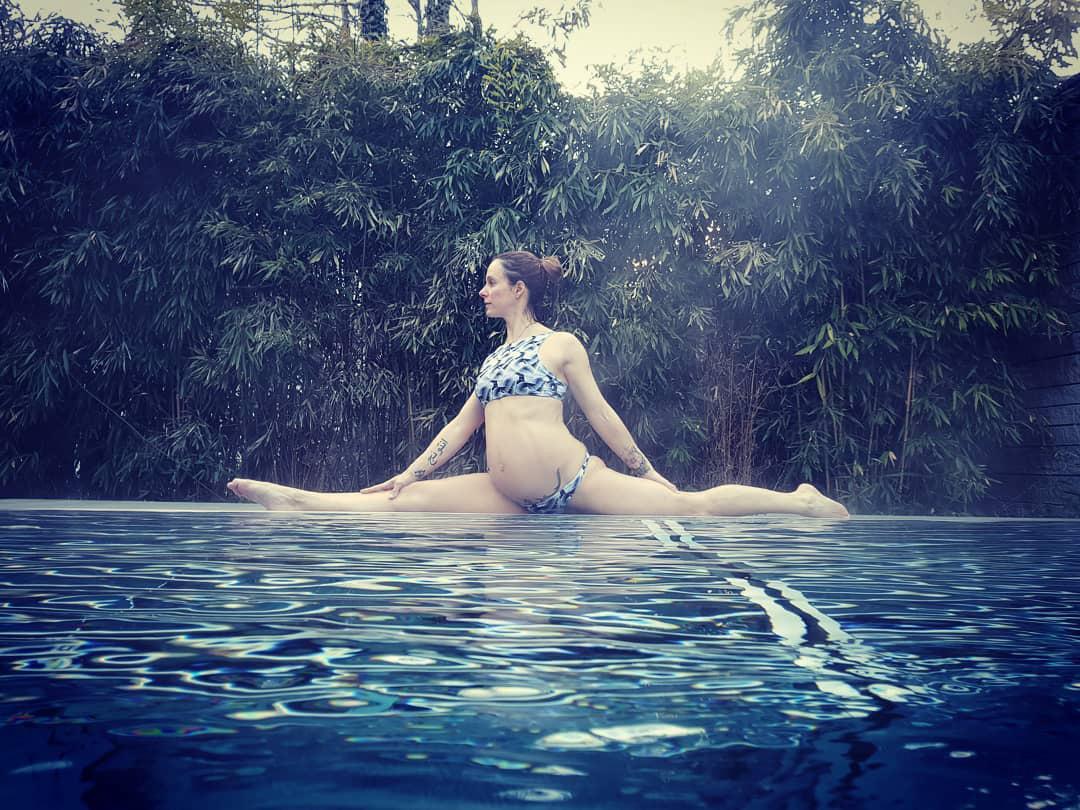 She admitted: “At times it was hard to mentally accept that my body was changing and to be happy with everything that works and what doesn’t work while being heavily pregnant.

“I listened to my body, and if it felt bad, weird or insecure then I wouldn’t do something.

“In my own opinion, it’s good to stay in the same level throughout your pregnancy or even to take a lower level class rather than try new things.”

She added that it doesn’t matter how you look, how fit or how flexible you are, “every person can do pole dance”.

We previously told how a mum cried for hours when she discovered her baby’s gender— because she wanted a girl not a boy.

This is the touching moment husband uses the voice of his pregnant wife’s late father to reveal the gender of their ninth baby.

And Khloe Kardashian says she cut out carbs in pregnancy to have a small baby… but is she right?