PEOPLE are flogging a pair of £14 trainers from Lidl for a whopping £450 online.

The colourful blue, yellow and red shoes feature the Lidl logo and are fetching up to 30 times their original price on selling sites like eBay. 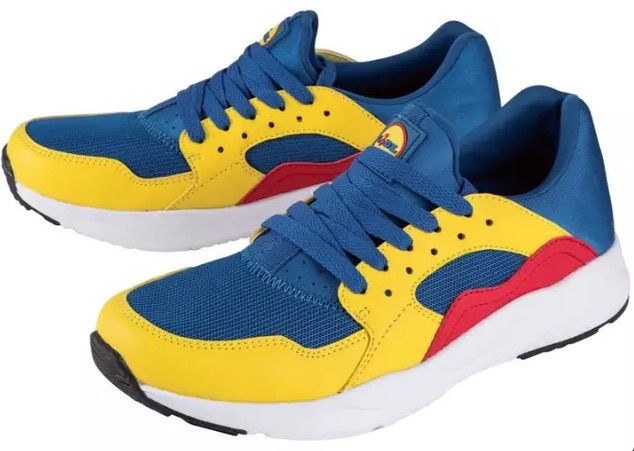 The bold trainers were launched at the budget supermarket chain in April this year overseas, and it seems like they were more popular than anyone could have predicted.

Sady if you have dreams of stocking up on pairs to make some money, Lidl has confirmed the shoes won’t be sold in the UK any time soon.

Finnish news site Foreigner said that customers queued for hours to get their hands on a pair.

A customer said: “There were all the people on top of each other. The seller just shouted, remember the social distance.” 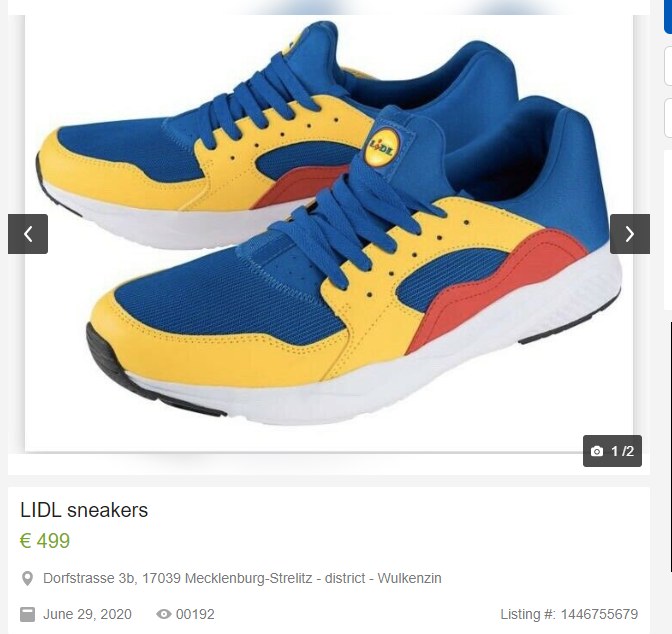 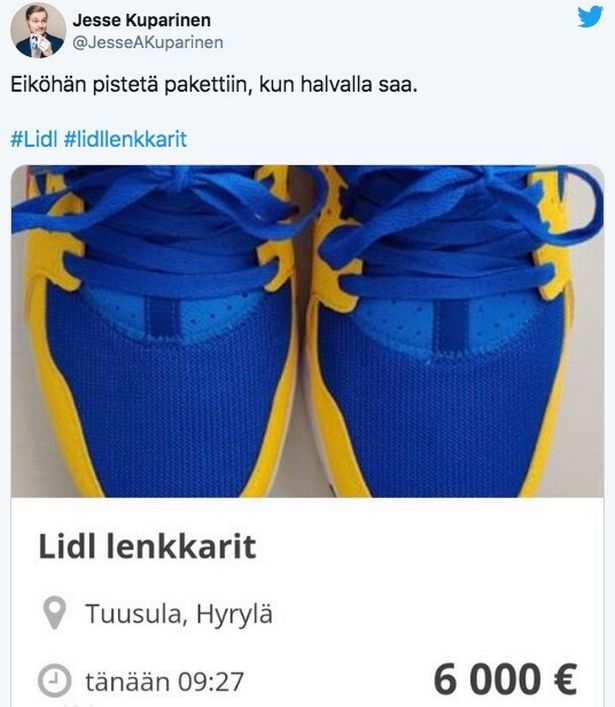 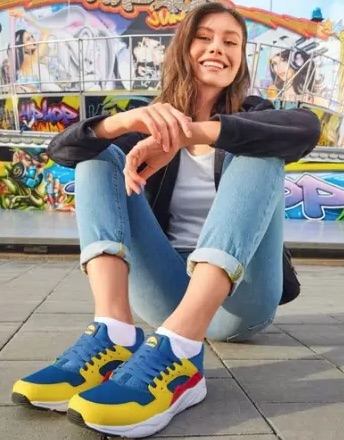 Another shopper added that once the shop opened at 8am, the shoes had flown off shelves in less than “10 seconds.”

In order to show the full madness of the shopping frenzy, one person even posted a listing on Finnish auction site Tori, where the shoes were on sale for £5,400.

Now news of the Lidl shoes has spread to the UK, people are creating plans on how they can get in on the action.

One Brit wrote: “Thinking of starting a black market E-business where I smuggle Lidl trainers.”

The shoes were listed in a few sizes on Lidl’s Dutch website for £12 earlier this week, but sadly Lidl doesn't ship internationally.

We shared how Lidl is selling a hammock on a frame for your garden.