ASOS clearly has a bit of a thing for sheered trousers at the moment, but it's not winning the brand many fans.

The online retailer's latest see-through designs are embellished with silver tassels and beads, but still expose the wearer's knickers. 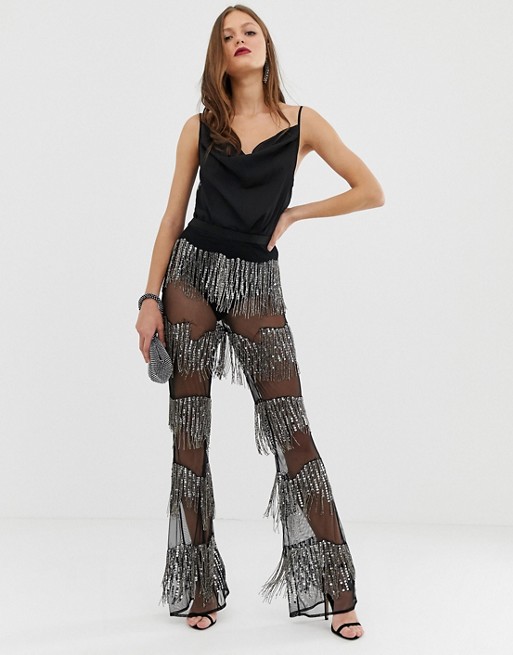 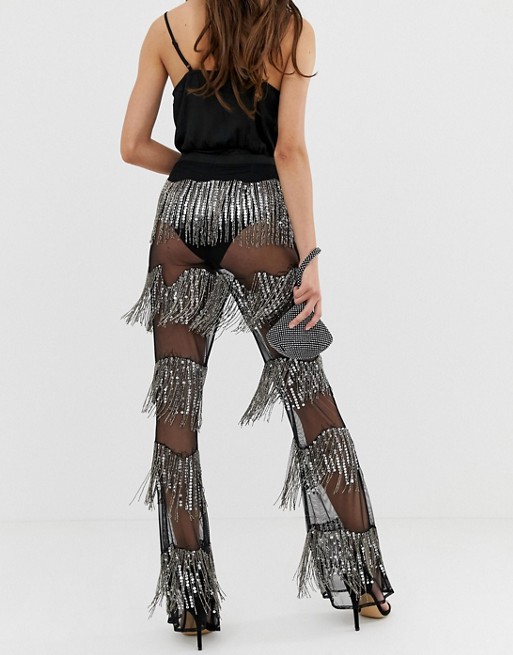 They were brought to our attention by baffled shopper Poppy Starkie, who asked: "Is everything ok over at ASOS?"

The first pair of black, tassel trousers have 70s-style flares and are a long design – even ASOS' 5ft 9.5ins model needs to wear stilettos to stop them trailing on the floor.

They were created by the brand's in-house ASOS Design team who reckon they'll help you really "shine" this weekend, and cost £45.

For the plus-sized ladies, ASOS is also selling a pair of white sheer trousers with gem embellishment – costing £40.

Ha, I was boggling over those very trousers this week! 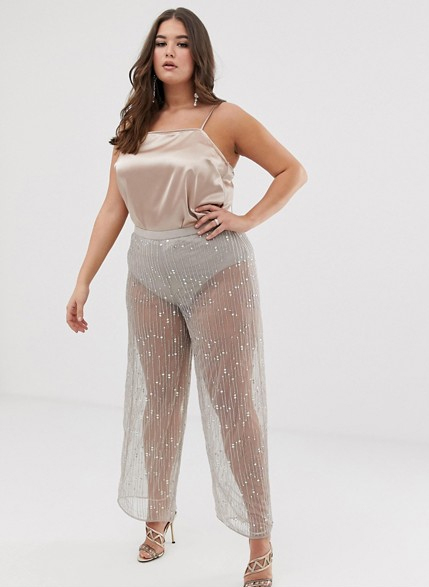 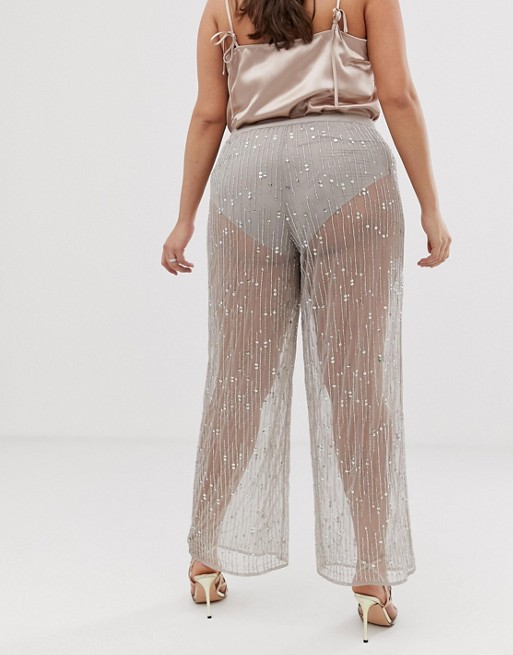 They are said to offer a "subtle flash of skin" for when you're "feeling extra fancy", despite exposing absolutely everything.

Commenting on Poppy's tweet, ASOS fans wrote: "Ha, I was boggling over those very trousers this week!"

One shopper said: "I hate it. They took a trend I already hate with designer threads (even the babe that is Jessica szohr doesn’t pull it off for me) and made worse versions."

While others simply commented: "WOULD WEAR NOT SOZ" and "DO NOT WANT".

Thanks I hate it. They took a trend I already hate with designer threads (even the babe that is Jessica szohr doesn’t pull it off for me) and made worse versions. pic.twitter.com/pZPVkVDqPT

WOULD WEAR NOT SOZ

We previously revealed ASOS was selling a pair of £40 sheer organza trousers which shoppers joked look like "cling film".

While the duct tape swimwear inventor showed how the jaw-dropping looks are made on naked models (but how the hell do you take it off?)

And this fashion blogger bought all the ‘weirdest’ items on ASOS to see what they really look like on – including a see-through PVC mac with pink fur.