Medical science student Clover Pittila, 22, from Bournemouth, Dorset, says there is nothing wrong with using sugar daddy websites, following claims that Love Island’s Megan, 24, has allegedly dabbled with the services. 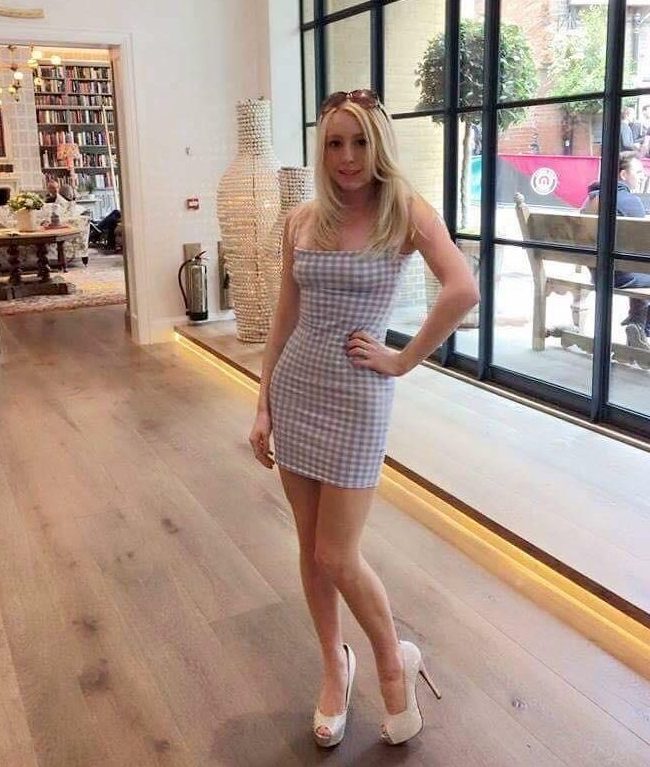 A source claimed that Megan used to date sugar daddies who lavished her in designer gifts. She confirmed she had relationships with older men on Loose Women earlier this week.

But Clover – who's been dating older men for the past four years – has come forward to slam any stigma associated with sugar dating sites, and said it has helped to further her career and open her eyes to the world.

Speaking to Fabulous Online, she said: “I think people are dragging it in the dirt too much. I think a lot of it is probably jealousy.

“Tons of people in America are doing it all the time and it’s a ‘cheered on’ thing, it’s more supported. But in England it's very frowned upon. People look down on you and say things like,  'you should have a normal job'. 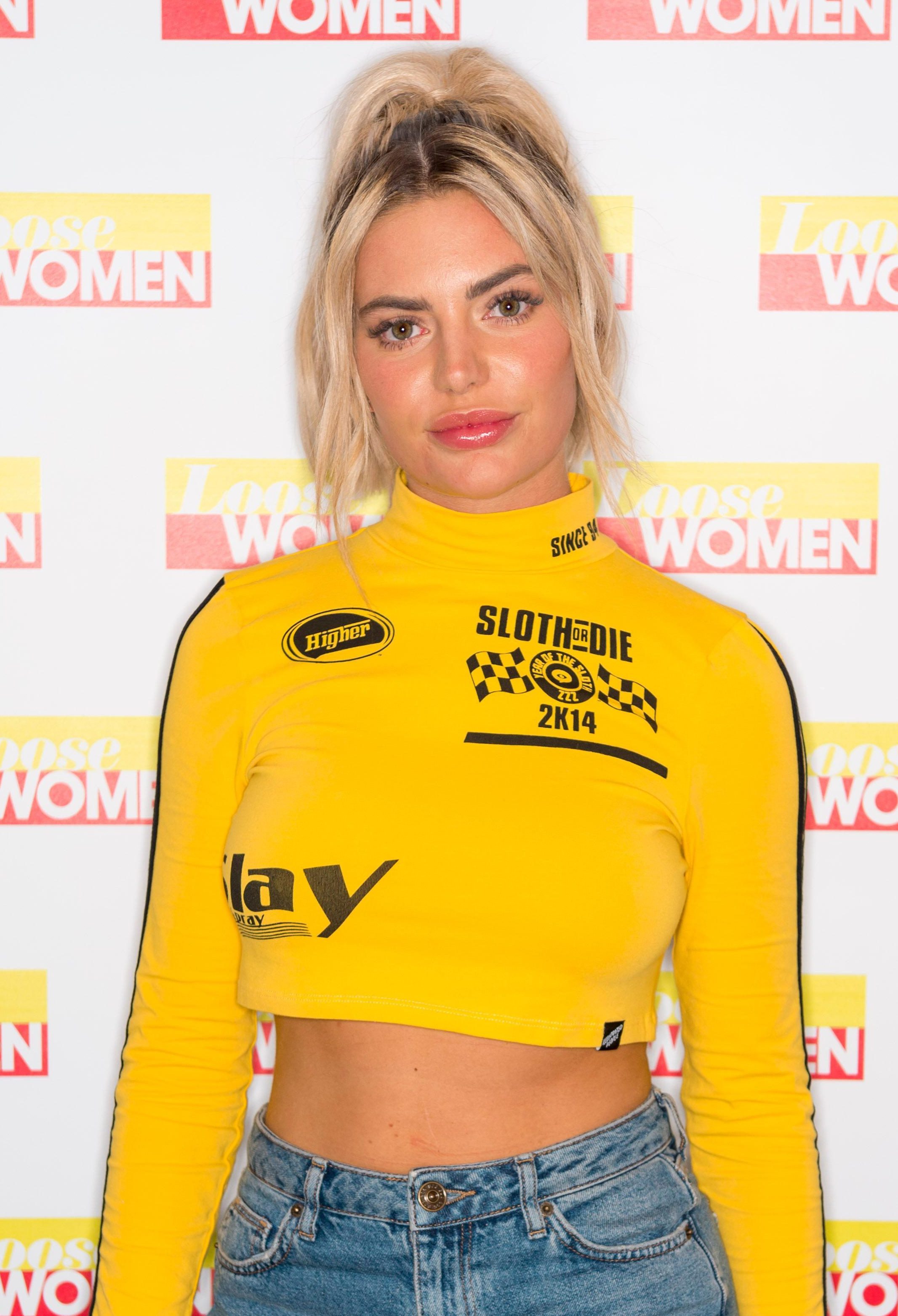 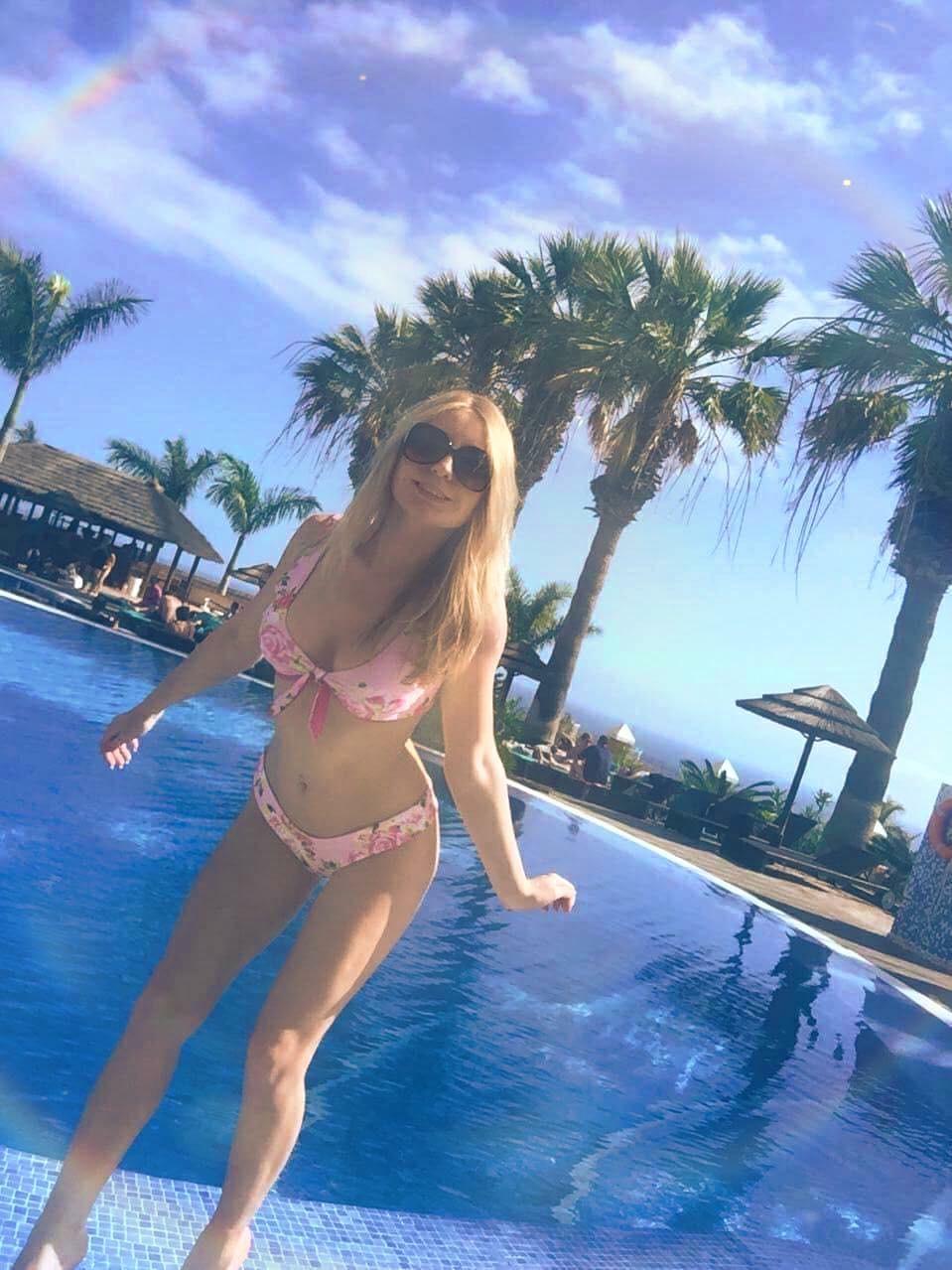 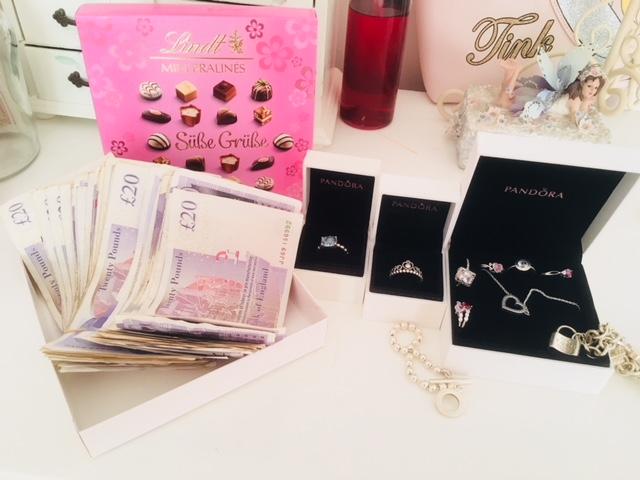 Clover, who currently has a “handful of sugar daddies” on the go, sang the praises of being a sugar baby and said it has changed her life.

"I'm 22 years old, in the prime of my life and don't want to be tied down to a relationship. I want to live my life and enjoy it and being a sugar baby has helped me do that."

Since signing up at the age of 18 in 2014 after a friend’s recommendation, she has also put money towards her science degree “so I can be debt free” when she leaves university, and on a good month rakes in £3,000.

What is a sugar daddy and how does the relationship work?

A sugar daddy is a generous older man who spends lavishly on his mistress, girlfriend or boyfriend.

He's often a businessman, who considers himself too busy for conventional dating – and isn't short of a few bob.

A sugar baby, meanwhile, is normally an attractive younger woman who can't afford her luxury lifestyle.

The couple will usually establish a financial agreement early on – as well as their boundaries, such as whether or not they're considering a sexual relationship.

Some sugar babies ask for a monthly allowance, while other get 'expenses' in the form of glam holidays and shopping sprees.

While a growing number of sugar babies are university students, who turn to their 'daddy' to pay their fees.

According to Seeking Arrangement, the average sugar daddy is 45 years old – and earns a salary of £176,000. 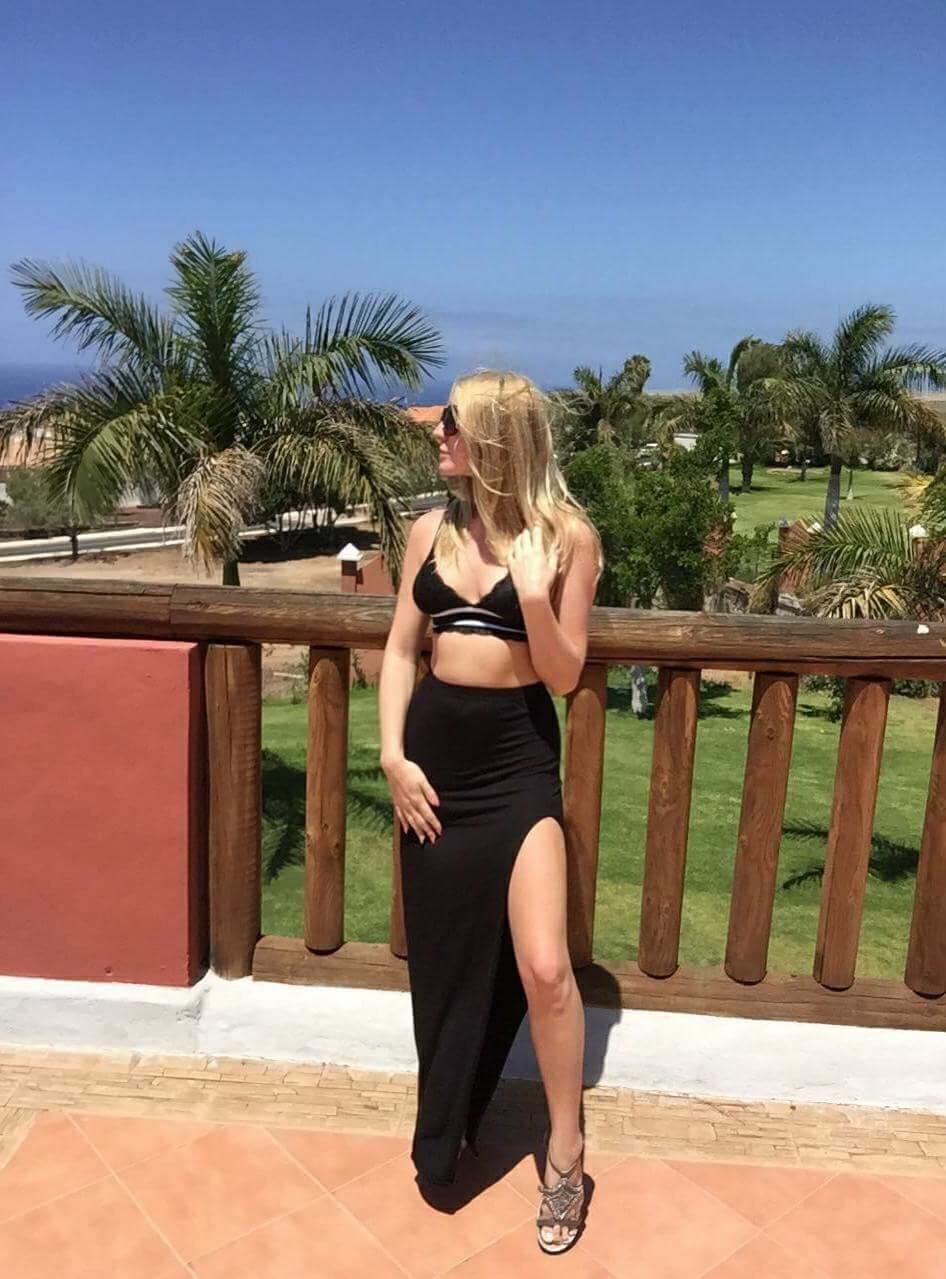 Clover has dated over 11 sugar daddies in her time, via Seeking Arrangement, Miss Travel and Instagram, from bankers to CEOs to restaurant owners.

"When I went on my first date, I wasn't nervous, I was just excited to see what the future held," she said.

"I got ready like I would for any other date. I had my eyebrow threaded and put on a nice dress and went out for dinner with a nice guy. Yes he was paying me to be there, but that didn't change anything."

The amount Clover charges for meet-ups varies. "Sometimes I'll go on a date for £100 but I can earn thousands in a month if I want to. It depends on my mood, my time and my studies."

The most cash Clover has received in one lump sum was £3,500 and she’s been given designer goodies, such as £800 Christian Louboutin heels, that she often sells online.

She explained: “Any expensive gifts I usually sell. I don’t feel comfortable carrying round a pair of shoes worth £800. I didn’t understand the hype, they weren’t that comfortable.”

Clover admitted that in a number of cases, her relationships with her sugar daddies has been sexual, but she has a rule never to sleep with guys on a first date.

She said: “I’m very selective. A guy will give you more things before they sleep with you, because they want to impress you and they want you to want to sleep with them.

"I won't sleep with people I don't want to. I have to be sexually attracted to them and I'm the one who calls the shots, not them. That's why I love what I do. I'm the boss.

“There have been men that are much older than me but I’ve only just seen them as friends. Most of the older ones just want company and someone who will listen to them.” 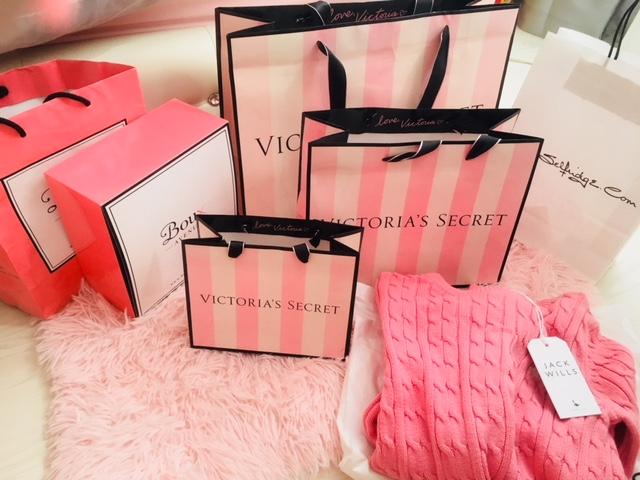 But while people may look at Clover's job as degrading, she loves it and admits that it’s helped her in numerous ways, from gaining confidence, to learning how to communicate with people of all ages.

“People out there have so much money and they don’t know what to do with it and they are willing to share it with someone they like, so why not?

“Anything I’ve ever wanted has been paid for. I’ve always been given money for anything I have wanted and more.”

Being a sugar baby, she claims, has helped to boost her confidence and prepare her for the wider world.

She said: “I feel more confident, because I feel more prepared for situations. I’ve learned so much from older people.”

Is a sugar baby the same as an escort?

Sugar babies sometimes get bad press, mainly because of the issue of sex – and how it's tied up in the financial relationship.

But the girls insist they're not the same as a prostitute or escort, and there is some truth in this.

The key difference is that a sugar daddy relationship is a regular arrangement.

Where an escort might be hired for the night, or as a one-off to attend a fancy event, a sugar baby would be meeting her daddy several times a month.

Although unconventional, the sugar baby set-up is a relationship of sorts – meaning the women are very different from a call girl, no matter how high end.

And even now she sees her appearance has changed.

She added: “Some women really worry about the way they look. Because of social media they have to look a certain way with fake lips and big boobs.

“It helps you see the world isn’t like you think it is. You don’t have to look like a blow-up doll to get attention of men or be worthy of love.” 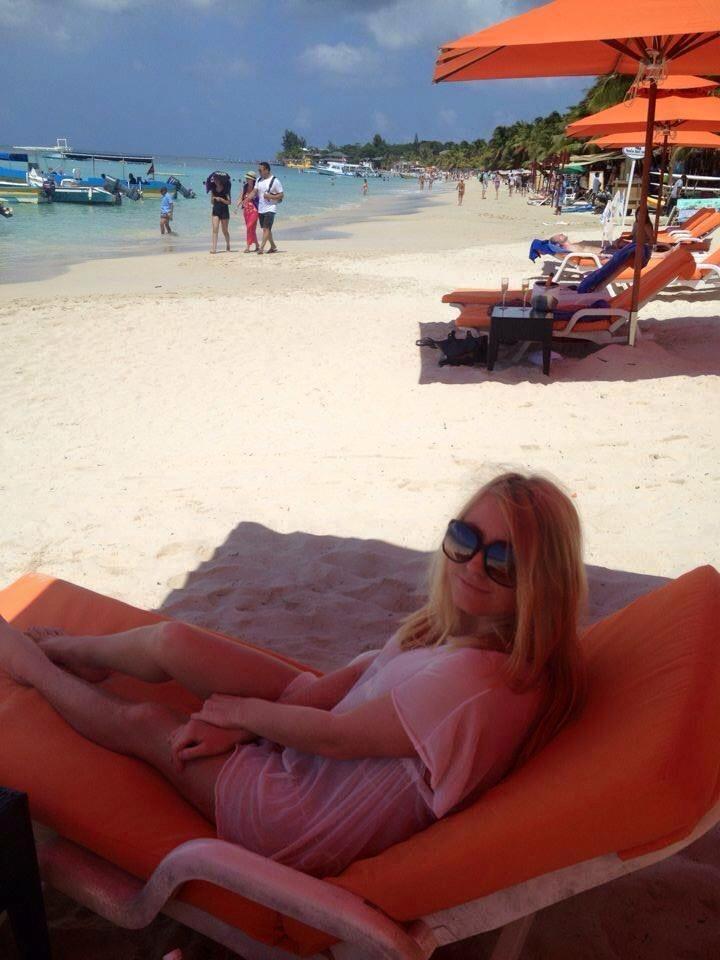 Coming from a small town, she said her eyes “had been opened” to the world, after being flown on ten luxury holidays, with everything paid for, including being given £3,000 for a trip to Boston for a few days.

Clover added: “Any trips I have had have been paid for by a sugar daddy. I’ve travelled to so many places but I haven’t had to pay for it.”

She said that the reason people often attach a lot of negativity to being a sugar baby is simply down to them being jealous.

Clover said: “Because they can’t do it themselves. A lot of people who make the comments either do anonymously and never put a face to their name, or they are just people who aren’t happy within themselves.

“If they have time to make such hateful or judgemental comments you just have to think their lives aren’t going where they want it to go, they have all that time on their hands.” 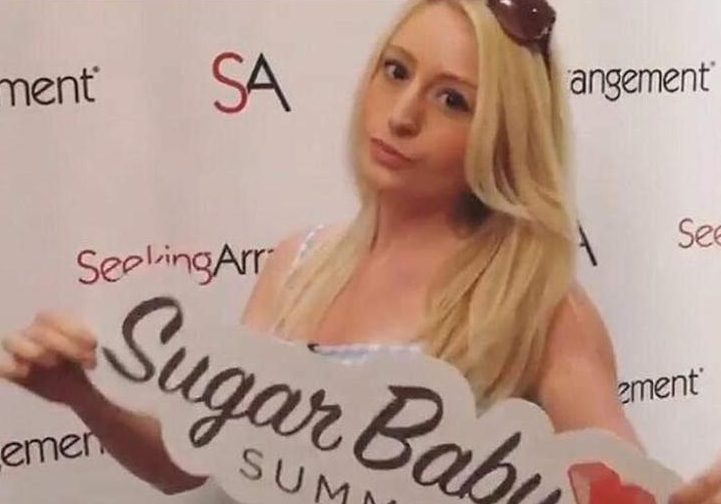 Previously a sugar baby said she gets £350K from wealthy ‘daddies’ including Rolex watches, Gucci bags and tickets to jet around the world.

Previously a woman who used a sugar daddy to pay off student debt says it’s a ‘fairytale’ to not expect to swap sex for cash.

We also brought you the story of a 24-year-old woman who's travelled on luxury five-star holidays to Las Vegas, Paris, Madrid and Cyprus for free – with men she met on a website called Miss Travel.