Home » Fashion » The Evictions Are Coming. Housing Activists Are Ready.

Housing activists in New York have spent much of the year preparing for the end of it. Tenant evictions have been halted or delayed by coronavirus relief measures, for the most part, until January 2021.

If those measures are allowed to expire — or aren’t extended — it could mean the displacement of thousands of families this winter.

“The kind of massive evictions that we could be looking at given the number of people who have not been able to pay their rent is pretty horrifying,” said Judith Goldiner, head of the Legal Aid Society’s civil law reform unit, which pushes for more statewide protections for low-income New Yorkers.

It’s a national problem: Evictions are set to shoot up around the country, according to the Census Bureau’s Household Pulse Survey. The number of those who say they are unable to pay rent has grown exponentially, exacerbated by millions of job losses. Landlords, in turn, have said they have had trouble keeping up with mortgage payments and other expenses. In New York City, where homelessness has already reached levels not seen since the Great Depression, the fight over keeping people in their homes is set to boil over.

Housing activists, many of whom participated in protests against police violence this summer, have begun working with tenant groups and nonprofits to stall evictions by showing up en masse to housing court, pressuring the state legislature and enacting eviction blockades.

On Friday evening, while the temperature hovered around 19 degrees, more than 50 activists gathered outside a rowhouse in Rochester, N.Y., to protest the eviction of a tenant and her three children. (The laws passed this year in New York did not protect all tenants from eviction and court dates for evictions began again in October.)

The protesters blocked the door to the police who were charged with emptying the apartment. The police arrested 15 people, including Demond Meeks, a state assemblyman and former housing activist who was observing the blockade. “I truly believe that housing is a human right,” Mr. Meeks said.

Despite the effort, the tenant, Clianda Florence-Yarde, a sixth-grade teacher, was evicted, along with her children. The family is now split up, living at different homes. 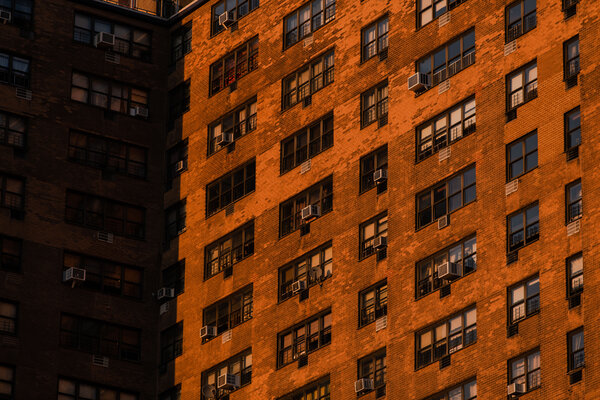 The Rent Is Still Due

Many New Yorkers who were unable to pay rent this year were shielded from eviction by state and federal measures.

In September, the Centers for Disease Control and Prevention temporarily barred evictions for many tenants across the country — a moratorium that was extended through January as part of a $900 billion stimulus package passed by Congress on Monday.

But these acts did not cancel or curtail rent payments. Tenants who have not paid rent this year still owe the money.

That means that, though evictions were kept at unusually low levels for the year, they are expected to surge. More than 200,000 eviction cases are pending in New York City alone in housing court.

Many landlords agree that a wave of evictions is a worst-case scenario. But though the state has already distributed $40 million in relief funds to them, representatives from landlord associations say more will be needed. Joseph Strasburg, the president of the Rent Stabilization Association, a landlord group that represents about 25,000 landlords in New York City, said that landlords are looking to the state to provide it.

“We understand that there has to be some kind of protection for tenants because of the economy and because Covid,” Mr. Strasburg said. “But you’re leaving the small property owners out of this process.”

Activists are anxious to avert an even greater homelessness crisis. In New York at the start of the pandemic, in March, they threw their weight behind a petition to close eviction courts that was signed by 90,000 people online. Cea Weaver, the campaign coordinator at Housing Justice for All, the coalition that sponsored the petition, said that this action helped identify people across the state who were interested in housing activism. The petition also helped tenants unions and nonprofits get in touch with many more people who were not able to pay their rent.

“We have this big coalition of organizations that are working to put pressure on the landlords directly to reduce the rent burden,” she said.

A second big burst of attention to housing activism came after the killing of George Floyd, when protests swept the country. “Cancel Rent,” the housing activists’ mantra, was taken up by Black Lives Matter marchers and sounded throughout the summer in cities across the U.S.

Ms. Weaver said that the tragic events of the year — including the coronavirus and the killing of George Floyd — had revealed to a new generation of activists the connection between stable housing and the fight for racial justice.

“If you want to fight for racial and economic justice in this country, the housing market is where you need to start,” Ms. Weaver said. “For decades and decades, our housing policy has put the finger on the scale of white families to help them build wealth and prevented Black families from doing the same.”

Still, Ms. Weaver said she was surprised by the energy that she saw from housing activists in 2020. She described an eviction protest at Brooklyn’s housing court in June that she had expected to be sparsely attended. Instead, hundreds of people showed up, she said.

In Rochester in November, activists also formed a human chain to stop the eviction of Chris Green, a 24-year-old father of two who lost both of his jobs in the pandemic. These protesters were successful; Mr. Green remains in the premises.

“The community basically said you come for one of us, you come for all of us — and prevented them from putting him and his family out,” said Ryan Acuff, a member of the City-Wide Rochester Tenant Union, which helped organize the eviction blockade.

Mr. Acuff estimated that, if no legislation is passed to halt evictions, there could be up to 20,000 evictions in Rochester alone.

The End of Rent

Landlords and landlord associations have argued that any housing reform legislation that does not address the loss in funds from unpaid rent this year will lead to dire consequences.

“The owners are either going to walk away or they’re not going to do anything with the buildings and the quality of the housing is going to go down dramatically,” said Mr. Strasburg, of the Rent Stabilization Association.

Ms. Weaver and other activists say that they don’t want landlords to suffer either, and that they are pushing the state government to create a hardship fund for those who would struggle in the event of an extended moratorium.

But they say that small landlords — those who own relatively few properties and are, on the whole, less financially stable — constitute a fraction of New York City’s building owners. (According to property records from December 2018, less than one third of landlords in the city own between one and five buildings.)

When it comes to crafting statewide legislative action, Mr. Acuff said, there is an increasingly direct line between activists and their state representatives. He pointed to the election of Mr. Meeks, who participated in the eviction blockade for Mr. Green and has signed on to a bill proposed by Senator Zellnor Myrie. This bill calls for a full eviction moratorium until a year after the end of the state of emergency order in New York that has been in place since March.

“No humane principle justifies putting someone on the street,” Senator Myrie said in an interview.

Senator Myrie’s proposal is not the only bill that seeks to address the state of housing in New York. Another bill would provide housing vouchers to people without homes, making it easier for them to secure housing. A third proposed law seeks to cancel rent and mortgage payments entirely for the period coinciding with the state of emergency caused by Covid-19. (The bill allows landlords to be reimbursed by the state if they agree not to raise rents for five years, among other concessions.)

Activists acknowledged that the latter two bills will be more difficult to pass. But they cited the Democratic gains in the Senate as evidence that the public stands behind them. And they insist that a moratorium is not enough to stem the damage done by the coronavirus.

“An eviction moratorium is important because it can bridge us to longer-term solutions,” said Ms. Goldiner, of the Legal Aid Society. “But it, in itself, is just short term. It doesn’t mean that the rent isn’t coming due.”

Senator Myrie said his bill existed, in large part, because of the activists’ efforts.

“Any sort of any movement on the policy front never starts with the elected official,” he said. “It is it is always of the people, always from the grass roots.”