Anyone who has ever worn a dress before has had some wind-related story to share, where a breeze blew through and your hem flipped up, showing your underwear to the whole street to see. But the royals have a fashion trick to keep their skirts from flying up, and after you hear the simple move you won’t be able to leave the house without copying it.

The British royals have a whole slew of etiquette and decorum rules they need to follow in order to keep a certain level of aristocracy about them, where they can’t wear things like loud nail polish (only clear and light pink,) they have to wear pantyhose, and even have a particular way they cross their legs while sitting. As you can imagine, having photographers catch a Duchess leaving an event with her skirt billowing up and her underwear on display would be seen as not ideal by Kensington Palace.

Which is why both Kate Middleton and Meghan Markle use the trick of wearing staticky bodysuits to keep their dresses and skirts clinging close to their bodies.

According to etiquette expert Myka Meier, the royals specifically choose undergarments that attract a lot of static in order to keep their fabric staying put. "Often they wear body suits and clothes that actually increase static so it’s much hard for something to fly up," she tells The Sun. "So you have an under garment that is almost like a body suit that is one tactic that is used." 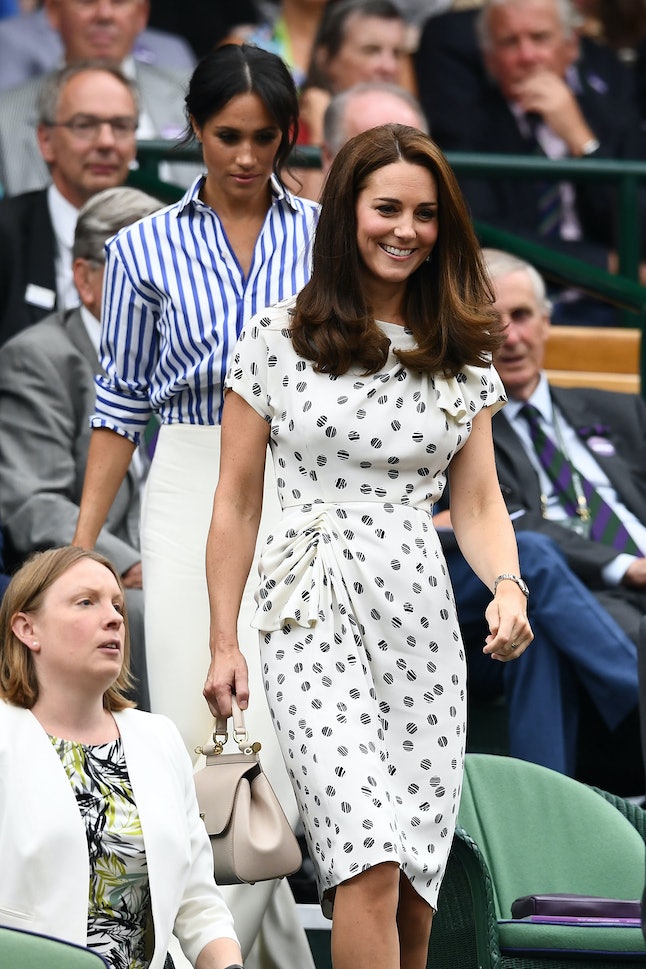 This isn’t a new innovation by any means, and has been taught in finishing schools and is used often by people who wear skirts on the daily. “I know when I went to finishing school we were taught that when you are on the tarmac, if you do not use weights or heavy weighted material, you make sure it will not fly up by wearing under garments that keep the fabrics connect to your body," Meier explained. 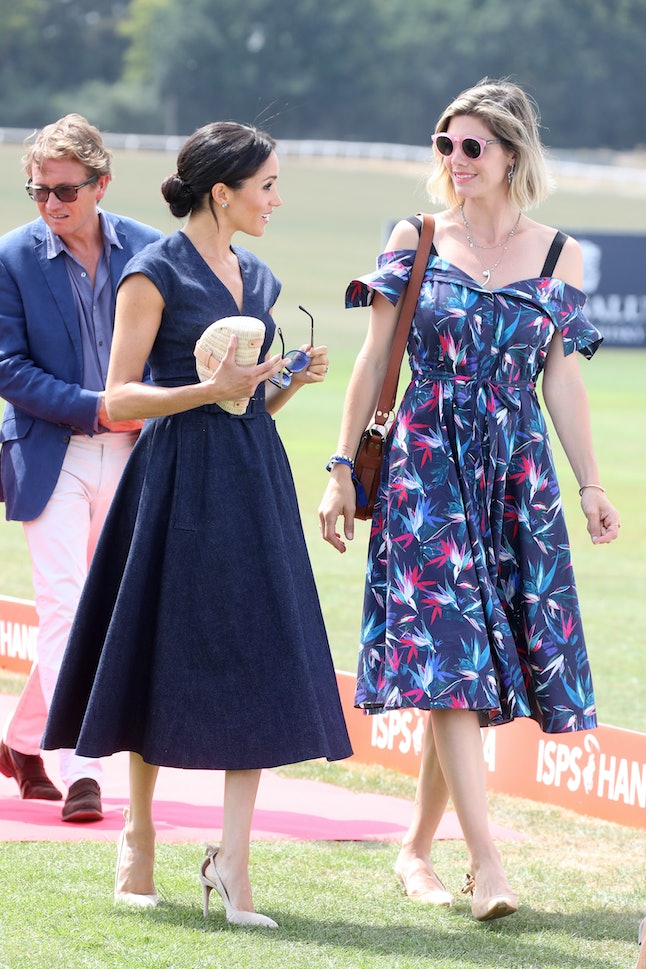 But as you can imagine, sometimes no amount of static will help a person on a windier day, or if they’re standing in a breeze-prone area, like an airport runway. With the Duchesses coming in and out of planes constantly — and photographers following their every move — it could be a risky move to wear a dress to such an occasion. But there is a workaround that, too. The women just need to choose dresses made from heavier materials.

The Queen takes it a step further and adds weights to the bottom of her dresses, skirt suits, and coats, ensuring the hems hang straight and always stay put. Her particular weights are bought from the curtain accessories section of a department store in the UK, called Peter Jones. These are the very weights that keep drapes from billowing and that leave them neatly lined up. They only set the monarch back a cool £1.50, so they’re a cheap and easy way to keep her skirts down.

Whether you wear staticky underwear or sew weights to your hems is up to you. Just know that your outfits will become wind-proof because of it.