STACEY Dooley couldn’t hide her shock when a husband admitted he loves watching other men ‘making his wife orgasm’.

The TV presenter spent the weekend in West London with a ‘throuple’, three people who are in a relationship. 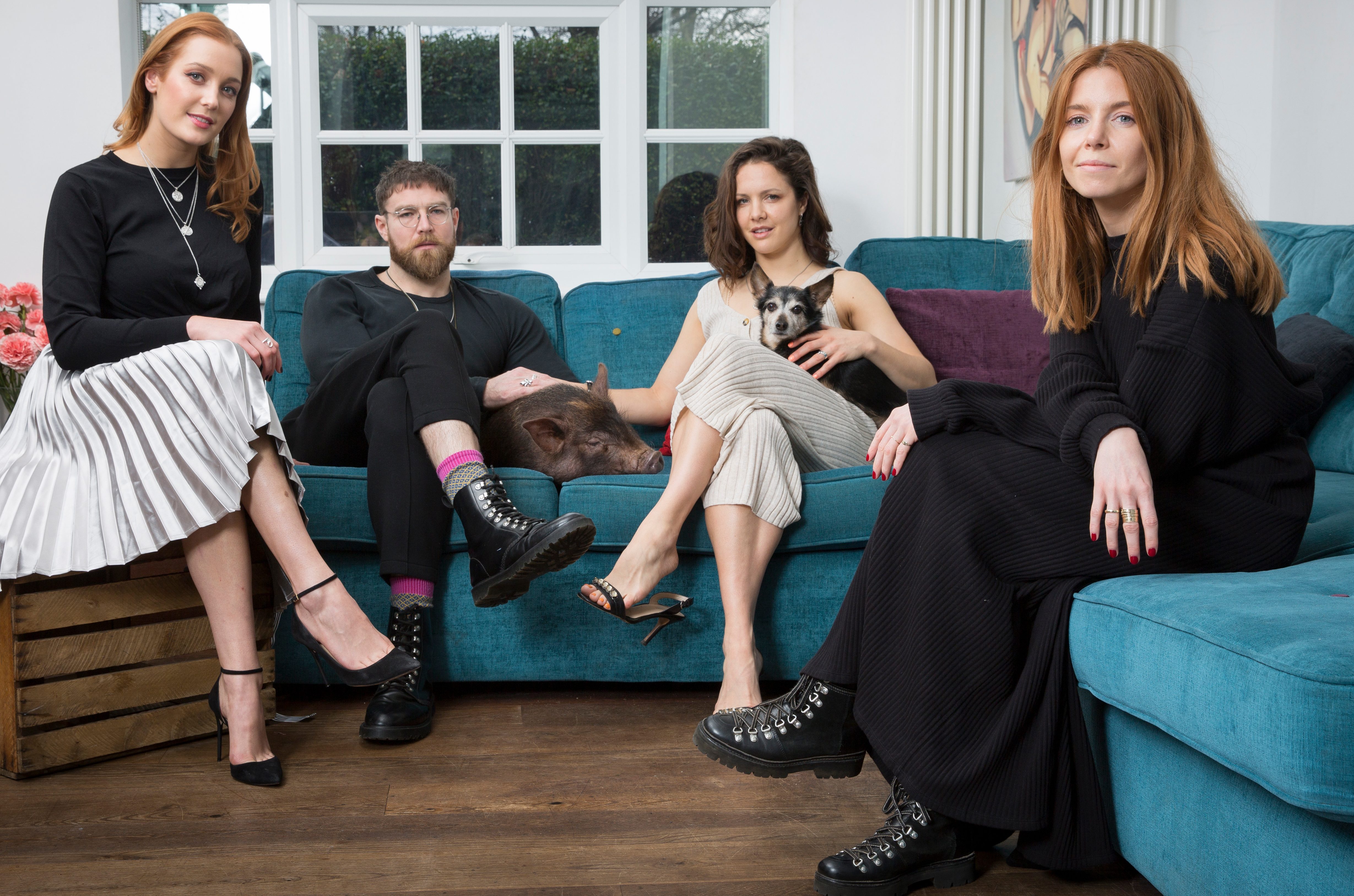 Stacey met Tom and Cathy, who have been married for six years and have a seven-year-old son, Stanley, as well as pet pig Wilbur, and a menagerie including lizards, fish a cat and a dog.

But the pair also live with Nicole, from Australia, who has been in a three-way relationship with the husband and wife for the past year.

Stacey spent time with the trio as part of her new series, Stacey Sleeps Over, where she delves into unusual households across the UK.

Over the years the married couple have dated other people, had “fun” and had separate girlfriends and boyfriends – but they currently share Nicole, with the trio rotating their sleeping arrangements. 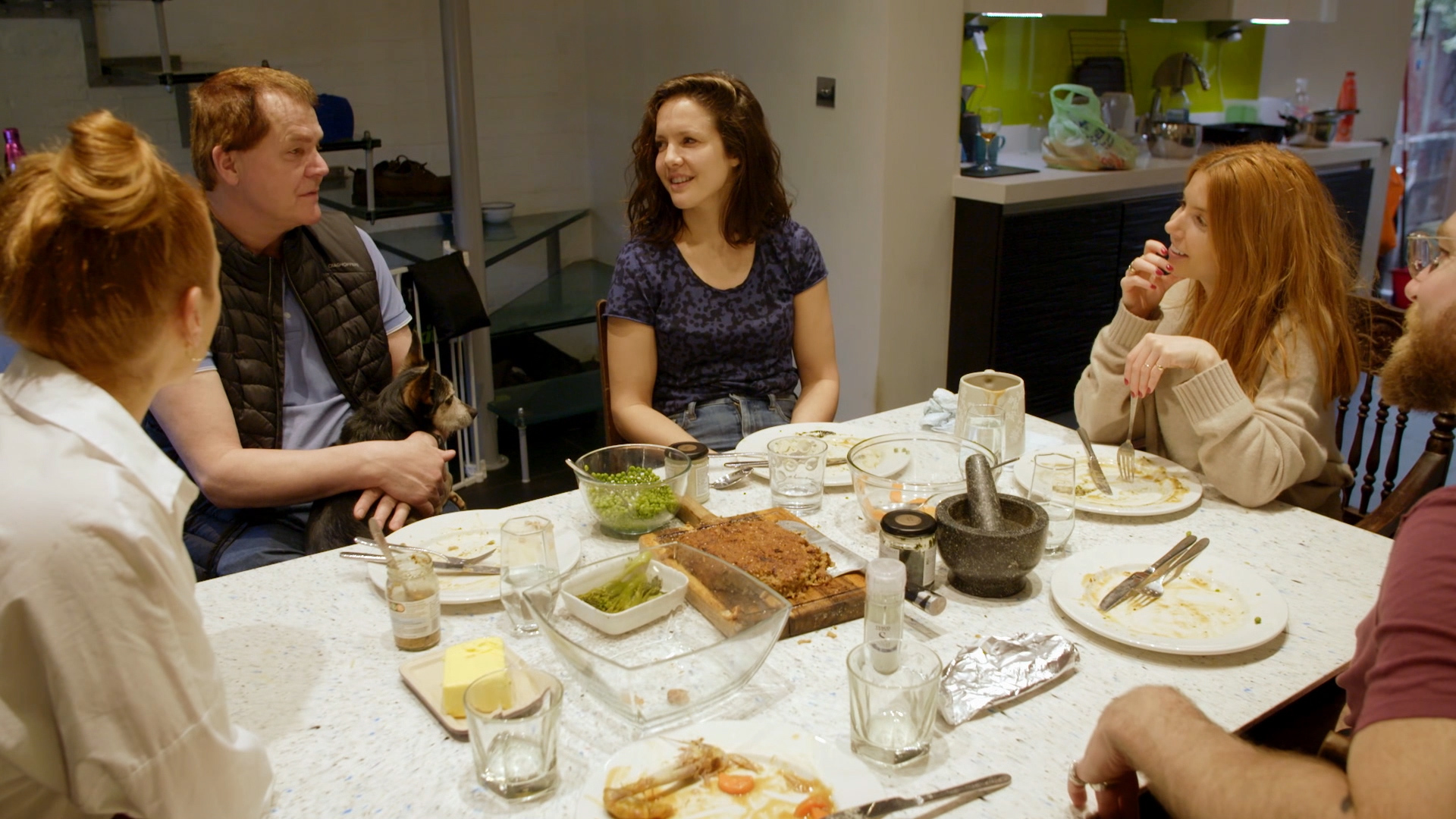 While their unusual set-up may not be to everyone’s tastes, Tom claims he’s not a jealous man and is happy to share.

He said: “I guess that’s a common question, do you get jealous. I always say Catherine’s not mine I don’t own her, she’s free to do what she wants.

“And fortunately I don’t feel jealousy that much.”

When quizzed by Stacey over how he feels watching “the person that you absolutely idolise and adore, having an orgasm from someone else” – Tom said he loves it. 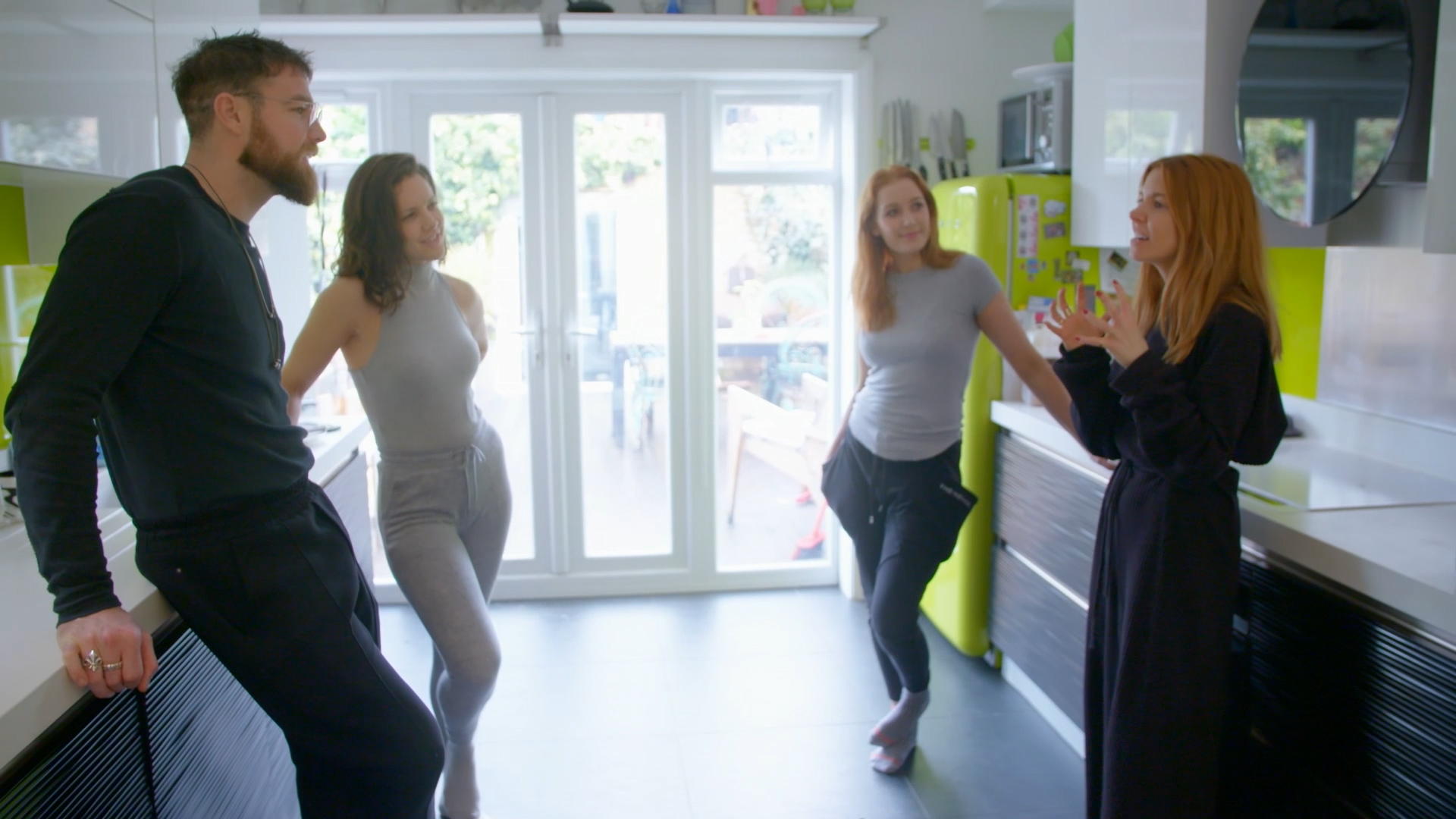 He said: “It’s an amazing, amazing sight. Like I fancy Catherine so much you wouldn’t believe.

“So obviously when we’re together I don’t get to see that, so when I can stand back and see it, it’s a beautiful sight. I love it.”

“I’m just super independent and have been my whole life. 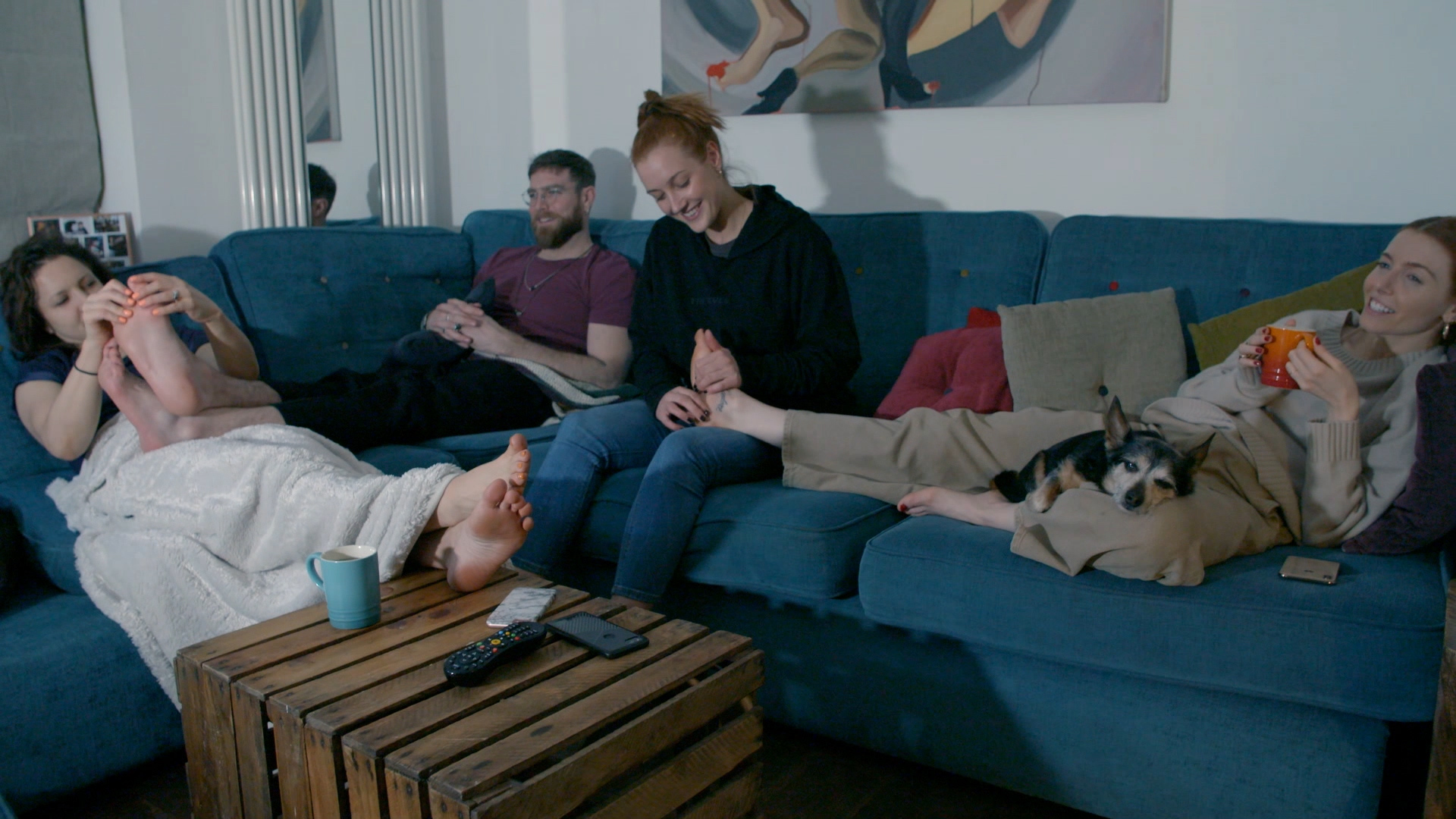 “Then I was a stripper for years. I started dancing because I was poor and needed the money.”

Explaining how they decided to become a polyamorous couple, Tom reveals they were exclusive when they first started dating.

He said: “We were totally monogamous. We didn’t know what polyamory was.”

They both said it was a “mutual” decision to start dating other people, as Cathy said it all started with a sex party.

She told Stacey: “We’d been talking a while about sex parties. We went to a party together, like it was a complete and utter joint decision that we’d go there. 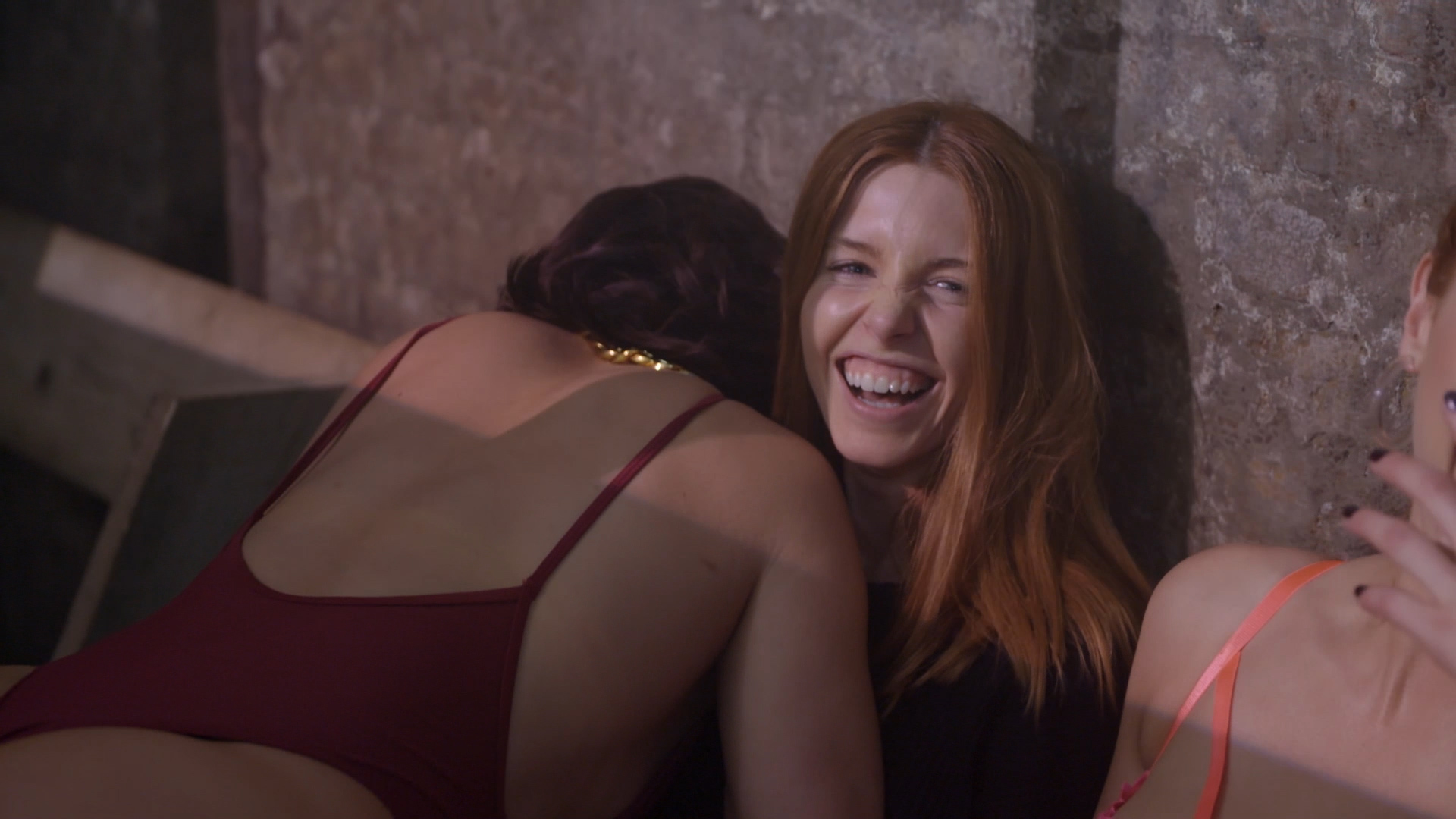 “We were so scared it was the end of us, like there was dread from here to here, and some mad excitement going on from the belly button down."

Tom added: “We don’t live in this marriage where we hide that we fancy someone or that someone caught our eye.”

While most of us would be upset or jealous if our partner admitted they liked someone else, in polyamorous relationships – it’s a turn-on.

Cathy said: “I do find it exciting when Tom meets someone new. I don’t know why.

“I’ve always been like that, I remember from being really young fancying a boy and another girl fancied him, and feeling turned on by it.” 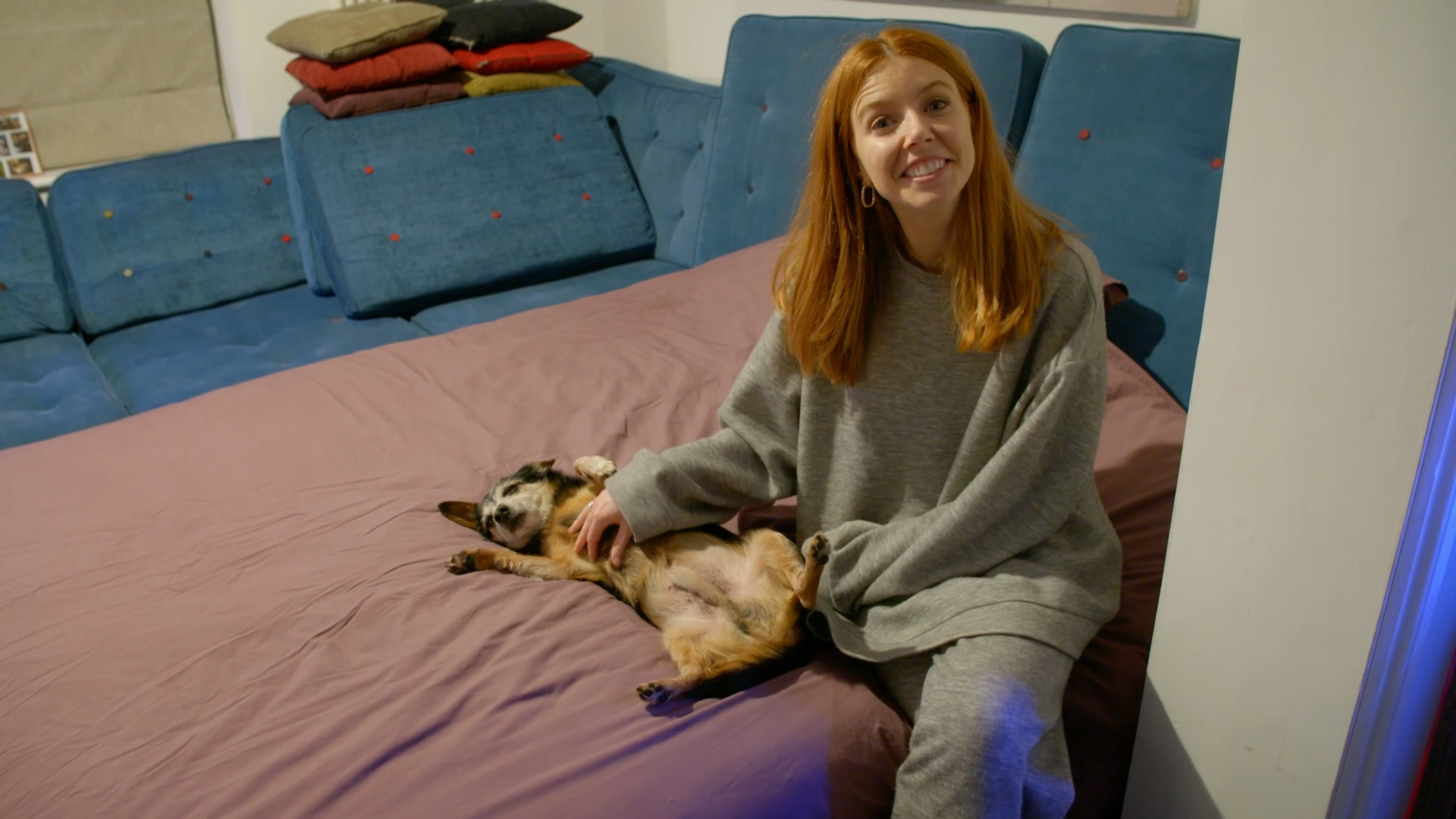 Tom adds he’s had a variety of partners while with Cathy, but “he’s not counting”, adding that while he fancies girls primarily, he’s “played with boys”.

Despite their extra-marital fun, the pair say they’re committed to each other, and Cathy says she “would never leave” Tom.

But their relationship dynamic has taken its toll, with Tom confessing its “weird” helping your wife get over a break-up.

He said: “It’s not been all roses. There was a scenario in the past where I had a girlfriend and Catherine had a boyfriend, and they ended up splitting up.

“And there’s nothing weirder than having to help your wife go through heartbreak. 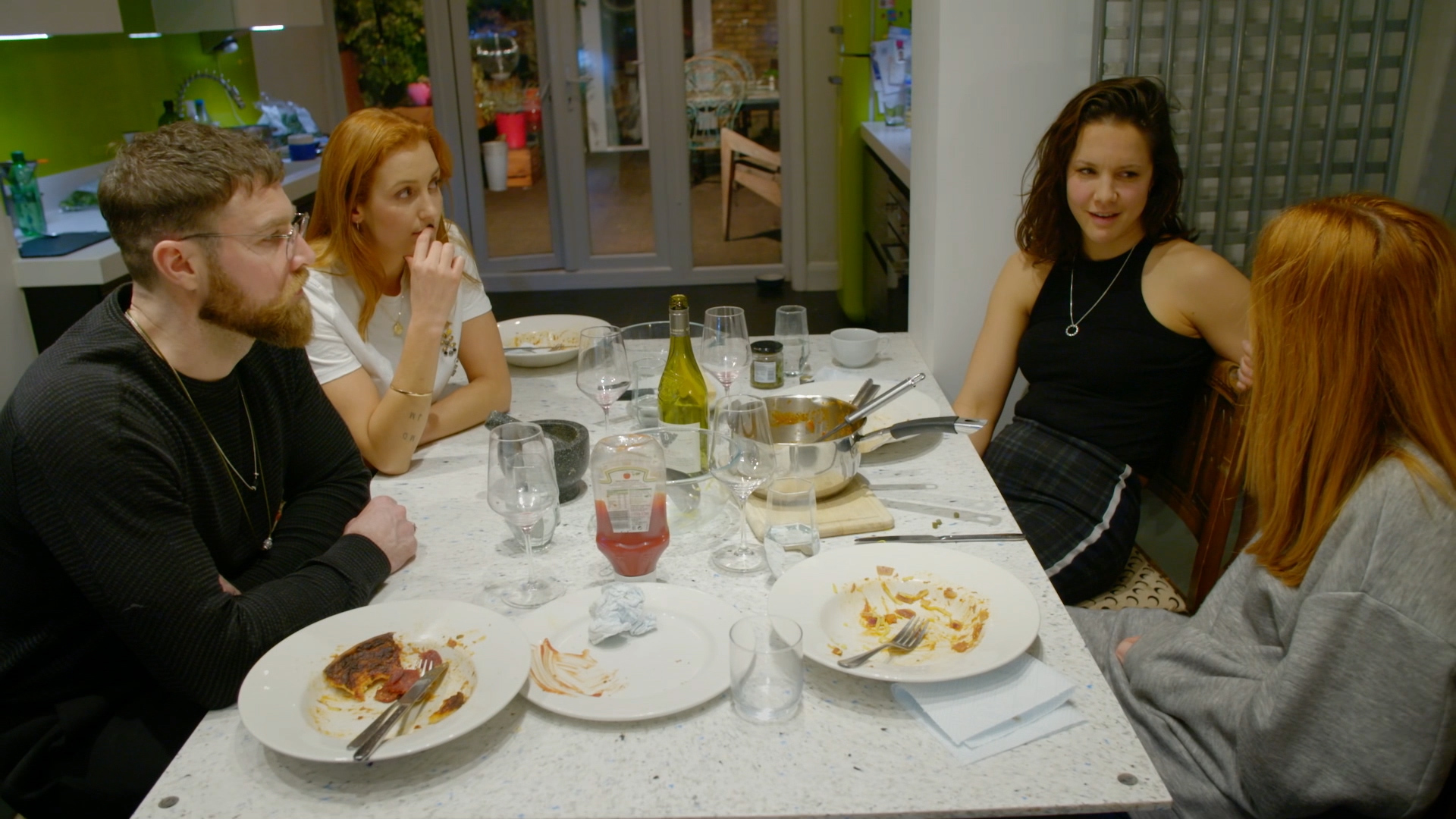 “I had to stay strong her, that was hard for me to see her upset. It's not just her boyfriend’s feelings, I had a girlfriend at the same time.”

But Cathy still claims it’s worth it, saying: “We still have a great sex life, but having these other experiences in between makes our sex life better.”

The pair met Nicole through Cathy’s work, and it “naturally developed”, with Nicole and Tom sleeping together the first night they met.

Now they “prearrange” their time together, to minimise awkward encounters. 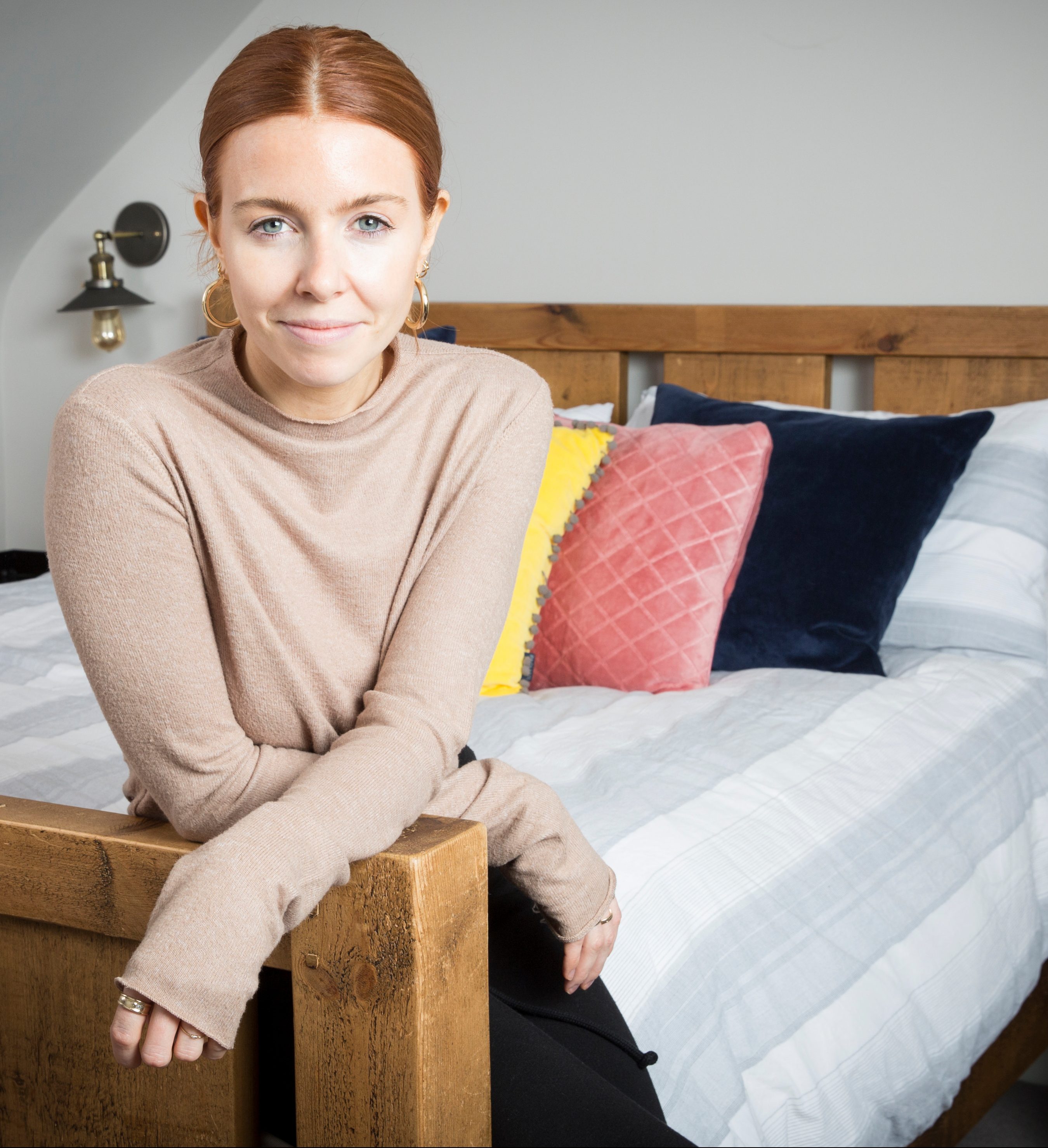 They’re both open with their family about their unique living situation, with both Cathy, Tom and Nicole admitting their parents’ relationships affected how they live now.

Quizzed over how their family dynamic could be affecting Stanley, Cathy said: “All three of us watched our parents struggle tremendously to lie to each other to keep up appearances and all three of us were affected in different ways by that.

“We don’t want to have to raise our child in a home where we have to pretend to be people we’re not to keep up appearances.

Stacey Dooley Sleeps Over is on at 10pm on Wednesdays on channel W.

Plus the Magic Bullet sex position promises intense orgasms when you can’t be bothered to put in the effort.

Calling all Great British Bake Off fans, the Star Baker is the themed sex position you need to try.