On Tuesday, July 14, Beyoncé attended the Lion King movie premiere in Leicester Square with hubby Jay-Z, making a grand entrance, as per usual. The singer-songwriter (and the new voice of Nala in Disney’s remake!) stunned in a mesmerizing gold eyeshadow look that paired majestically with her silky gold dress. On her lips, she wore a neutral glossy combo and her long locks were styled pin-straight. As alluring as her Lion King-inspired look was, our eyes couldn’t help but veer to her radiant, sun-kissed skin, which made it look liked she’d taken a dip in the most flattering shade of body luminizer. 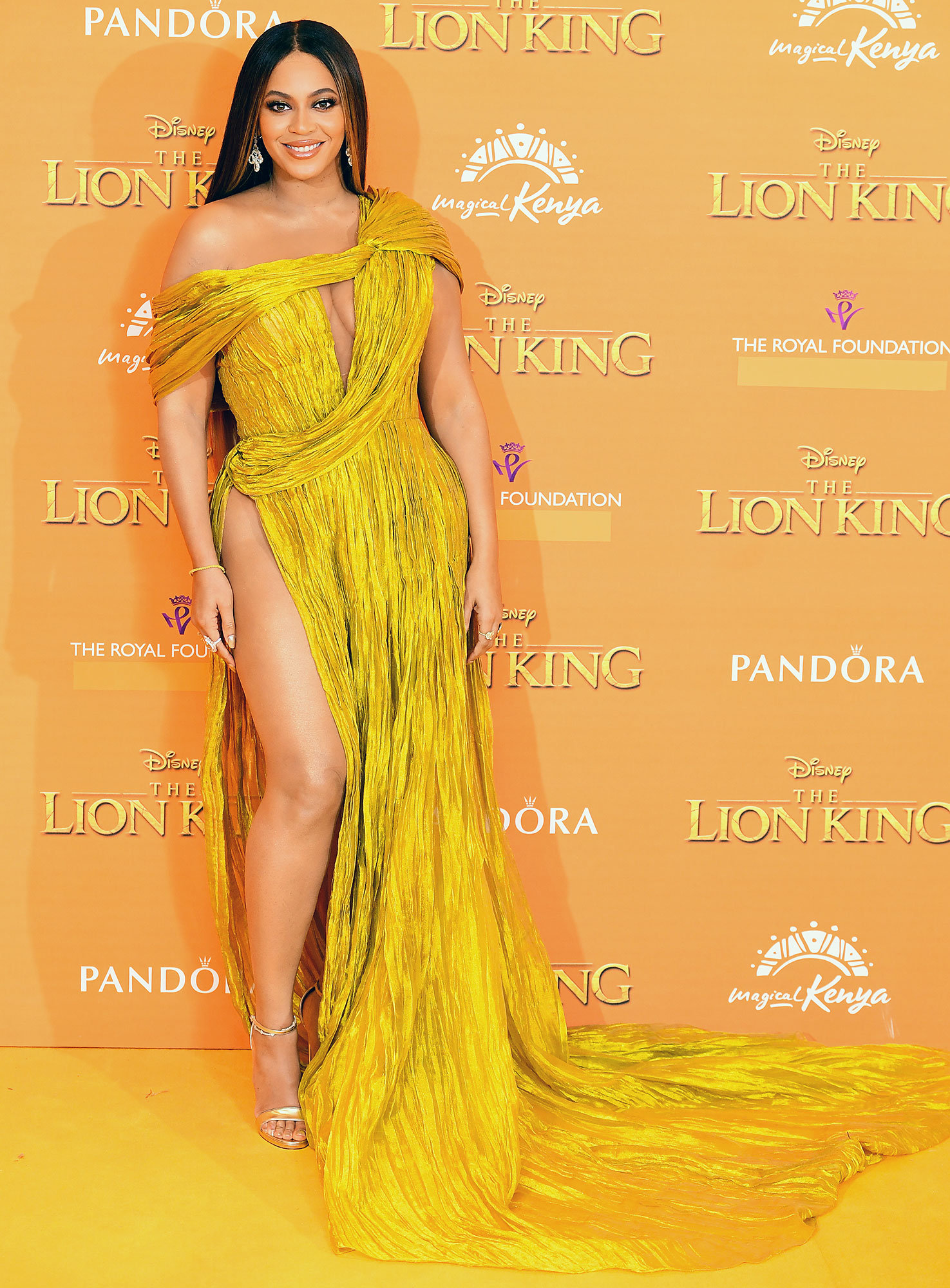 The source of Bey’s glow was revealed by her makeup artist Sir John. In preparation for the big event, he used the Sir John x Disney The Lion King Highlighter Palette all over Bey’s décolletage, arms, legs and shoulders. Clearly, the $40 powder highlighter is a must-have in your beauty collection to achieve a double take-worthy glow — whether that’s on your cheekbones, your body or both.

If you’re looking to pair your new glow with a complementary eye makeup look, you can look to The Lion King characters for inspiration. Sir John tells Us, “Attending the LA premiere and seeing the CGI for the first time was visually such a treat. Nala’s eyes mesmerized me, and I thought, how can I translate this into wearable glam?! If you noticed, the London premiere was my attempt at harnessing the power and sultry essence of a lioness. Not literal in interpretation, however there’s an undeniable feline presence.”

To create the red carpet look, he used a variety of shades from the Can’t Wait To be Queen Eyeshadow Palette, including two matte brown shades named King and Pride Rock in her crease and two shimmery shades named Simba and Nala all over her lid for sultry shimmer. “After seeing that beautiful marigold-esque gown, I knew Simba and Nala gold would be stellar choices,” says Sir John. “I love transforming my clients into golden girls. It’s kind of my thing.”

And to achieve that glossy, neutral lip, apply the warm shade of Liquid Lipstick named Trouble onto your lips and then layer the pinkish-nude shade of Matte Lipstick in Pounce on top. Finally, sculpt your face to perfection using the Sculpting Palette and when you’re done, take to the ‘gram to show off your new glow. Just don’t forget to give Sir John and Queen B a tag.