There’s a new political fashion statement in town, just in time for the election. Should you wear it? 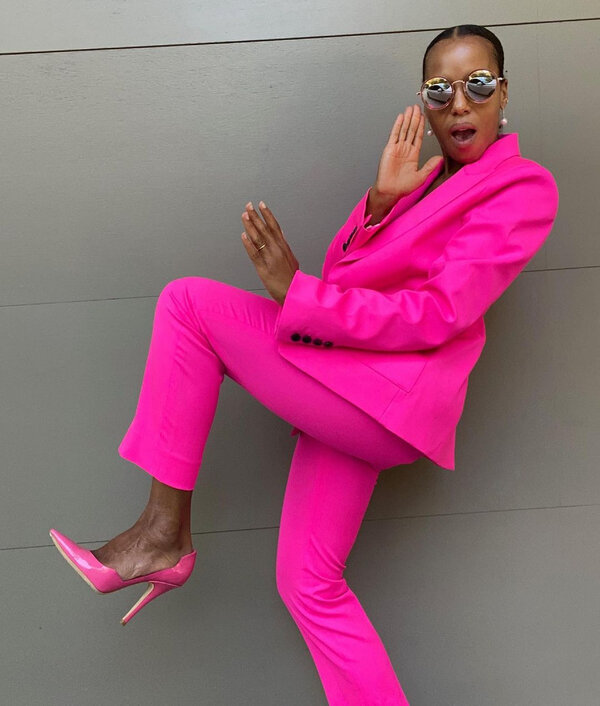 Around this time four years ago, a grass-roots movement began on Facebook urging women to adopt a specific uniform as they went to the polls. And though #wearwhitetovote and #pantsuitnation were superficially about fashion, they were really about symbolism and female solidarity, about the precedent-changing candidacy of Hillary Clinton and the long line of feminists and suffragists that stretched out behind her.

Well, we all know how that election went.

Yet right on cue and just in time for growing ballot lines, another dress movement has emerged, one again focused on women, voting and empowerment. And social media.

#Ambitionsuitsyou urges women to wear a hot pink suit to demonstrate their own unapologetic strength of purpose.

The suit is the brainchild of Argent, a women’s work-wear label started in 2016 to promote gender equality in the workplace through clothes — why, for example, should women be disadvantaged in meetings because they don’t have inside pockets in their suits? the founder, Sali Christeson, wondered — and Supermajority, the women’s rights advocacy group created by Cecile Richards, Alicia Garza and Ai-jen Poo. The campaign has been picking up steam since it was introduced during the vice-presidential debate and should reach its apogee on Election Day.

Thus far the suit has been adopted by a host of celebrities, who have unleashed a pink sea of selfies (with hashtag) on Instagram. Amy Schumer, Kerry Washington, Marisa Tomei and Zoë Saldana have posted photos of themselves in the suit, as have Paola Mendoza (a founder of the Women’s March) and Jamia Wilson (the director of the Feminist Press and soon-to-be executive editor of Random House).