China's Qi Huahua totally changed her look by using a prosthetic nose and taping down her chin – among other beauty tricks. 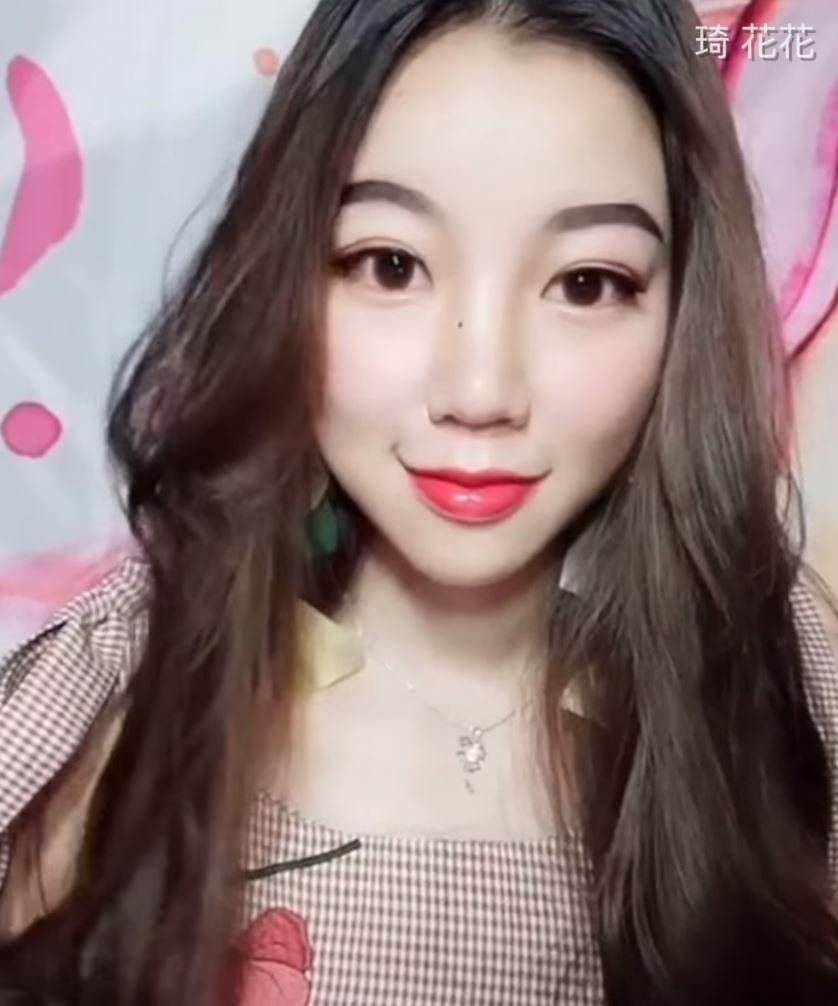 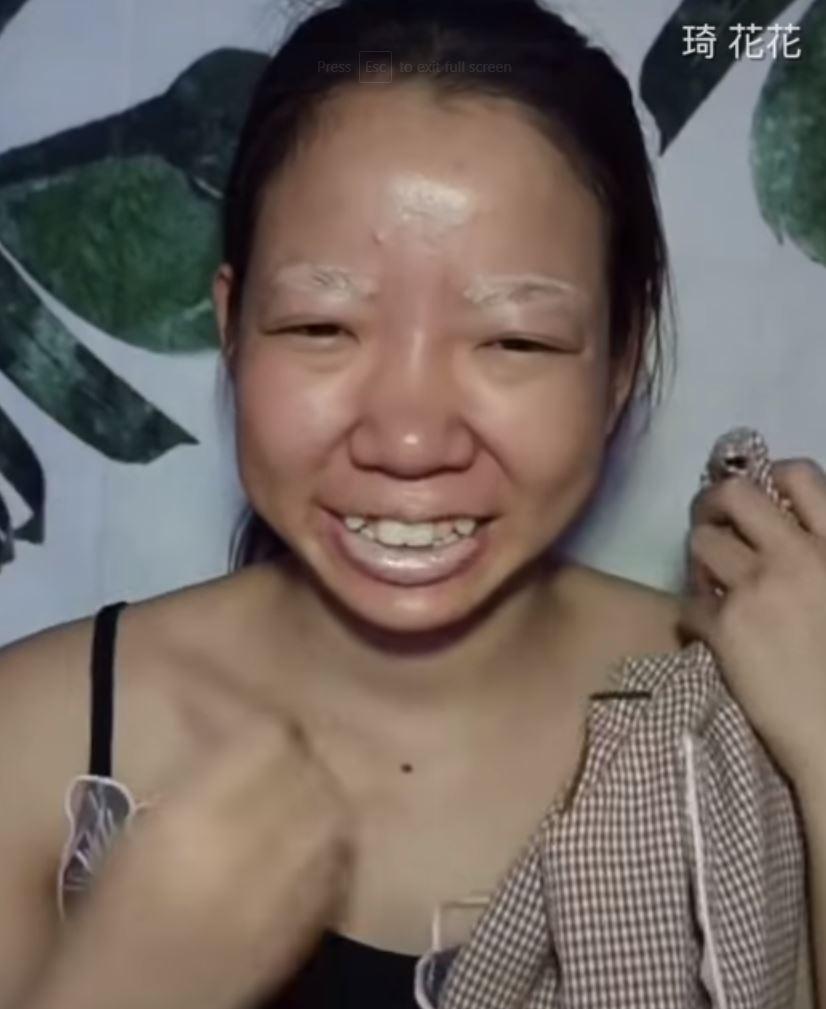 People have been left floored by the viral video, with one viewer commenting: "That's why i have trust issues".

While one woman joked: "I can't even cover a pimple on my face. Wtf kinna sorcery is this".

Other shocked viewers wrote: "make up is one thing, this is completely remodelling your face", and "this got me speechless…"

It was shared on the 9GAG Facebook page this afternoon – with the caption "How to get away with murder" – and has now been viewed more than 1.8 million times. 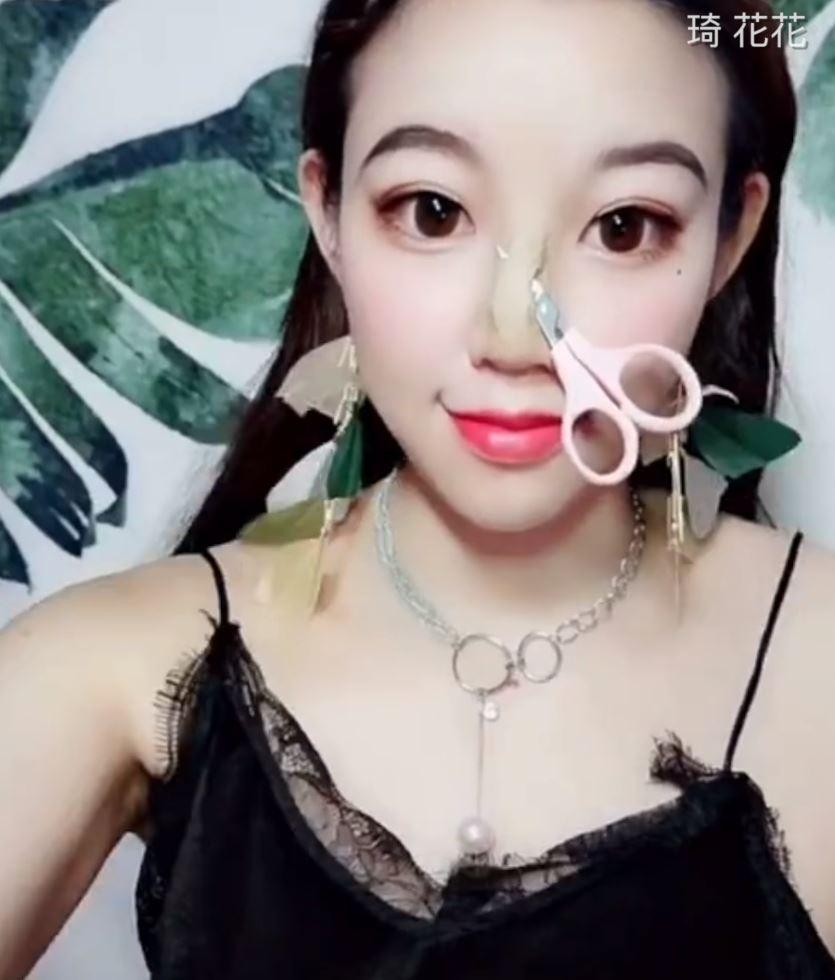 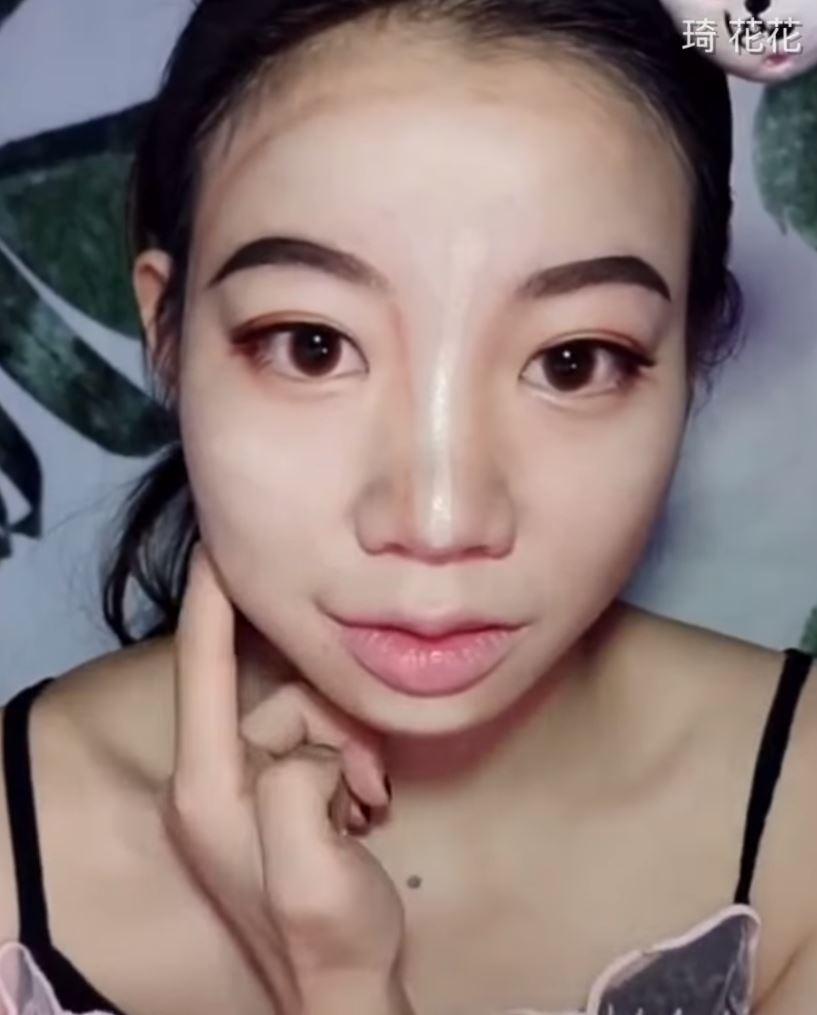 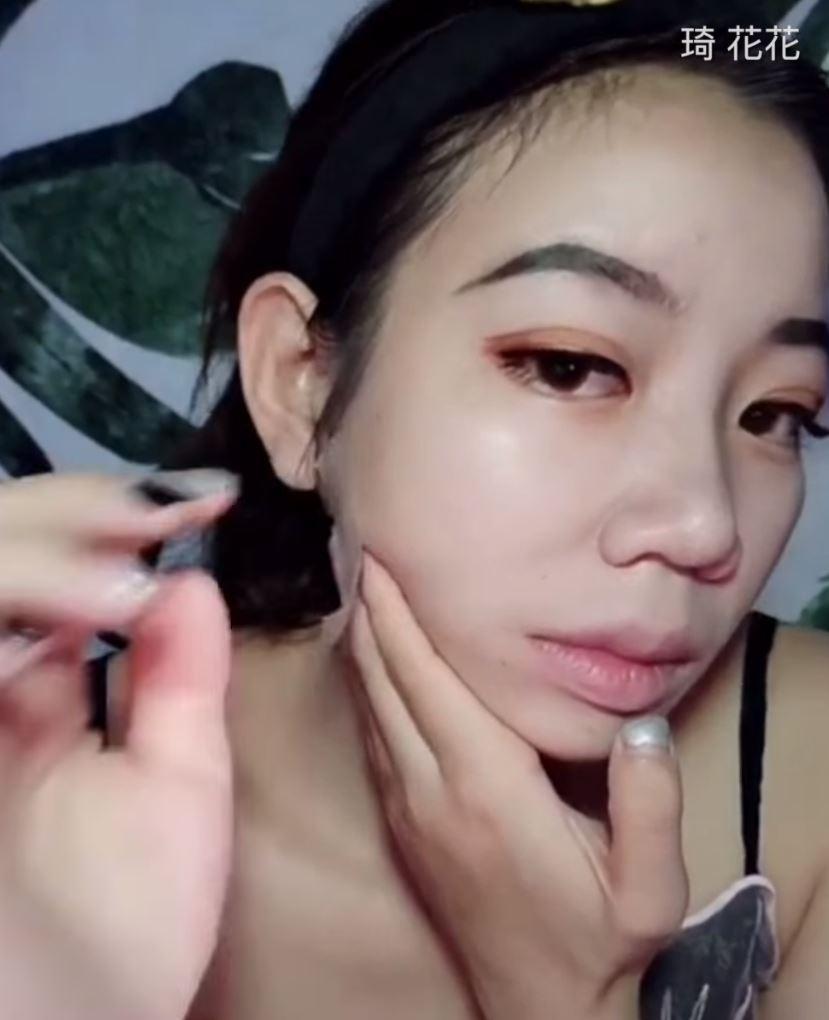 To disguise herself, Qi starts by applying a white face cream. Lighter skin is considered more desirable  by some people in China.

She then applies normal foundation and stick-on brows, to cover her sparse natural ones.

A coppery eyeshadow applied to the corner of her eyes, as well as false lashes and a light powder applied in her inner eye, makes them appear bigger.

She the contours her face, tapes down her chin (to make her jaw appear slimmer) and applies red tint to her lips and cheeks. 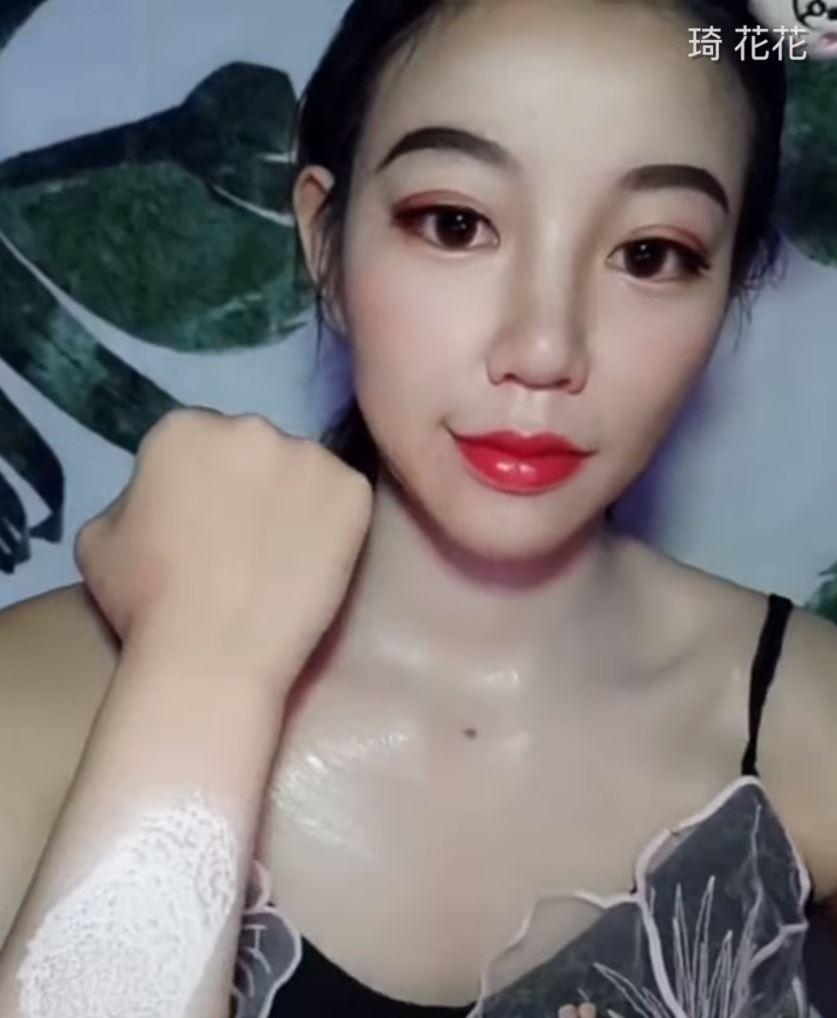 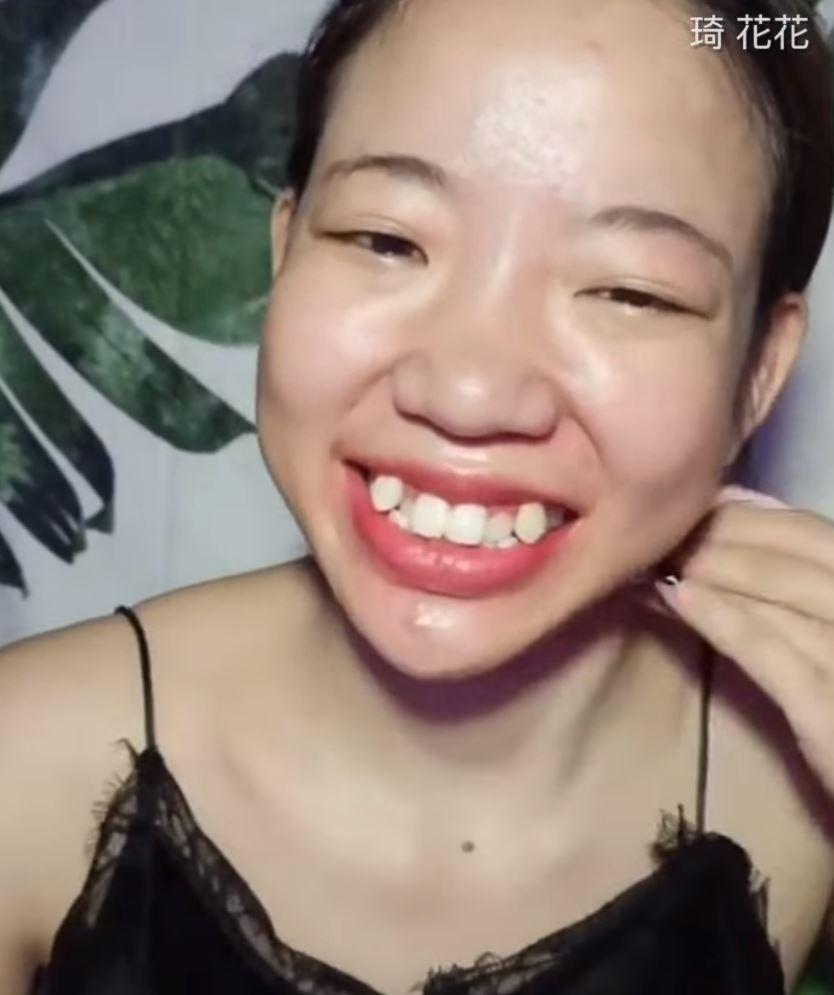 A fake nose and more white cream, applied to her chest and arms, completes the scarily impressive transformation.

She then uses a wipe to remove the dramatic make-up, and prove it really is her.

China's sculpture trend, which has been likened to Cosplay, has been sweeping social media across Asia – with women using false lashes, contact lenses and prosthetic noses to transform their looks.

In more beauty news, you've been plucking your eyebrows all wrong! Here’s why you need to groom them in dim light.

While the professor behind GHDs has revealed the BIG mistake we’re all making when straightening – and it’s ruining your hair.