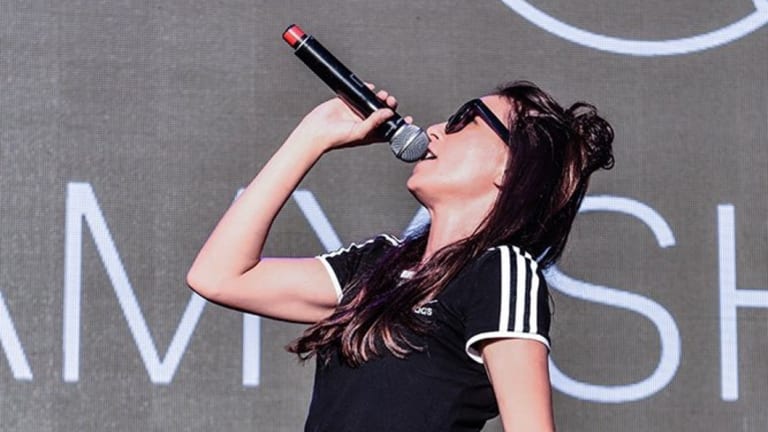 Appearing genuinely in awe of the crowd standing before her, Amy Shark and her bone-tingling vocals exceeded expectations at the sold-out show.

Shark is an ARIA-winning Australian indie pop singer-songwriter from the Gold Coast who two years ago was virtually unknown.

Standing alone on stage with only a drummer and bass guitarist, it was all she needed to impress her growing cult following at arguably Melbourne’s best live music venue.

Shark is the real deal.

She took to the stage for her Love Monster tour with the aura of an Aussie hip-hop artist, complete with black jeans and white tee, her dark brown hair half-up in a tight bun in what has become her signature style.

But instead of hip hop she belts out killer indie-pop tunes with raw, relatable lyrics. There are no over-produced choruses, no bells and whistles. Shark is the real deal. It's simple, honest music that Australia has clearly been crying out for.

Shark is a fire-cracker in a tiny package with transfixing talent that just begs to heard. Is she a 2018 Australian version of Alanis Morissette? Perhaps. Except she probably knows the true meaning of ironic.

While some songs teetered on the edge of being too short, the singer weaved in commentary to give them context.

Shark is the first to admit her career wasn’t supposed to start out this big, albeit hers is a late break into the industry at 32. But she's unapologetic.

Her feedback to the doubters? "Tell them all I said hi."