It’s been a year since we all said goodbye to the Sweetener tour and now we’re getting the chance to head back one more time.

Ariana Grande just released the trailer for her upcoming concert documentary, Excuse Me, I Love You. The film not only shows Ari as she performs in London but also gives fans a behind the scenes look at the making of it. From making videos for Mariah Carey to getting lost in giant arenas, Ari is putting it all out there for everyone to see. 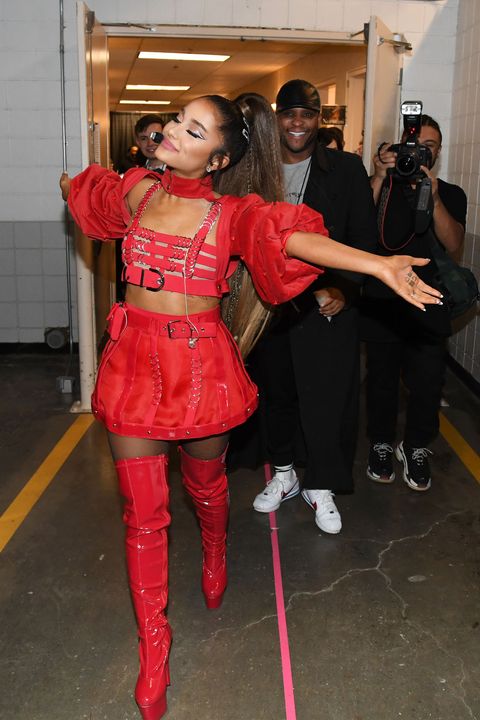 In one part of the trailer, Ariana gets emotional while talking to her dancers in a show circle.

“It’s been hard physically and mentally, but like this show for sure saved my life this year,” Ariana said tearfully. “I think I just inhaled a tear.”

You can check out the official trailer below:

Along with the trailer, Netflix also released the official synopsis of the film to give fans a better look at what they can expect.

“The Netflix documentary film ariana grande: excuse me, i love you follows the Grammy-winning, multi-platinum singer-songwriter around the globe on her sold out 2019 Sweetener World Tour, capturing the spectacular performances of the hits that have burned up the charts, as well as exclusive, never-before-seen footage of the internationally-beloved superstar at home and on the road with her dancers and band. The film offers an exclusive peek at the many facets of the passionate, raw, and always real artist and provides backstage access to the pre-show rehearsals, iconic styling, and the intimate and emotional moments that are the reason for the special connection she has with her fans.”

Ariana Grande: Excuse Me, I Love You will be available to stream on Netflix starting December 21.