From getting caught between a group of men to stormy weather, the rapper keeps missing his chance to meet the singer/actress in the video.

AceShowbiz –
It’s been nine years since Zico collaborated with IU. The musical duo have teamed up once again for his latest single “SoulMate”, which was released on Monday, July 30. A music video for the song was unveiled on the same day.

The vintage visuals features the leader of Block B having a hard time meeting the singer/actress as the elevator that he rides in keeps driving him away from her. From getting caught between a group of men dressed in white coat to stormy weather outside the elevator, Zico keeps missing his chance to face IU. At one point during the clip, a confused IU finally gets to meet him, but it turns out to be nothing but an illusion. 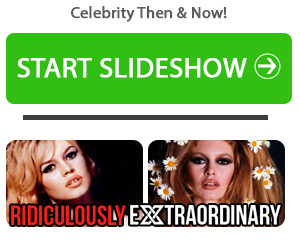 They finally meet up towards the end of the clip, with a group of men throwing confetti as IU walks towards the elevator Zico is in. However, a new problem arises. They can’t get out of the elevator as there are ropes preventing them from going out.

“SoulMate” was composed, produced and written by Zico himself. It is his first collaboration with IU in nine years since her 2009 hit “Marshmallow”. Soon after its release, the song has topped all six major realtime charts in South Korea, including MelOn, Soribada, Mnet and Naver.

Now that his comeback song has been released, Zico can fully focus on his forthcoming solo concert “King of the Zungle in Seoul”. The two-day concert will be held on August 11 and 12 at the SK Olympic Handball Stadium in Seoul, South Korea. It will mark his first solo concert since making his debut as a member of Block B approximately seven years ago. Tickets went on sale to general public on July 16.

After his Seoul concerts, the “Okey Dokey” spitter is planning to embark on a world tour in September and October. Countries that he is going to visit will be announced at a later date.