Home » Music » Chas Hodges, one half of singing duo Chas and Dave, has died at the age of 74

Chas Hodges, one half of pop rock duo Chas and Dave, has died at the age of 74, it’s been confirmed.

The sad news was posted on the Chas and Dave official Twitter account, which shared a statement revealing that Chas passed away from organ failure in the early hours of Saturday morning (September 22).

“It is with tremendous sadness that we announce the passing of our very own Chas Hodges,” the statement read.

“Despite receiving successful treatment for oesophageal cancer recently, Chas suffered organ failure and passed away peacefully in his sleep in the early hours of this morning.”

Chas and Dave first formed in the 1970s and became synonymous with the music style rockney – mixing rock and cockney. They are perhaps best known for their songs ‘Rabbit’ and ‘Gertcha’.

Chas shared his cancer diagnosis with fans back in February 2017, which was described to be in the early stages, with the duo rescheduling gigs so that Chas could undergo treatment immediately. 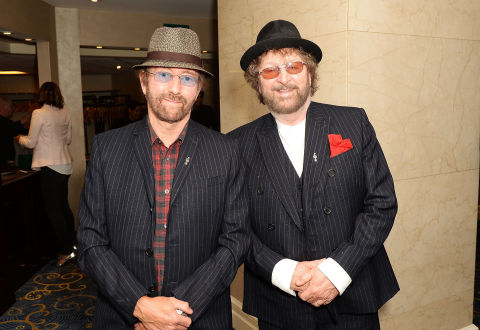 Last month, Chas and Dave also announced that they were cancelling all of their forthcoming shows due to Chas’ “extreme illness”.

“In my life as a musician/entertainer I would say the most depressing thing to have to do is to have to cancel a gig or gigs,” Chas said in a statement at the time.

“Fortunately, throughout my career of thousands of gigs with Dave or in other bands these times have been very few & far between, and only extreme illness in the past (and I mean extreme) illness has prompted me/us to have to make this decision.”