Elvis proposed over Christmas 1966 and married Priscilla on May 1, 1967, at the Aladdin Hotel in Las Vegas. They had actually been dating since 1959 when she was just 14 years old. Even after she reached legal age, they both constantly declared, before and after, that they did not consummate their relationship until the wedding night. Elvis was based in California at the time and they lived at the extraordinary architectural wonder dubbed “The House of Tomorrow” by influential Look magazine, which peaked at a circulation of over seven million in the 1960s. SCROLL DOWN TO WATCH A VIDEO TOUR OF THE HOUSE

Elvis paid $21,000 to rent the house for a year although by the end he was living there mainly alone, having turned it into a “poor man’s Playboy mansion” while Priscilla stayed at their Beverley Hills home.

The unique 5,000-square-foot mid-century architectural wonder is still rented out today, maximising on its connection to Th eKing.

It has five bedrooms and five bathrooms, and is built around a futuristic round concept, with pod rooms jutting off from a central structure. The interior elements include a floating fireplace, rock walls, a built-in 40-foot sofa, terrazzo flooring and, Elvis’ particular favourite, a jacuzzi. 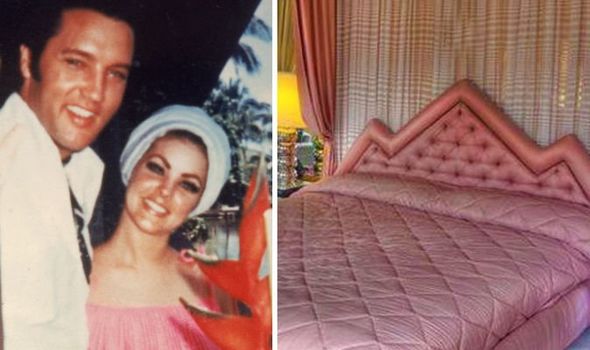 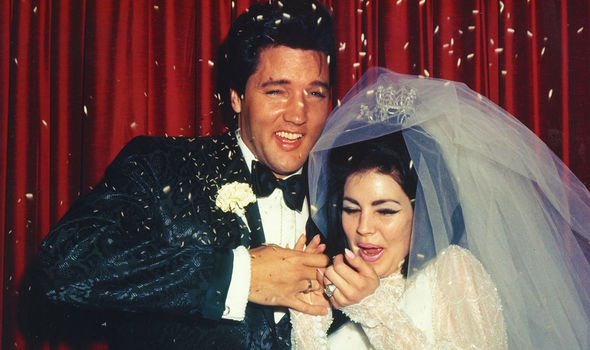 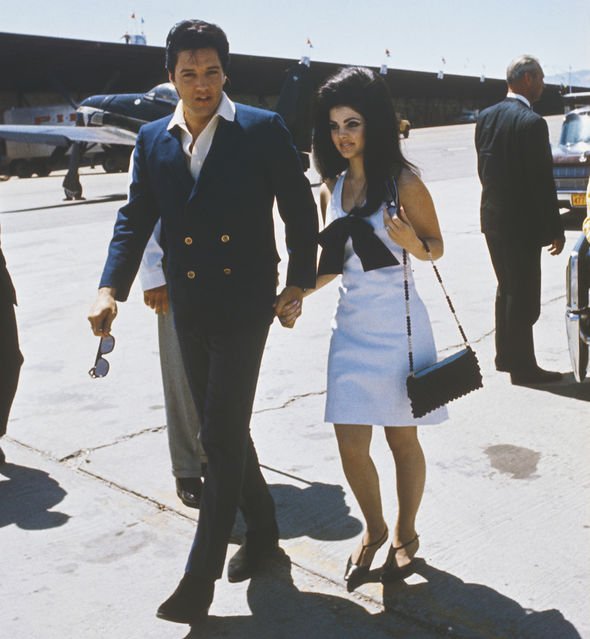 Doubtless, at the time Priscilla hoped it might be a refuge and help them build a better life away from Graceland.

She said: ‘‘Elvis used to be kind, gentle and always attentive. But things changed long before our wedding day. I should have realised I was marrying an entourage and only had a share in its leader. It had to end.

“Graceland was the worst. It wasn’t a home, it was a carnival and I was one of the acts.”

Unfortunately, their honeymoon period in Palm Springs did not last – for two major reasons. 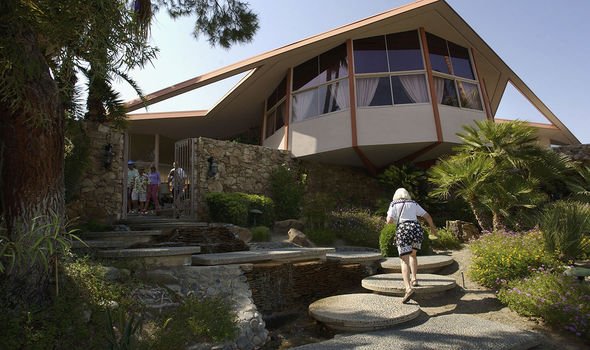 Firstly, Elvis’ womanising never stopped. It wasn’t long before he was inviting a parade of women to the Palm Springs pad, with its huge outdoor pool, while Priscilla remained in Beverley Hills.

His wife, meanwhile, had immediately become pregnant. Lisa Marie would be born on February 1, 1968, precisely nine months after the wedding.

Lamar Fike, one of the star’s close circle known as the Memphis Mafia, said Elvis had never wanted to marry Priscilla or to get her pregnant. During the latter stages of her pregnancy, he even suggested a trial separation but backed down at her horrified response.

DON’T MISS
Elvis slept with OTHER girlfriend Elisabeth after Priscilla left
Elvis Graceland ‘mayhem’ rooms: Lisa Marie describes what went on in p
Elvis: His final hour and desperate attempts to revive him 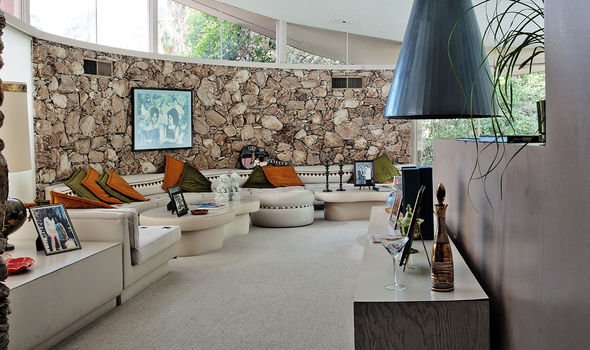 There is no doubt that Elvis adored and doted on Lisa Marie throughout his life. However, her birth changed his attitude towards Priscilla forever.

Elvis was fixated on the purity of young women and virgins. As a sexually active wife and then mother, Priscilla no longer fit these criteria.

She has said how her husband physically withdrew from her after the birth of their only child: “He had mentioned to me before we were married that he had never been able to make love to a woman who had a child.”

The honeymoon was well and truly over. They eventually separated on February 23, 1972, and divorced the following year.