Elvis Presley showed a keen interest in law enforcement, politics and even espionage in his time. For some time, Elvis would turn up at police scenes and attempt to investigate, while he also had a tour of the FBI. However, this interest was made even clearer when he met President Richard Nixon.

As of 2015, an image of Elvis shaking hands with President Nixon in the Oval Office was one of the most requested images in the USA National Archive.

The image was taken at 12:30 on December 21, 1970, and saw President Nixon smiling while Elvis was dressed in some of his well-loved performance clothing.

As it turns out, Elvis wanted to meet the former president to show some of the investigating he had been doing outside of his working life, into “anti-American” activities and other things.

Before his arrival, as his long-term aide Jerry Schilling explained, he had reportedly spent too much money on Christmas presents, and frustratedly left his home in Memphis and flew to Washington.

READ MORE: James Bond: Why did George Lazenby only play 007 once? 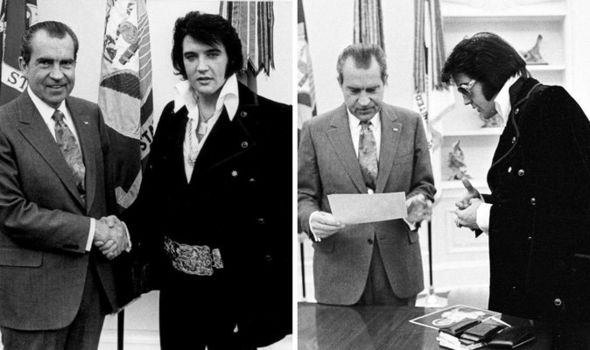 He then reportedly left Washington after one day, flying to Los Angeles, after which he went back to Washington, which Jerry believed was because he wished to get hold of a badge from the Bureau of Narcotics and Dangerous Drugs.

According to the public record of the meeting, Elvis turned up at the White House in a purple velvet suit, with a letter to the former president which explained his reason for coming.

In the letter, The King wrote: “I have done an in-depth study of drug abuse and Communist brainwashing techniques and I am right in the middle of the whole thing where I can and will do the most good…” 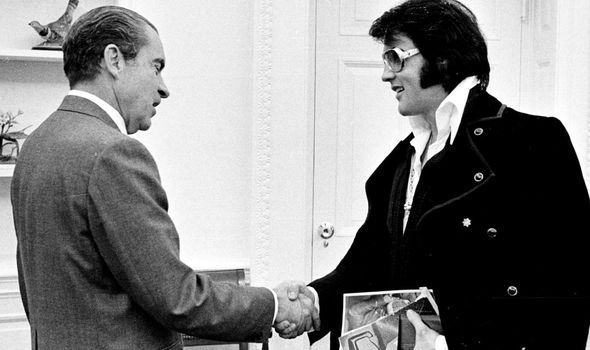 “I will be here for as long as it takes to get the credentials of a federal agent.”

Elvis was a collector of police badges, and wished to be named a Federal Agent at Large by the former president, while also gaining another badge for his collection, one Priscilla called a “narc badge.”

In her book, Elvis & Me, she wrote of the badge: “The narc badge represented some kind of ultimate power to him.

“With the federal narcotics badge, he [believed he] could legally enter any country both wearing guns and carrying any drugs he wished.” 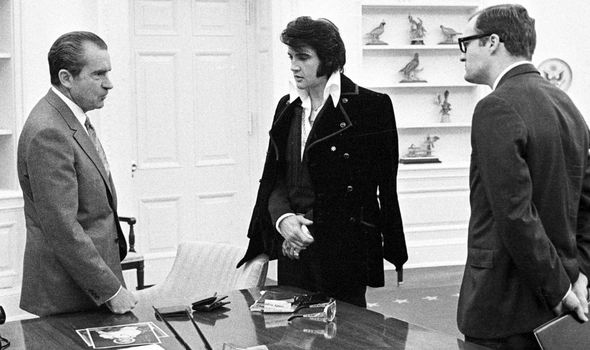 According to one of President Nixon’s aides, Egil Krogh, who went by Bud, Elvis spent a great deal of time sharing his concern about the Beatles, and their “anti-American” way of living.

Bud wrote of the meeting: “Presley indicated that he thought the Beatles had been a real force for anti-American spirit.

“The President then indicated that those who use drugs are also those in the vanguard of anti-American protest.”

He also claimed: “The Beatles came to this country, made their money, and then returned to England where they promoted an anti-American theme.”

This wasn’t to be the last time when Elvis spoke ill of The Beatles to law enforcement, as he also spoke about them with J. Edgar Hoover on a tour of the FBI in 1971.

Notes taken during that meeting suggested Elvis said: “The Beatles laid the groundwork for many of the problems we are having with young people by their filthy unkempt appearances and suggestive music.”

Back in the White House, the former president then called to get Elvis a badge, which according to Krogh made him so ecstatic he hugged President Nixon with his arm.

The meeting was fairly short, but the archive images of it became incredibly famous, especially after President Nixon’s resignation in 1974 and Elvis’ death in 1977.