Home » Music » Even in death Aretha Franklin dresses like a queen

Aretha Franklin, known for floor-length mink and jewels, is glamorous in life and death.

The dress has beading on the bodice and shoulders, and a boat neck collar with a chiffon bell sleeve altered by Swanson, who is also a seamstress. 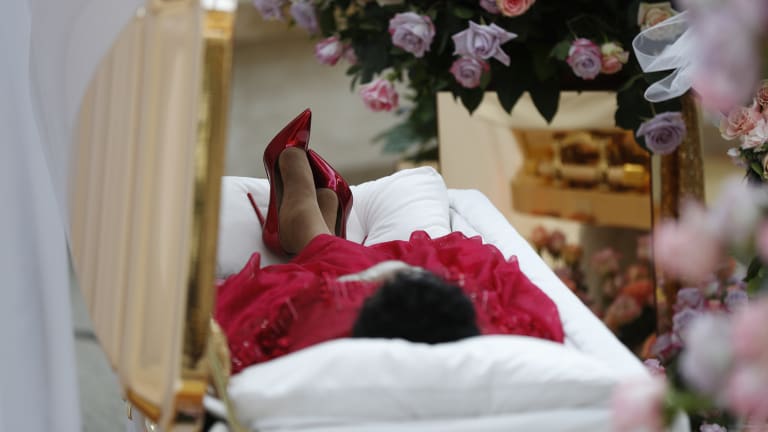 Aretha Franklin lies in her casket at Charles H. Wright Museum of African American History during a public visitation in Detroit.

"She is presented in a way that reflects her life and her legacy," Swanson said. "She is, indeed, resplendent in repose, as a queen should be." 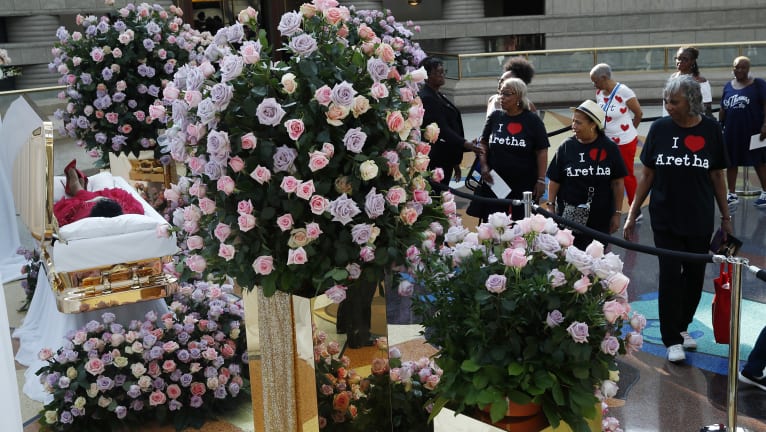 Hundreds of people have queued to visit the casket.

Franklin is resting in a solid bronze Promethean casket plated in 14-karat gold. It is the same type of coffin in which singers James Brown and Michael Jackson were buried, according to The Telegraph of Britain.

The casket is lined with champagne velvet; her name "Aretha Franklin" is embroidered in gold metallic thread with "Queen of Soul" beneath.

Funeral arrangements were not directed by Aretha Franklin, Swanson said. "She never talked about death. She was very much all about life."

Hundreds of fans lined up to pay their respects from 9 am to 9 pm Tuesday, a schedule that will continue Wednesday at the museum. The funeral is Friday.

O'Neil D. Swanson began making preparations at 6am on Monday to get the 18-time Grammy winner from the funeral home to Midtown Detroit in his vintage 1940 Cadillac LaSalle hearse. He also handled services for his good friend, the Rev. C. L. Franklin.

"I go way back with her father," said Swanson, president of Swanson Funeral Home. "He was a close friend of mine. He meant so much to this community."

The Swansons talked of feeling honoured to know the Franklin family over the years, and earn their trust to coordinate arrangements during this time of grief.

"It's a surprise," Linda Swanson said. "Just natural changes in wardrobe that a queen would make."