Much will be written this week about Aretha Franklin's extraordinary contribution to music over her decades-long career.

Respect's powerful place as an anthem for civil and women's rights, Franklin's extraordinary vocals on Carole King's (You Make Me Feel Like A) Natural Woman, and the iconic I Say A Little Prayer will all form part of music lovers' memories.

But from 42 studio albums the Queen of Soul released more than 100 singles, from Never Grow Old in 1956 through to her take on Adele's Rolling In the Deep in 2014.

Here are five tracks to immerse yourself in to celebrate the legendary voice of Aretha Franklin.

Don't Play That Song (1970)
A cover of Ben E. King's chart-smashing single, Franklin took a song about the power of music to evoke painful memories and thrust her own power onto it, instilling an even greater level of hurt and yearning into her version with the Dixie Flyers.

Son of a Preacher Man (1970)
While Dusty Springfield's original is seminal, Franklin's b-side take on it has the personal impact only she could give by being the daughter of a preacher man herself.

Her entrance into the third verse takes out the pop and turns into a stunning prayer which shifts the entire end of the song. 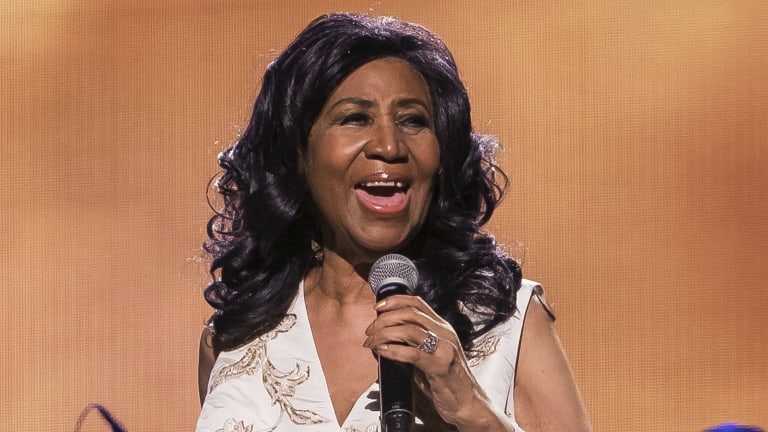 It Hurts Like Hell (1996)
Franklin's offering to the Waiting To Exhale soundtrack didn't make much of a dent in the charts, but true fans of the diva will have this high on their list of favourites because it is one of the finest examples of the absolute breadth of her range.

From the deep notes that sound like they have escaped her soul through the light trills that artists from Mariah Carey onwards have emulated.

Do Right Woman, Do Right Man (1967)
An early take from the Queen of Soul about equality that really comes from the soul. The song has a surprisingly soothing melody given its powerful underlying message asking men to treat women with respect.

The original diva teaches the baby diva how it's done. While the production on this album is way too heavy handed, there is no denying that putting this voice on this song was a mark of pure genius.