Home » Music » Fraser A. Gorman's building on his early promise

When Fraser A. Gorman announced himself in 2015 with his debut album, Slow Gum, the Melbourne singer-songwriter looked the part: a deadpan face, narrow-shouldered suit, and shades straight out of a 1966 Bob Dylan press conference. But he sounded like he was still figuring things out, including how to tie together his estimable influences and truly define his own experiences. 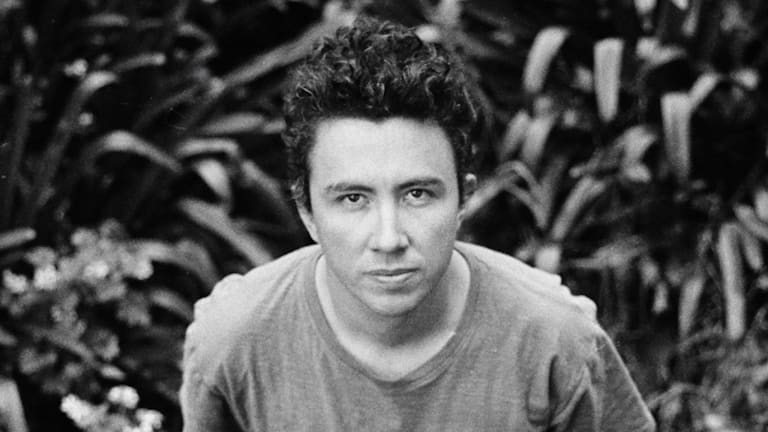 Fraser A. Gorman likes the mix of working as a musician and a carpenter.

On his impressive new album, Easy Dazy, Gorman has made that leap. The record’s melodic warmth ties together prime Americana and classic pop flourishes with an understated ease, while the lyrics are connected to the bedrock of the 27-year-old’s life.

“I’ve got a bit more concise view of the world now from experiencing life more. You figure out what’s important and a lot of things that I thought were important at 22 faded away,” Gorman says. “The rock and roll dream and partying, drugs and drinking – all those things that look bright and sparkly at 22 you see the reality of when you’re a bit older.”

Following in the footsteps of fellow Milk! Records success story Courtney Barnett, who had him open a European tour for her, set Gorman up for a year of international touring after the release of Slow Gum. Being on the road for that long is like “a vortex”, he says, which he finds appealing, but once it was over he went back to working as a carpenter.

“I mainly do renovations on extremely rich Melbourne homes – no shortage of those – and the buildings I work in are interesting, but the distance between the construction industry and the music industry is refreshing for me,” Gorman says. “The life of a musician is late nights, drinking, and travel, and as a carpenter it’s early mornings, early nights, getting fit and healthy. There’s a stability in that which keeps me sane.”

His boss is a music nut, who is not only flexible with holidays for touring, but has introduced Gorman to the likes of Teenage Fanclub and Wilco through the daily soundtrack on site. Gorman’s albums are full of nods to his favourite records, but working with American producer Nicolas Vernhes (The War on Drugs) he’s transcended checklist creativity and also made a virtue of the many female vocalists who share the microphone with him.

“I love singing songs with females,” Gorman says. “I like singing but it’s not like I have an amazing voice. I lean on female voices because they bring out the beauty in my music and harmonies are under-used in contemporary rock and roll. And my mum often drills into me that I have to sing with women to make me sound better.”