The story goes that when Joe Satriani heard at football practise his guitar hero Jimi Hendrix had died, he quit the team and told his coach he would follow in the legend's footsteps.

For someone whose music and stage shows are often louder and larger than life, this tale seems apochryphal, another high note distorted by the amplifiers.

But Satriani says "that's absolutely true," speaking down the line as he prepares to come to Australia and tour venues across the country with a new album What Happens Next– his 16th – and an evergreen desire to reach the heights his idol soared to. 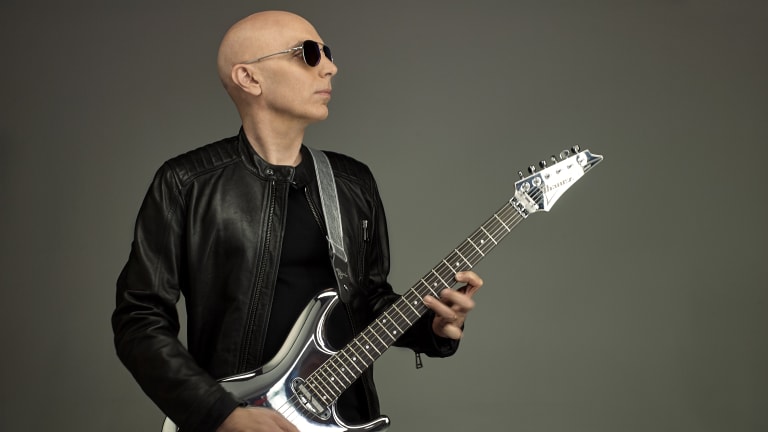 Joe Satriani is coming to Australia with his new album What Happens Next.

"When I heard he died that just did it for me. The thing with Hendrix is that it's just three guys in a room creating magic. There's no synths or recording tricks, just pure talent and passion, and that's what I've tried to do my whole career," he said.

"Take a song like Voodoo Chile. People focus on the guitar licks and all of that, but to me it's an incredible exampe of creating a song from beginning to end with chords and raw energy, sustaining the magic all the way."

'Satch' himself is a hero to many other guitarists with 15 Grammy Award nominations and more than 10-million album sales making him the biggest-selling instrumental rock guitarist.

Perhaps best known for his 1987 album Surfing with the Alien, the 62-year-old is determined never to do the same thing twice in the recording studio, even abandoning the guitar for long stretches to force himself to come up with something new.

'We just got back from touring Europe and with all that playing I am a monster, name it and I can play it," he said.

"I certainly feel that I need to tear down what I just did, you know take a hard left turn and see what happens.

"After long tours I'll come home and not play guitar for three weeks, just to clear my mind of all that muscle memory. You've got to get rid of those wonderful habits you form on tour, to make sure that my technique follows the song I've written and not the other way around."

Even with this dedication to the shock of the new, Satriani promised audiences in Australia can expect to hear the hits as well. 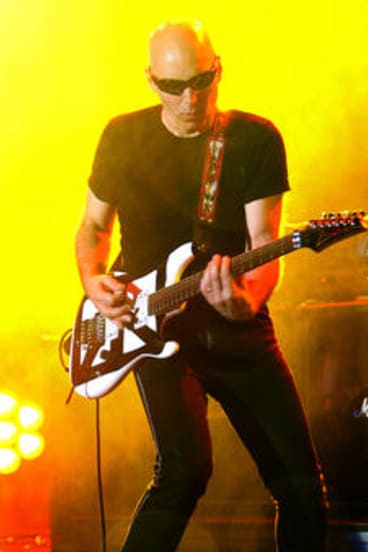 "I know new stuff can be like eating bitter vegetables," he said. "But we love playing the old stuff too, and we always think 'well, we'd better not piss 'em off,' so don't worry. It's all good stuff though, and as we tour around we find a good mix."

Circling back around to Hendrix, Satriani said his idol inspired him to take a chance, and nearly fifty years of playing later, he says every time he walks on stage he remembers the first time.

"I walked on stage as a terrified fourteen year old in my high school gym, playing in a band in front of my friends and I just loved it. And over the years I got good at it, and with creating and touring it's just good food and good drink and good people everywhere I go, really intense times."

WHERE TO NEXT AUSTRALIA TOUR