Peter Frampton has shared his rendition of B.B. King’s classic “The Thrill Is Gone,” one of blues staples the guitarist tackles on his upcoming covers LP All Blues.

“For the last two summers I had been playing a handful of blues numbers every night on stage with Steve Miller Band. I enjoyed this immensely and it gave me the idea of doing an All Blues album live in the studio with my band,” Frampton previously said of the LP.

“We started the resulting sessions nine days after coming off the road last year. Over a two-week period, we recorded 23 tracks, all live in the studio. The energy of these tracks is completely different from building a track one instrument at a time. With this recording, we pay tribute to all the original artists who invented this incredible music. I hope you can hear and feel our enjoyment. I’m not sure if you can say we had fun playing the blues. But we definitely did.” 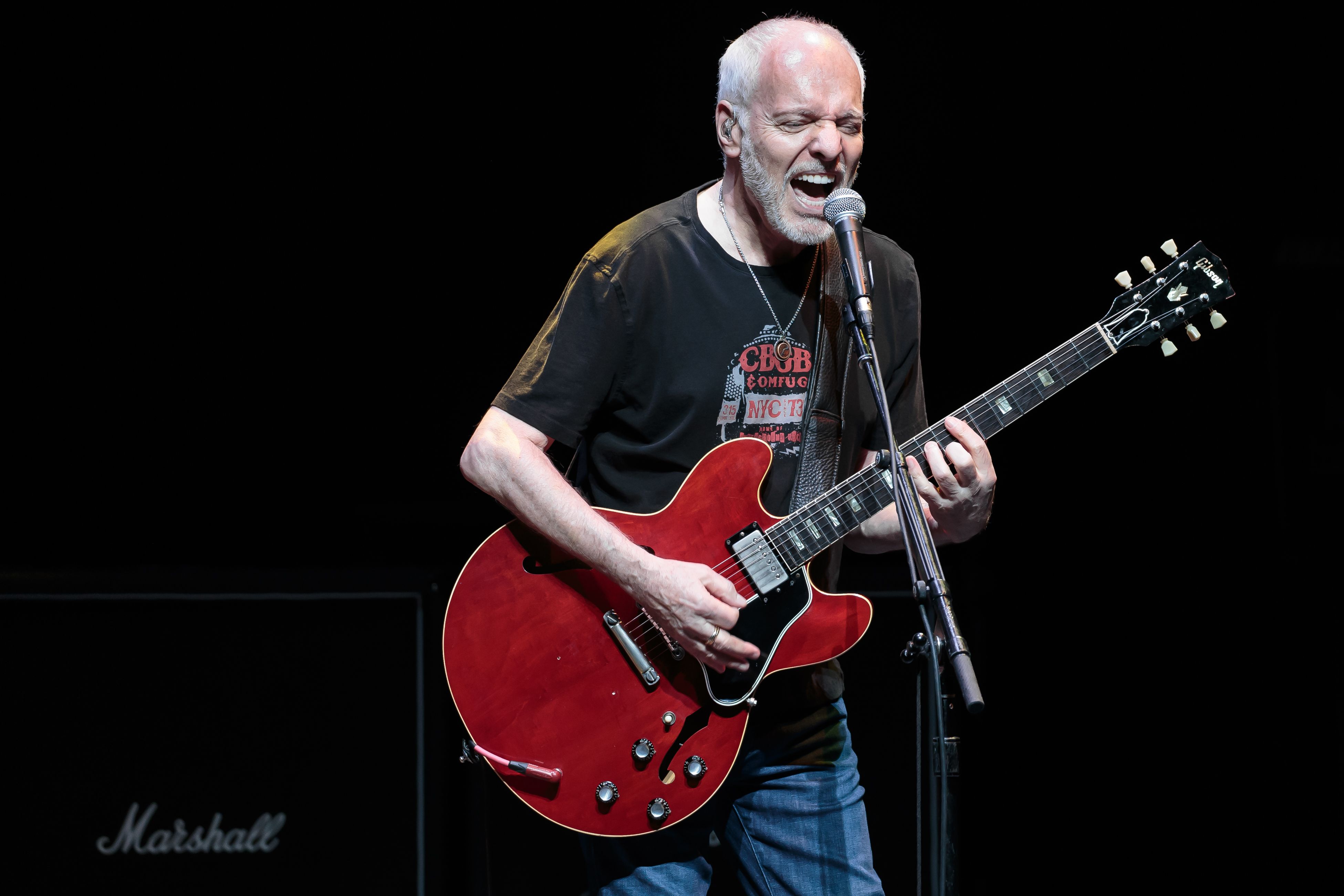 Frampton performed the track with King when he joined the blues legend on the Guitar Circus Tour in 2013. King also served as opener on one of Frampton’s co-headlining tour with the Steve Miller Band.

Following the release of “The Thrill Is Gone,” Frampton spoke to Billboard about meeting King for the first time.

“I went to his bus to meet the King, and I’m very nervous and sort of stuttering and stuff in front of him,” Frampton said. “He could see I was having a little trouble, and he said, ‘Peter, sit down, boy. Just tell me what you want me to do and I’ll do it for you.’ I couldn’t believe it. He just put me at ease – such a modest man and the nicest, easiest to get along with person you could ever dream of.”

Frampton added of his rendition, “It’s a tribute. We were lucky enough, privileged enough to have BB King open for us on his penultimate tour and I played the number with him every night. I don’t think people are gonna be too upset that we do a version of this.”

Frampton will showcase All Blues, due out June 7th, on his 50+ date “Farewell Tour,” which kicks off June 18th in Catoosa, Oklahoma. The trek will serve as his first tour of that magnitude due to his diagnosis of the autoimmune disease Inclusion Body Myositis (IBM), a progressive muscle disorder that causes muscle inflammation, weakness and atrophy.