Legendary singer Jimmy Barnes was admitted to hospital a day after falling during his headline act at the Mount Isa rodeo on Sunday night.

The 62-year-old rocker cut his thigh after tripping on the side of the stage while grabbing a drink of water between songs.

There was about a 30cm gap joining two sections of the stage together – which is where Barnesy’s foot is believed to have gotten caught. 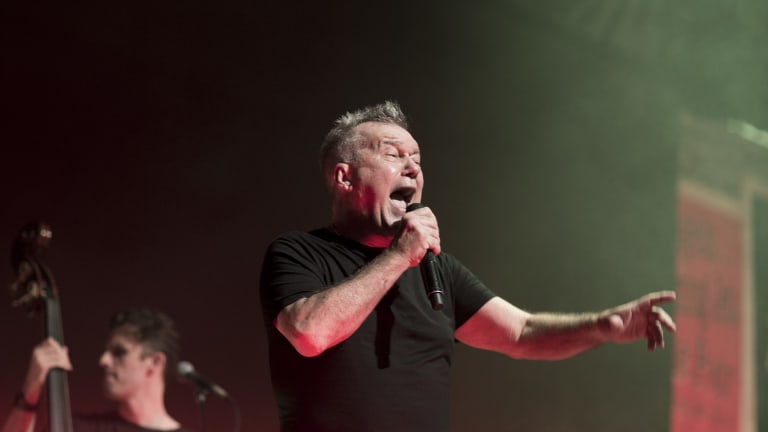 Jimmy Barnes has injured himself In a fall during a gig in Queensland.

His tumble happened during the first few songs of his set.

Many in the crowd were unaware the former Cold Chisel frontman had been injured.

“We were down the back and we could not tell anything was wrong,” local Caitlin Conway said.

“I guess that just proves he is a true blue Aussie rocker because the show went on without a hitch.

“He was fantastic,” she said.

Fans closer to the front of the stage told The North West Star they noticed blood trickling down his leg, but he finished his set with gusto.

Barnes boarded a plane out of Mount Isa immediately after his performance.

He is still expected to take to the red carpet in Melbourne on Thursday night for his Working Class Boy movie premiere.