Four months after a first case was presented to the office, a second, separate case is now being reviewed by the Los Angeles County Sheriff, CNN is reporting.

Details of the allegations are not yet known, but a spokesperson for the District Attorney in the region confirmed that a new case had been presented on Tuesday (August 21). 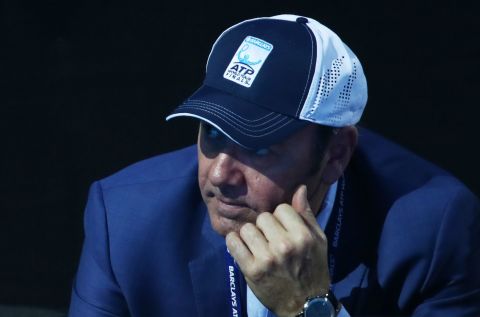 Digital Spy has reached out to Spacey’s representatives for comment.

Spacey, who is also being investigated by UK police, has been accused of multiple instances of sexual misconduct after actor Anthony Rapp first alleged last year that Spacey made a sexual advance on him in the ’80s.

When the allegations came to light in November, Spacey claimed that he did “not remember” the encounter with a then-14-year-old Rapp but offered the actor a “sincerest apology”.

Spacey’s spokesperson has since said that the American Beauty and former House of Cards star is seeking “evaluation and treatment” away from the spotlight.

In spite of the claims against Spacey – and in contrast to the actions of Sir Ridley Scott and Netflix – the actor’s latest film Billionaire Boys Club opened in cinemas earlier this month.

The crime drama, which had already premiered on VOD in the States, was released in just 10 cinemas across the US, leading the film to take just $126 on its opening day.