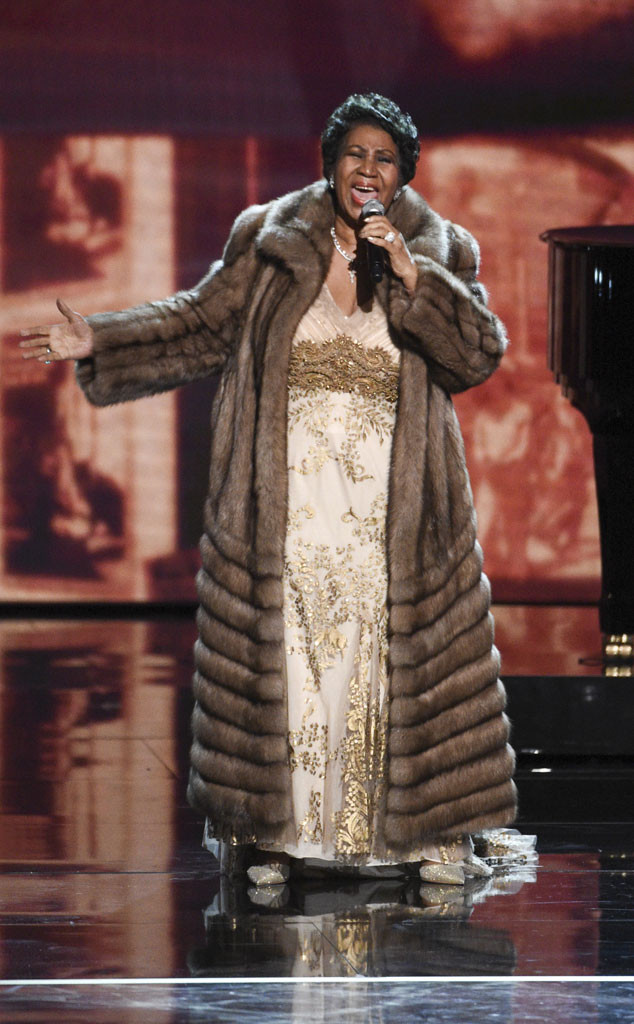 Aretha Franklin passed away on Thursday at the age of 76 after battling pancreatic cancer.

The iconic singer was surrounded by family and other loved ones in her home in Detroit when she died.

Franklin was born in Memphis Tennessee and had moved as a child to Michigan, where her father C.L. Franklin became a revered Baptist preacher. She joined his church’s gospel choir, where her voice and piano playing abilities gathered much attention. She also grew up around legendary musicians, such as Duke Ellington, Nat Cole, Ella Fitzgerald and Diana Ross, in her Detroit neighborhood.

Franklin’s upward trajectory in the music industry catapulted her to the top of the charts and allowed her to become known as the Queen of Soul. The 18-time Grammy Award winner’s career has spanned over 50 years, paving the way for many African-American women to follow in her footsteps. In honor of the icon, E! News takes a look back at some of her greatest and most important historical moments. 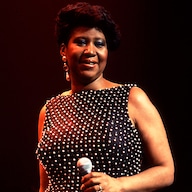 Signing with Columbia, Atlantic and Arista Records: In 1960 when she was just 18, Franklin signed with famous music label Columbia Records, where she recorded songs such as “Today I Sing the Blues” and “Soulville.”

Franklin remained with Columbia for seven years before heading over to Atlantic Records, where her gospel background shined through and through. It was here at Atlantic that Franklin recorded “I Never Loved a Man (the Way I Loved You),” “(You Make Me Feel Like) A Natural Woman” and “Respect.”

In 1980, Franklin moved labels again to Arista Records. There, she worked with famous musician and producer Luther Vandross and former president of Columbia Records Clive Davis. At Arista, Franklin catapulted to even more success with her albums Jump To It and Aretha.

“She is blessed with an extraordinary combination of remarkable urban sophistication and deep blues feeling…The result is maybe the greatest singer of our time,” co-founder of Atlantic Records Ahmet Ertegun said.

Throughout her lifetime, Franklin was nominated for 44 Grammys. In 2007, she won her most recent Grammy for “Never Gonna Break My Faith” in the Best Gospel Performance category. 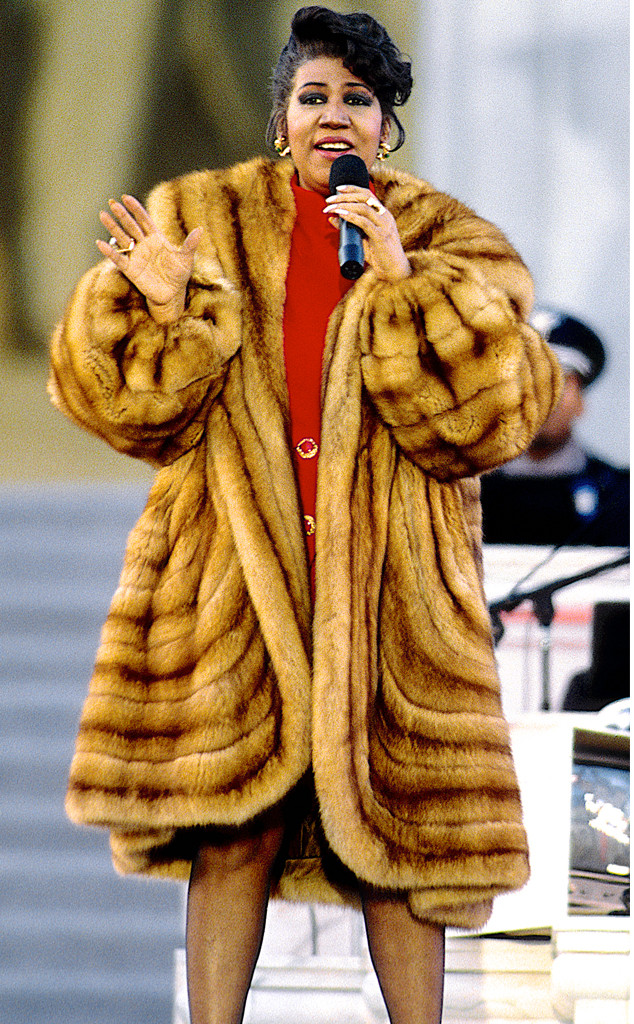 Singing in Front of World Leaders: With awards and accolades under her belt, Franklin’s concerts no longer applied to just public arenas. In 1980, the “I Say a Little Prayer” singer performed in front of Queen Elizabeth II at Royal Albert Hall in London, England. In 2015, Franklin emotionally crooned “Amazing Grace” in front of Pope Francis in Philadelphia, Penn.

Performing at Barack Obama’s 2009 Presidential Inauguration: The Medal of Freedom wasn’t Franklin’s only brush with the White House. In 2009, she performed “My Country ‘Tis of Thee” at Obama’s inauguration on Jan. 20, 2009.

She also sang “I Dreamed a Dream” from the musical Les Misérables at President Bill Clinton‘s presidential inauguration in 1993.

Bringing Obama to Tears at the 2015 Kennedy Center Honors: Obama was visibly moved by Franklin’s performance at the Kennedy Center Honors event in 2015. The musical superstar serenaded the crowd with “(You Make Me Feel Like) A Natural Woman” in celebration of Carole King, who was among the honorees. Her performance there will surely go down in history as one of her best and most famous.

As she began her song, Franklin sat down at the piano in a floor-length fur coat. King could hardly contain her emotions as tears rolled down her face. Obama was seen wiping away a tear. Both the President and First Lady Michelle Obama could be seen nodding along and singing to the song. Before her performance even ended, Franklin dropped her fur coat and belted the rest of the song. The audience gave the singer a standing ovation before the song even ended.

In an 2016 interview with The New Yorker, Franklin talked about just how much that night at the Kennedy Center Honors meant to her.

“One of the three or four greatest nights of my life,” she said.

In a statement via the president’s press secretary, Obama told the outlet, “American history wells up when Aretha sings. That’s why, when she sits down at a piano and sings ‘A Natural Woman,’ she can move me to tears.”

Franklin left her mark on American music, infusing her soul into each and every word she sang. She will be greatly missed.