Ex-Love Island contestant Darylle Sargeant has revealed that she and former Dancing on Ice and X Factor star Jake Quickenden have split up after less than a month of dating.

Speaking to Star Magazine, Sargeant said of their break-up: “We’re just friends. We were seeing each other, but we’re both so busy at the minute and we live quite far away.”

Sargeant hasn’t, however, ruled out the possibility of them getting back together in the future. 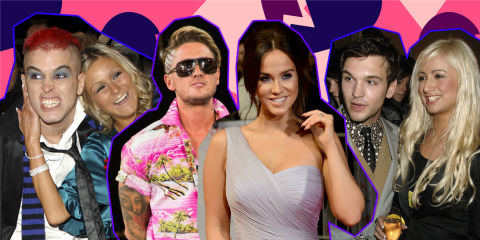 “We still speak and we’re still getting to know each other, but we’re not in a rush to go anywhere,” she continued.

“He’s a lovely boy, we get on really well together. It would be nice, but we’ll see.”

In May, Quickenden split up with his fiancée Danielle Fogerty after just seven months of being engaged, and he admitted that they just needed some time apart.

The singer and TV star said that the pair “like to remain private” during an appearance on Lorraine (May 2), explaining their status.

“We’re having a bit of time apart, kind of dealing with ourselves, and work, and being busy,” he said. “I’ve got so much respect for Dan and her family and everything they’ve done. For me, it’s just about taking some time out and seeing what happens really.

“But like I said, there’s not a bad word. I was with her on Monday, we still talk and I still love her to bits, but sometimes you’ve got to go away to come back.”