“I drink a lot of Tito’s,” Miranda Lambert said early during her performance at the CMA Theatre on Wednesday night, jokingly justifying her use of what she called a “Trapper Keeper” with lyrics set up on a music stand in front of her. But even without her favorite spirit in a Yeti tumbler easily within reach, Lambert couldn’t be blamed for using a lyric sheet — the set list for the first of two concerts she’ll give in the venue as the Country Music Hall of Fame and Museum’s 2018 Artist-in-Residence was made up of primarily songs she’s never before played live.

Dubbing the evening “The Ones That Got Away,” Lambert focused on the deep cuts, from her first album Kerosene through 2016’s The Weight of These Wings, that she doesn’t get a chance to perform. She did three off her 2005 debut, kicking off with “Love Is Looking for You,” which she wrote when she 17.

For “Greyhound Bound for Nowhere,” Lambert brought out her first special guest: her father Rick Lambert, who strummed guitar as his daughter sang. He’d return later, along with the rest of the night’s cameos, for a show-closing group sing-along.

Perhaps the most unexpected song of the evening came from Lambert’s 2007 breakthrough, Crazy Ex-Girlfriend — “Desperation,” which the singer performed live for the first time ever. A stark ballad written solely by Lambert, she introduced the song as saying she’s “still heartbroke to this day.”

Natalie Hemby, the show’s second guest, appeared for a trio of songs the pair wrote together, including two that deviated from the concert’s theme: the hit single “White Liar.” “This is one that got through,” Lambert said, before duetting on the cautionary country tale with Hemby. 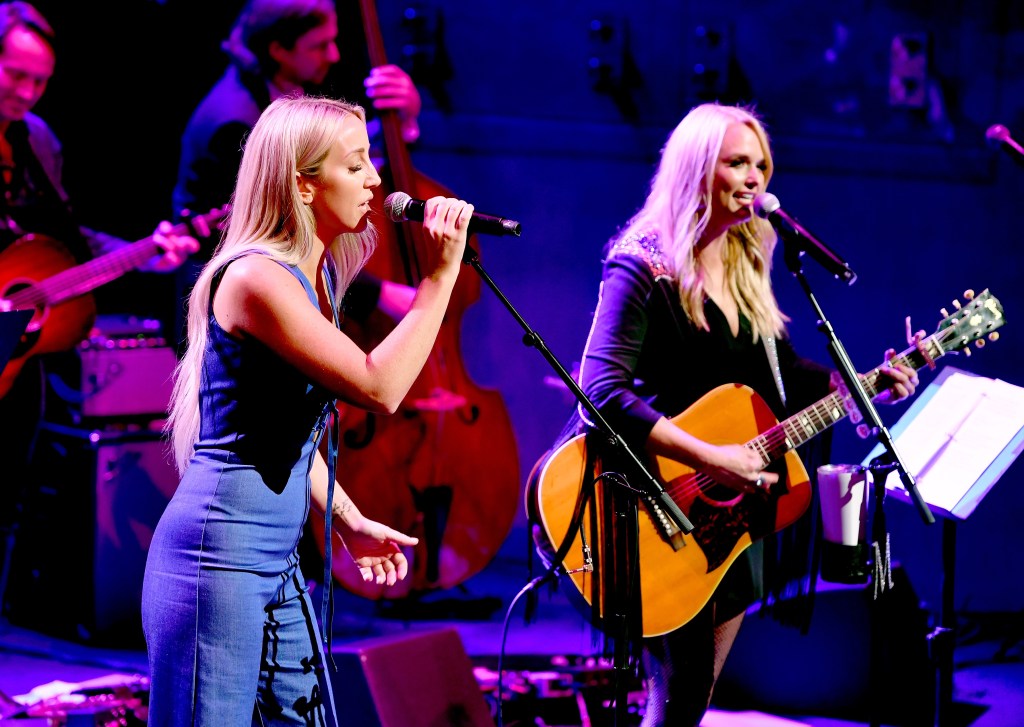 Ashley Monroe joined Miranda Lambert for “Heart Like Mine” and “Me and Your Cigarettes” during Night 1 of Lambert’s residency at the Country Music Hall of Fame.

Lambert’s best friend, and fellow member of the Pistol Annies, Ashley Monroe turned up next, offering the Number One “Heart Like Mine” and a stunning “Me and Your Cigarettes,” both off 2009’s Revolution.

The high point for Lambert, though visibly nervous, was welcoming Allison Moorer to perform Moorer’s “A Soft Place to Fall.” Lambert raved that she was her all-time favorite singer-songwriter, and Moorer returned the favor by detailing how she wrote a song especially for Lambert’s Four the Record album. “Oklahoma Sky” was inspired, she said, by a love story Lambert was living. “We’ve been through some men since then,” Moorer quipped. “The dudes, they come and go…but we still got the song.”

As the night drew to a close, Lambert, on her second Yeti tumbler of Tito’s, looked relieved, if emotionally exhausted. “I feel like I’ve just been through three years of therapy,” she said, before welcoming her dad, Hemby, Monroe and Moorer back to the stage for one last number, The Weight of These Wings track “Wheels.” Remarked Lambert, “You just have to keep damn going.”