Michael Jackson had to give up a little bit of space on his throne this week, when Post Malone broke a record that The King of Pop held for 34 years. The 23-year-old rapper whose name has crept slowly and then very rapidly into the mainstream in recent years just saw his album Stoney spend its 77th week in the top 10 of Billboard‘s Top R&B and Hip-Hop Albums chart — beating out the 76 triumphant weeks that Michael Jackson’s Thriller spent up there in the Eighties.

It’s not a one-off. Malone’s second album Beerbongs & Bentleys is the top-performing full-length album of 2018 so far, according to the mid-year report Nielsen released last month. That album also broke a Billboard Hot 100 record previously held by the Beatles; before Drake dropped his oversized album Scorpion, Malone’s Beerbongs reigned supreme with the biggest streaming records on Spotify and other digital platforms. As this week’s record indicates, tracks from the 2016 Stoney are also still being consumed today, which marks an unusually long tail in the fast-paced streaming era.

But while Thriller and Jackson were wildly popular in their time – not just with one demographic but across a variety of them – Malone’s milestones have come tagged with widespread disapproval from audiences, critics and media. The common complaint: Malone doesn’t take his music seriously, or his genre, or himself, at a detriment to others around him striving more genuinely for success. Born Austin Richard Post, his name came from an online rap-name generator; he once caused uproar when he told GQ that being a white rapper is a unique “struggle,” and then again when he said to an interviewer in Poland that “if you’re looking to think about life, don’t listen to hip-hop.”

Much of Malone’s appeal comes from that tongue-in-cheek attitude itself, which attracts people looking for something new while simultaneously alienating others who find it jarring. “Post is an artist who doesn’t do genre lines — he makes music he likes and expresses ideas he’s feeling,” Cheryl Paglierani, Malone’s agent, tells Rolling Stone, adding that fans have been hooked by Malone’s immediately-apparent lack of pretense. “It boils down to who the artist is as a person. The imaging and branding they’ve built for themselves. I don’t know if there’s a way to make sure it’s real. I think it just is or it isn’t.”

Numbers outside of the charts back that up. Colin Lewis, Live Nation’s vice president of touring, says the rapper’s most recent tour sold more than 350,000 tickets, including two back-to-back sold-out nights at the 17,000-capacity Hollywood Bowl. “This kind of explosive debut from a young artist is unprecedented,” Lewis tells Rolling Stone. Paglierani says she was “very confident, but it was still a surprise how quickly it went out of the gate,” and that the team is currently building out an even bigger world arena tour. 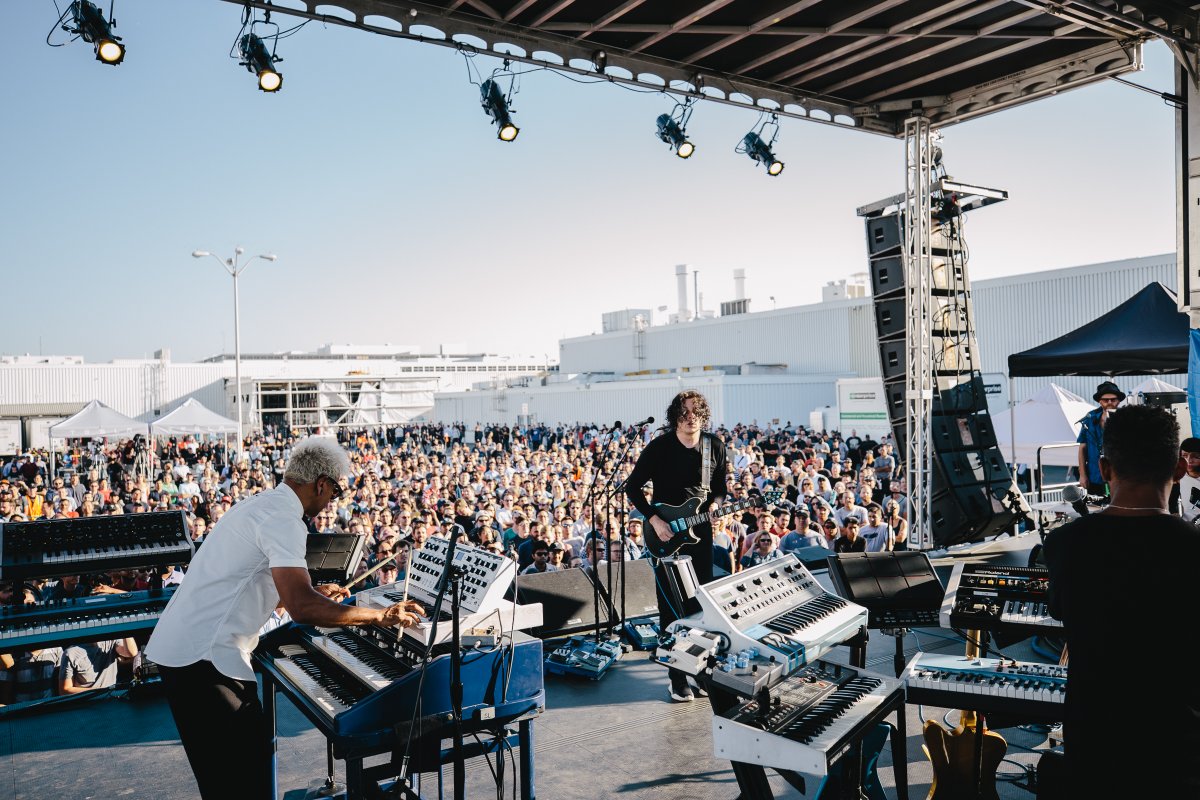 Yet Malone’s authenticity-in-inauthenticity appeal (the rapper acknowledges his critics with remarkable self-awareness, doing things like writing on Twitter that people “just think I’m ugly and smell lol”) is also supplemented by the fact that popularity in the streaming age doesn’t always mean actual approval. When albums don’t individually “cost” anything because users pay a set monthly rate for all-access listening, racking up a lot of numbers and chart positions isn’t necessarily an indicator of people loving music; it’s much more a signal that it’s caught people’s attention. That attention might later funnel some people into a loyal fanbase, but the first category is inevitably larger than the second — which is why Malone is king of all sorts of streaming records but hasn’t gotten to stadium-playing size just yet.

The ever-roiling controversy around the rapper is exactly what’s helped him shoot to the top of the charts and upend big names like Jackson and the Beatles, who got there with much more uniform support. Lindsay Zoldaz of The Ringer recently suggested he has been successfully “packaging something that’s a little bit more controversial and confrontational in a friendlier pop package.” Or perhaps he promotes the appealing-in-a-novel-way “ability to be anything to anyone, at the price of completely losing grip on who you actually are,” Larry Fitzmaurice mused in a Vulture piece this summer titled “What If Post Malone Is Here Forever?”

There’s still something to be said about the allure of that rootlessness, especially at a time when most other artists in the mainstream seem to be concerned about the opposite. On October 28th, Malone will host the first annual “Posty Fest”: a music festival, curated by the artist, taking place at an amphitheater in Dallas. Tickets sold out within two hours, without the announcement of a lineup.