The famous domed hall has stood for 149 years at the heart of London and the UK. For decades it has also hosted the BBC Proms, culminating in the flag-waving glories of Th eLast Night of the Proms. This year it wraps up on Spetmeber but has been embroiled in a crisis over the invclusioon of anthems Rule Britannia and Land of Hope and Glory. Is the monument to music and the arts facing an even bigger crisis, though? It’s director says the future of the Hall is is “peril” after the Government rejected an appeal for help from the £1.57billion national Arts and Television rescue package.

“Six months on from enforced closure, and circa £18m down in lost income, we are not eligible for any of the Government’s emergency grants. This leaves us in an extremely perilous position, with no way of replacing our lost income, apart from a government loan which may or may not materialise. 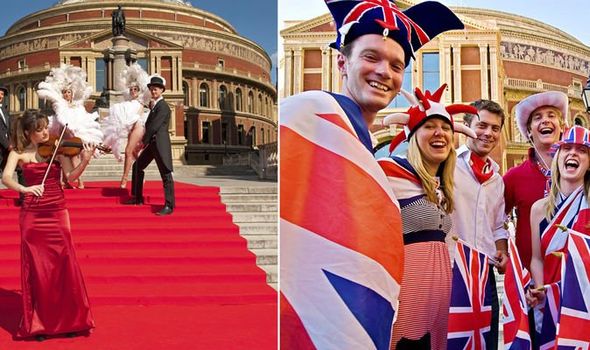 “We raised concerns months ago about the potential for independent, unfunded organisations such as the Royal Albert Hall to miss out on government support, and especially having been held up by Government as a ‘crown jewel’ that must be saved.

“With millions of pounds of essential building work called to a halt owing to COVID we had hoped to be eligible for a capital grant but have been informed that, as we are not a portfolio of nationally spread sites, we are not eligible for this scheme

The Royal Albert Hall will celebrate its 150th Anniversary in 2021 but suddenly faces a fight to survive to the end of this year.

The Hall usually ends its financial year with a £6million surplus which is immediately ploughed back into essential maintenance work on the listed building as well as community education and outreach programmes.

This year it has already lost almost £20million in ticket sales and other revenue but still has enormous ongoing operating costs and maintentenance obligations.

The Royal Albert is a registered charity and has always been self-funding but its ability to do so has been erased by the global pandemic and closures of public theatres and venues.