Shannon Purser has opened up about coming out as bisexual, explaining that she wanted to help others.

The Stranger Things Barb actress shared last year that she’d come out as bisexual to her family and friends.

Purser, who is starring in Netflix’s upcoming movie Sierra Burgess Is a Loser, told People at the film’s premiere on Thursday (August 30): “I would love for us to get to a point in society where it doesn’t really matter what your sexuality is, but right now there is a lot of turmoil around that issue, a lot of controversy where there shouldn’t be.” 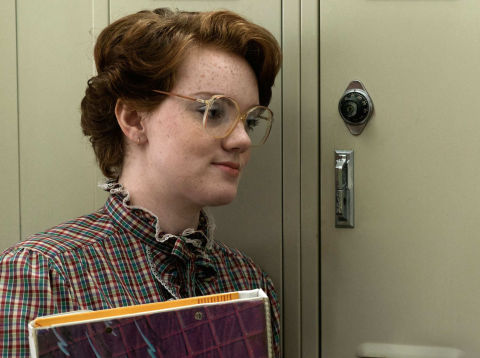 Adding that she doesn’t “consider [herself] the perfect role model”, Purser said she does “try to encourage young people and be somebody that they can look up to”.

“I just always think about what would I have needed as a kid, what would have meant a lot to me?” she added. “If somebody can see me and feel less alone and more understood, than that’s it.”

Purser went on to say that it means a lot to her when fans contact her to say that she gave them the courage to talk about their own sexuality. “That’s what matters most to me,” she said.

Earlier this year, Purser candidly discussed her mental health struggles in a moving article, in which she recalled having a “mental breakdown”.