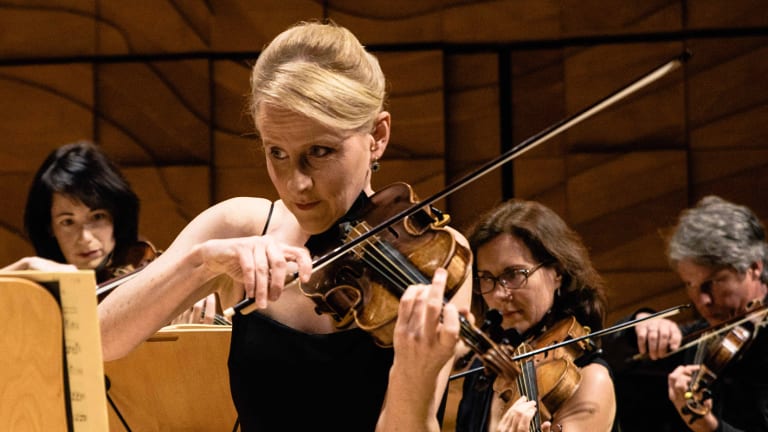 Any self-respecting classical lover knows it’s hip to be HIP – that’s “historically informed performance” for those not already in the know; or, put a little less succinctly, performing on period instruments with era-appropriate techniques.

In the case of music dating from the Baroque era or earlier, the transformative effect of wiping away more recent musical ostentations is undeniable.

To HIP or not to HIP becomes a more complex question with music approaching the mid-to-late 19th century, the period from which the Australian Romantic & Classical Orchestra’s all-strings program, Poetical Melodies, is sourced.

Generously flexible tempi and the seductive scoops of portamenti are certainly apropos of this program’s history, but there’s a fine line between justified authenticity and becoming a grab bag of arbitrary affectations.

On occasion the sheer number of sliding shifts and elastic metres leaves the music more woozy than Romantic.

Largely, the ensemble manages to stay the right side of this, but on occasion the sheer number of sliding shifts and elastic metres leaves the music more woozy than Romantic. This is particularly apparent in Mendelssohn’s String Symphony No. 10, a piece of juvenilia (written when the composer was just 13) that draws on crisp, sun-dappled classical conventions rather than verbose Romanticism.

There’s a soupcon of irony that one of the most convincing accounts comes in Grieg’s song transcriptions From Holberg’s Time, a Baroque pastiche performed here with full Romantic gusto.

But the evening’s greatest pleasure is found in the most well-known work on the bill, Dvorak’s Serenade for Strings. Rich, impassioned, and faultlessly realised, it’s a thrilling example of HIP with all the right strings attached.