Tia Gostelow was eight when her life changed. It was 2009, and her parents had taken Gostelow and her brother on a holiday to Thredbo in the New South Wales’ Snowy Mountains for that year’s CMC Rocks country music festival. Headlining was Taylor Swift in her first Australian performance.

“She made me want to play music,” the 18-year-old says. “I came home from that and told mum and dad I want to play guitar.” 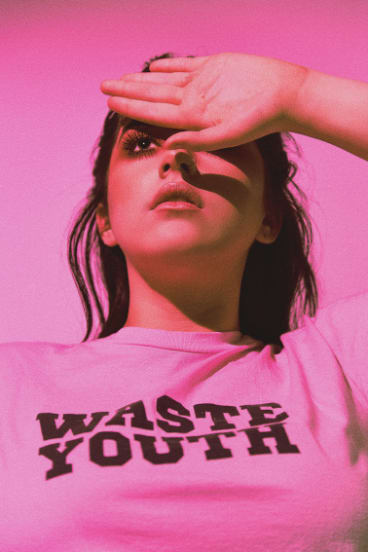 A “cheap one” was purchased off eBay, and Gostelow set about devouring hours of instructional videos on YouTube. Raised on the remote Groote Eylandt in the Gulf of Carpentaria, she badgered her community’s sole music teacher for lessons, and would insist that her parents watch attentively as she performed Swift’s Love Song in the lounge room over and over.

By the time her family moved to Mackay when she was 10, Gostelow had already made her debut live performance at the Northern Territory’s annual Picnic Day festival, and would soon start performing at regional country music festivals throughout Queensland. Her high school job was doing pub gigs in Mackay on weekends, her parents watching on in the wings.

“It definitely made me super resilient,” she reflects of the experience. “I’ve had to start going off to do gigs on my own since I was 17, and I felt OK to do that because I could deal with people a lot better and I didn’t put up with bullshit.”

“People didn’t acknowledge what I was doing. I remember the day Unearthed High was announced, I had two people say something and the rest acted like nothing happened.”

Experiences such as this resonate throughout her debut album, fittingly titled Thick Skin.

“All of the songs are about a period of time from when I was in high school to where I am now,” says the Brisbane-based singer. “I felt like the past couple of years it was super hard for me to get anyone to take me seriously. They all thought I was one of those people who was playing pubs and was never going to leave Mackay. To me, the album is about how I as a young person learned to deal with all this stuff.”

While Gostelow’s early material resonated with a certain earthy folkiness, it’s since morphed into something more akin to guitar-based dream pop than the country music of her upbringing.

The album will be released on September 21 on her own label, Lovely Records.

“My parents have always been about making your own mark and making sure you’re doing everything you can to help you move forward in life,” Gostelow says. “I’ve always wanted to remain independent, so mum was like, why not make your own label?”

Last year Gostelow was announced as an ambassador for The Line, an organisation that seeks to address behavioural change in 12 to 20-year-olds, encouraging healthy and respectful relationships. It’s another opportunity for the singer to make her mark.

“There are so many different areas that musicians can cover,” she says. “I’m definitely excited to keep expanding what I’m doing.”

Thick Skin is out September 21.