Like most rap groups of their era, The Beastie Boys said (and did) some dumb things in their early days. Take License to Ill, the band’s multi-platinum (eventually, diamond) debut that became the first hip-hop album to hit No. 1 on the Billboard pop charts.

When it came to lyric-writing, Mike D summed it up this way in the indispensable Beastie Boys Book. “Our main goal was just to crack each other up,” he said of the writing session for “Hold It Now, Hit It.” “We just started writing about the ridiculous stuff we did and saw.”

For the under-21 Beasties of those days, that included having the “ladies of the ’80s from here to White Castle” and mocking their “pud-slapping” nemeses. And listeners also heard some of the common homophobia of the day. (“You like men, and we like BEER,” they chanted in “Hold It Now.”)

Though the Beasties apologized for such things in the ’90s, the problem could have been much worse. When you hear about the original title of Licensed to Ill, you can see why. 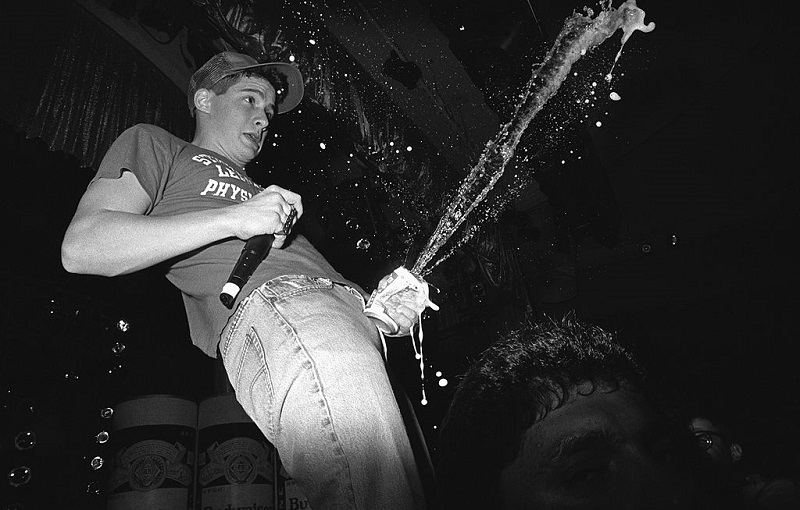 Like most rappers (and many other performers), the Beasties took on partly fictional characters on record. As Mike D said, the lyrics were “combination of personal experience and fantasy.” And on stage they became what Adam Horovitz (Ad-Rock) called “these idiot caricatures of ourselves.”

When tossing around ideas for the title of their debut LP, the group agreed to run with producer Rick Rubin’s suggestion it be called “Don’t Be a F–got.” As Ad-Rock explained in the Beasties Boys Book, “It was Rubin’s idea, but we went along with it.” (Columbia Records rejected the title.)

“It was meant to be a joke about jock frat dudes,” Ad-Rock continued. “But homophobia’s not funny and we are truly sorry.” This apology didn’t first go out with any late Beasties release. In 1999, Ad-Rock wrote a letter to Time Out New York expressing contrition for the group’s early work.

“I would like to formally apologize to the entire gay and lesbian community for the s—ty and ignorant things we said on our first record,” he wrote. “There are no excuses. But time has healed our stupidity…. We have learned and sincerely changed since the ’80s.”

The Beasties previously owned up to misogyny in their early work 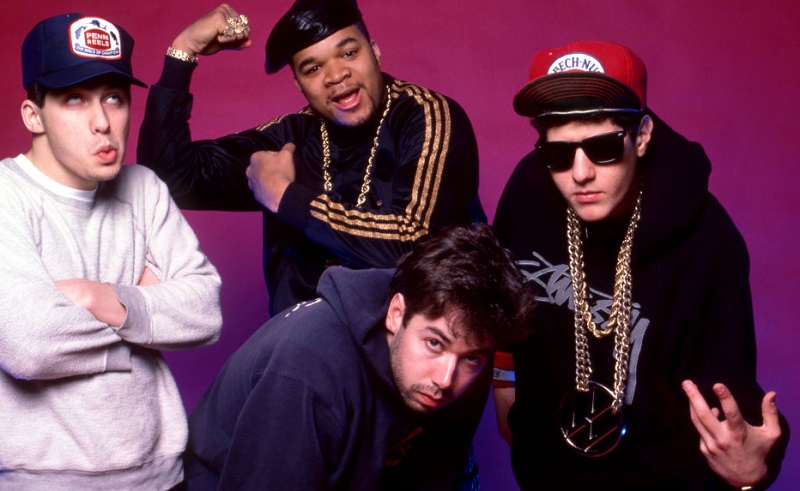 That apology wasn’t the only time the Beasties wanted to set the record straight that decade. Five years earlier, on the group’s Ill Communication LP, Adam Yauch (MCA) owned up to the group’s misogynistic lyrics from the Licensed to Ill days.

“I want to say a little something that’s long overdue,” MCA began in “Sure Shot.” “The disrespect to women has got to be through/ To all the mothers and the sisters and the wives and friends/ I want to offer my love and respect to the end.”

Kate Schellenbach, the original Beasties drummer from the band’s punk days, spoke of initial disillusionment with the group when they took their turn to frat-boy rock-rap. When MCA said that on record, it meant a lot to her. “[It] went a long way for me, personally” she wrote in the Beasties book.

Also see: The NYC Building Led Zeppelin Used on the ‘Physical Graffiti’ Cover Is Still There