When Jen Cloher was recording last year's self-titled album in regional Victoria, she couldn't have predicted its success would lead to playing sold-out clubs on her first ever headline tour of America.

Nor would she have expected idols such as Fugazi's Ian MacKaye or Corin Tucker and Janet Weiss from legendary punk outfit Sleater-Kinney to be watching from the side of the stage. 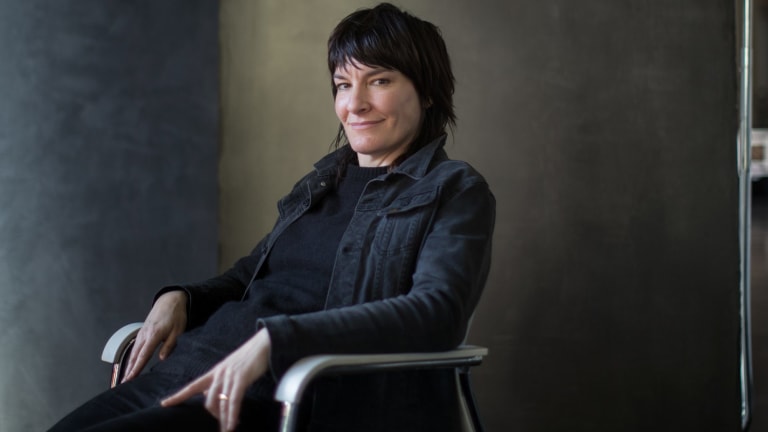 Perhaps even more surprising was the demographic of the crowds to which she performed in the States. A case in point was the two gentlemen who approached her after a show at the Pickathon festival in Portland this August.

"They were really lovely men in their mid-to-late 50s, telling me how they love the album, and it really connected with them and their wife and their daughter," says the 44-year-old from her Melbourne home. "[There were] quite a few men going, 'Thank you so much for modelling a way of being for my daughters.'

"But then there were also young girls. [I'd look out and see] young girls who were clearly getting a lot from seeing women onstage playing music and telling our stories in a way that is entirely claimed and we're owning it and we're loving it and we're confident and we know what we're doing."

It's been 13 years since Cloher's debut EP, Permanent Marker, and while her first three solo albums garnered critical acclaim, none crossed over in the manner of 2017's self-titled fourth record, which debuted at No. 5 on the ARIA charts.

While Cloher will modestly point to external factors as having boosted her profile and laid a platform for the record's breakthrough – the success of Milk! Records, the independent label she manages and co-founded with her wife (and acclaimed artist) Courtney Barnett, and the fact that Barnett plays guitar in her band – ultimately the credit must go to the LP for being one of 2017's finest albums.

It's a profoundly honest take on love and relationships, sexual identity and the political climate was matched by a collection of expansive yet intimate indie-rock songs that could be melodic and rich with longing one minute and seethe with disgust the next.

The fact that commercial success came in Cloher's 40s made its arrival all the "sweeter".

"What really has been great about having a bit more visibility later in my life is feeling relaxed and deserving and not going through all of that second guessing or worrying that it will be taken away," she says. "There's a lot less striving, and just showing up to whatever is presented. And interestingly, when you come from that place more opportunity seems to come your way than when you're pushing.

"But I've certainly not invested in like, 'Oh finally I've cracked it! Now I've got to line up all my ducks and this has to happen next!' There's a lot more to life than playing music."

Despite her success, the commercial realities of an artist's life are never far away.

"The great thing about what's happened for me musically is that I've had enough money to be able to go and tour in the US and UK and Europe and lose money," she says, laughing. "I've been in a privileged position to be able to make enough money to then go and lose it again, without it breaking the bank and throwing me into financial instability."

As Cloher toured the US, Europe and Australia during the first half of the year, she also had to manage the release of six albums through Milk!, a workload she admits was overwhelming. She'd often find herself backstage at shows preparing not to perform, but to send emails and attend to social media and press releases, ensuring that Milk! was doing the "very best job" for its artists.

"It's not just a glamorous title. I am actually managing a label, and trying to tour the world, and release my own music," she says. "It's a real thing."

Cloher will spend 2019 focusing on her next record, but for now there's a solo jaunt around Australia in September in support of her just released EP, Live at The Loft and Loew's. A four-song effort, it features solo acoustic renditions of previously released material.

The last time she performed solo was in some of America's most legendary theatres, such as Nashville's Ryman Auditorium, while supporting Courtney Barnett and Kurt Vile on their joint tour late last year.