While Australia's Uighurs​ are still able to celebrate their ancient culture in music and dance, their compatriots in China's north-west Xinjiang​ province are ever more widely reported as being arrested without charge, sent to political "re-education" camps, or simply disappearing altogether.

Such allegations are denied by Chinese authorities, and yet Beijing's long-held suspicion of the Uighur​ ("wee-gur") minority being latent Islamic separatists seems to have significantly hardened over the last year. Local Uighurs​ are loath to ring family members in China – or to speak on the record. 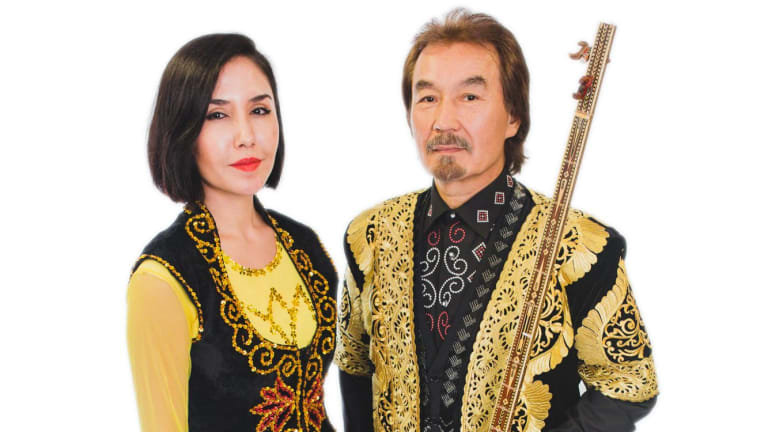 Against this background a centrepiece of this year's Sydney Sacred Music Festival assumes greater significance. This is the first Australian performance of the Unesco-protected Uighur​ song cycle Muqam​ Rak, one of 12 muqams​, or scale-based song cycles. Each muqam​ has its own subject matter, with Muqam​ Rak evoking a lake, nature more broadly and Islamic spirituality.

The festival's artistic director, Richard Petkovic​, says ordinarily such a performance would last two hours, but, given local audiences' unfamiliarity with the idiom, an abridged, one-hour version is being presented. Nonetheless he hopes the experience will allow people to immerse themselves in Uighur​ culture.

"I was really keen for an Australian audience to have an authentic experience of this muqam​," he says, "as opposed to just understanding it theoretically from reading the program, or whatever. But, having said that, I think it's important not to regurgitate an art form just because it's there, but to feel what's appropriate. Obviously the majority of it will be the form that we want to share, but we also want to keep it alive, and for something to be fully alive it has to allow us to bring our own instincts into the meaning and feeling as well."

The core of the quartet performing the piece is Sydney-based Shohrat​ Tursun​ on voice and dutar​ (2-string, long-neck lute) and Adelaide-based Tayir​ Imen​ (percussion). "Shohrat's​ a seventh-generation musician who's inherited a lot from his father," says Petkovic​, "and who also studied the art form at university in Peking. Since I found him working as a truck driver in Casula several years ago I've been working with him to try and create pathways for this amazing musician. I created a trio around him, I included him in my orchestra, and I created something else called Worlds Collide, which was a mix of cultures."

Petkovic​ then realised it was time to show off the singular qualities of Tursun'​s own culture via Muqam​ Rak, and, as he puts it, "raise some sort of mainstream understanding of this emerging community".

Joining them in the performance are non-Uighurs Bukhu​ Ganburged​ (Mongolian fiddle, voice) and Kim Cunio​ (harmonium, suz, voice), plus two Uighur​ dancers. "I was keen to get Bukhu​ involved not only because he's an amazing musician," says Petkovic​, "but also because there seems to be some historic link between Mongolia and the Uighurs​. Obviously they share a similar region, but if you talk to Uighurpeople they say that Mongolians were Uighur back in the day, so there is some sort of cultural connection that I don't understand totally."

Like the music, the poetic text is ancient (its roots going back 1500 years) and anonymous, with links to Sufi​ traditions, and Petkovic​ says that the muqam's​ mood evolves considerably. "It's quite a journey through these six or seven different parts in it – and that's just the one-hour version!"