Everyone’s favourite The Only Way is Essex diva Gemma Collins has been swapping Essex for a touch of the California life today, as she stripped off to pose naked in a number of selfies that paid tribute to her “I.C.O.N” Kim Kardashian West. 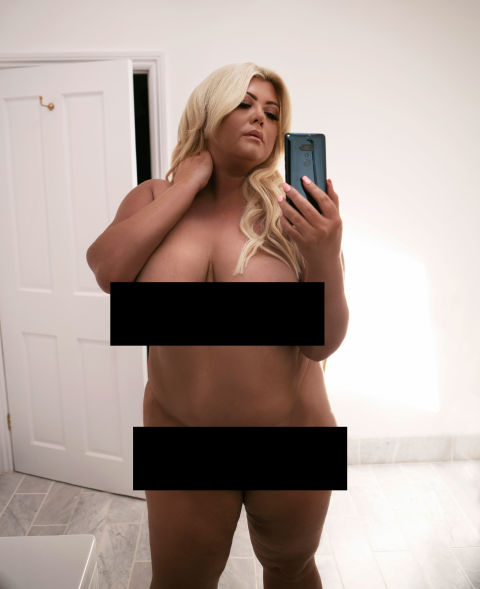 And that white swimming costume, over the shoulder selfie that Kim shared with world after welcoming her first child North in 2013?

Gemma was inspired by that one too: 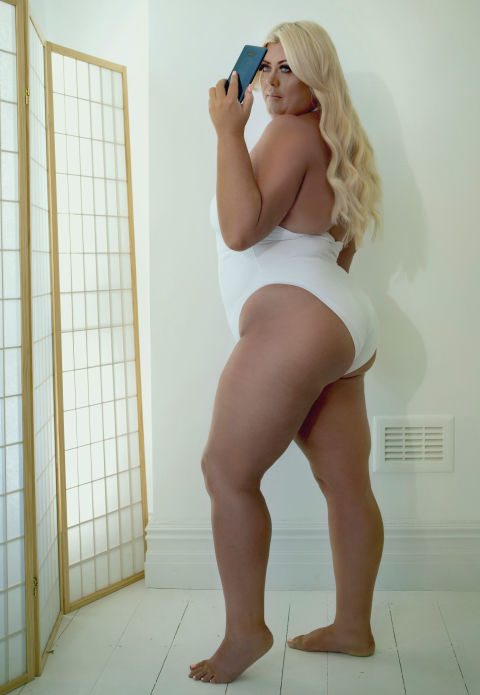 The GC posted four photos in all on her Instagram page, each inspired by a classic Kim K selfie, and thanked mobile phone company HTC for giving her the opportunity to emulate her icon.

“Big thanks to @htc_uk for helping me transform into my I.C.O.N Kimmie @kimkardashian ‘GC-style’ – dreams can come true,” she wrote, before adding that all of the selfies were taken on the HTC U12+.

Which is pretty impressive, to be fair. 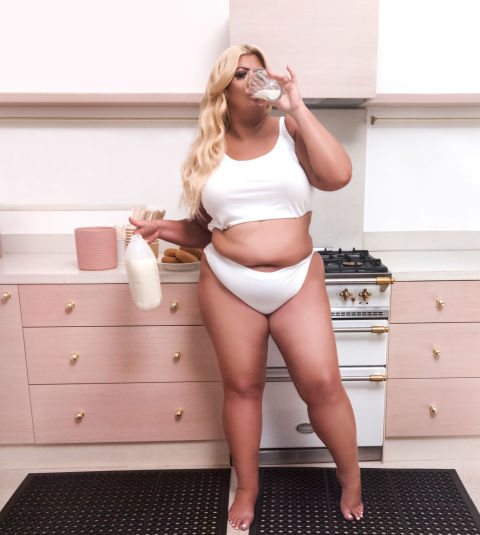 When Gemma’s not imitating Kim on Instagram, she’s actually been quite busy recently, from frustrating viewers on Celebs Go Dating to surprising us by hanging out with the Litchfield inmates in an Orange is the New Black teaser.

She even recently revealed more plans inspired by Kim K (kind of) and revealed she has a sex tape she’s willing to share with the world for a million quid.

“I have actually made a sex tape and it’s very good, if I do say so myself,” Gemma said back in June. “I just made it because I was in love with my partner and I really fancied him, and always wanted to look at it again. It is on an iPhone somewhere in my house.

“I do feel my sex tape would knock Kim K off her pedestal. But I’d need a million for it.”