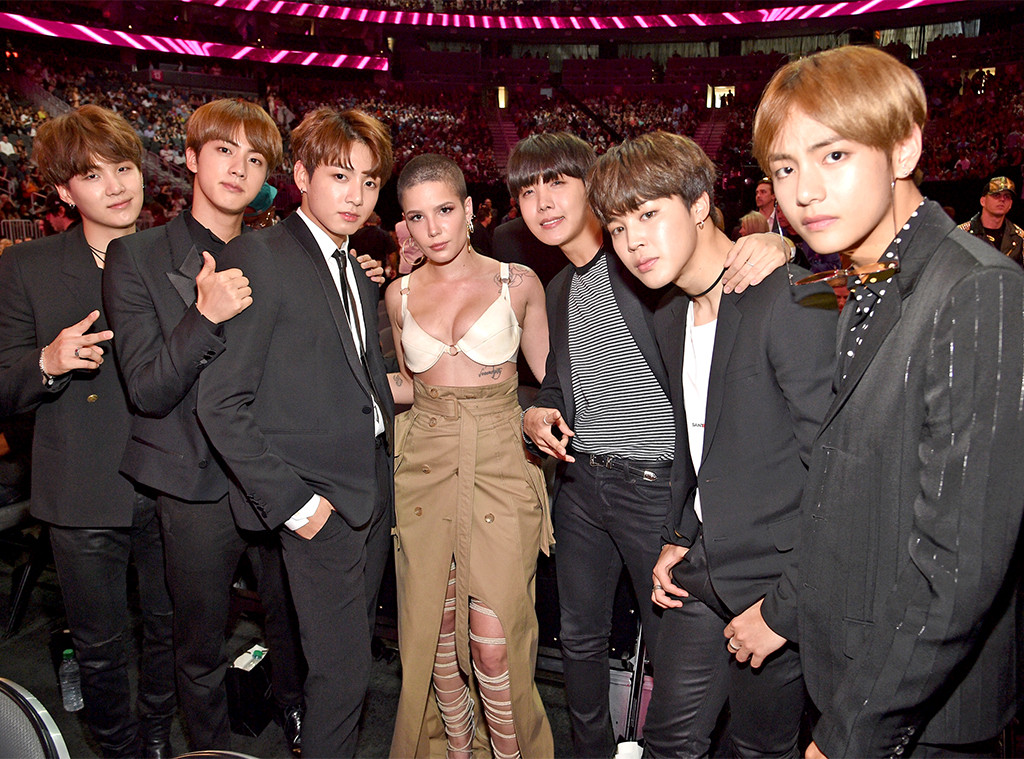 So this is how BTS gets ready for a concert event.

Over the weekend, the K-pop band headed to Paris for a special performance at the Stade de France.

Little did attendees know that the group wasn’t coming alone. Instead, they were bringing out special guest Halsey to perform their smash-hit collaboration “Boy With Luv.”

Before the crowd erupted in cheers and excitement, however, you may be curious to know what the artists were up to before the big show. Lucky for us, Halsey was ready to show all.

“How to get ready for a show: @bts.bighitofficial,” the singer wrote on Instagram when showcasing an epic dance party backstage.

As you likely could have guessed, fans couldn’t get enough of the candid moment. In fact, close to two million people viewed the video in four hours on Instagram.

how to get ready for a show: @bts.bighitofficial ⚡️?

how to get ready for a show: @bts.bighitofficial ⚡️?

According to attendees, Halsey told the crowd that “these boys are so special, they are my family” in French.

The special weekend performance comes as BTS is embarking on a 10-stop “Love Yourself: Speak Yourself Tour.” As for Halsey, she concluded her concert series at London’s Wembley Stadium on Saturday night.

“When the sleep deprivation hits,” she joked on Instagram when flying from London to Paris over the weekend.

Ultimately, both BTS and Halsey have so much to celebrate. Their “Boy With Luv” music video became the most-viewed 24-hour debut in YouTube history, with 74.6 million views. And one week later, it debuted at No. 8 on the Hot 100.

As a result, it was the highest-charting K-pop song by a group of all time. Now that’s something to dance about.