Some of Australia's leading female composers have been recognised as finalists in this year's Art Music Awards as the push for gender balance in the fields of composition and performance gains momentum.

Elena Kats-Chernin’s Piano Concerto no.3 Lebewohl, Melody Eotvos’ Ruler of the Hive, Cathy Milliken’s DACCORD and Carl Vine’s concerto for two pianos and orchestra, Implacable Gifts, are in the running for orchestral work of the year to be announced on August 19 at the Great Hall of the University of Sydney. 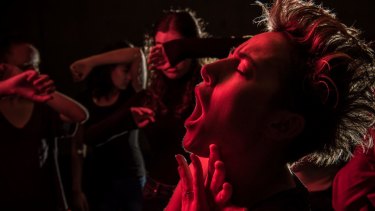 South Australia-based Rachel Bruerville is a contender for vocal/choral work of the year with her work In Due Season alongside Alice Chance’s participatory choral experience The Audience Choir and Andrew Ford’s orchestral song cycle The Drowners.

Damien Ricketson’s genre-defying opera The Howling Girls was named as a finalist in the same category. Performed by the Sydney Chamber Opera, it drew on the extraordinary case of unrelated teenagers experiencing the same post-traumatic stress symptoms in New York after the terrorist attacks on September 11, 2001.

The awards celebrate achievements in Australian contemporary classical, jazz and experimental music, with organisers praising the rich range of talent and volume of creative work of Australian art music practitioners this entry round.

Heading the finalists' list for jazz work of the year is the unique collaboration, Gratitude and Grief, featuring the vocals of Katie Noonan, music by Zac Hurren and Stephen Magnusson and poems and live drawings of Michael Leunig. 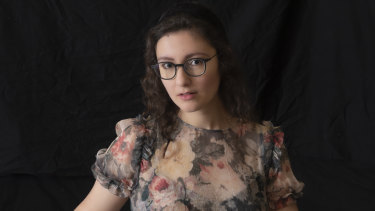 Rounding out the category finalists is Brenton Foster’s cycle of modern jazz songs Love, As We
Know It, Joshua Kyle and Andrew Murray’s Trombone Song Cycle and bassist-composer Ross McHenry’s Nothing Remains Unchanged.

Victorian Opera’s feminist retelling of the Lorelei legend was shortlisted for performance of the year, amid calls by leading Australian composers, directors, musicians, and vocalists for a ''revolution'' to remove gender bias, sexism, and dramatised acts of violence against women in opera.

Young Australian-Lebanese composer Elizabeth Younan, a graduate of the Sydney Conservatorium's Composing Women program, is one of four finalists for instrumental work of the year for her work Piano Sonata. She is joined by Robert Davidson's Stalin Piano, Mary Finsterer's duet Ignis,  and Andrew Ford's String Quartet no.6.