The WWE Universe is paying tribute to one of the great stars of the 1980s following the sad news that Jim ‘The Anvil’ Neidhart has died at age 63.

The passing of the Anvil, who was the father of current WWE superstar Natalya, was announced on Monday (August 13) by WWE, who extended its “condolences to Neidhart’s family, friends and fans” in a statement on its website.

Neidhart came to professional wrestling after a short stint in the National Football League with the Oakland Raiders and Dallas Cowboys, having trained for the ring with the legendary Stu Hart. 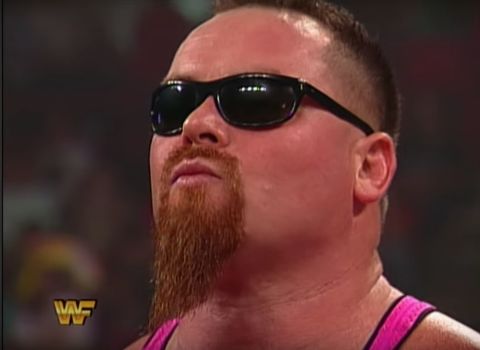 He would become intermingled with the Hart family, marrying Stu’s daughter Ellie and forming a tag team with his son Bret to become the iconic Hart Foundation.

The Hart Foundation arrived in the WWE with their manager Jimmy Hart — no relation — in 1985 and would go on to hold the WWE Tag Team Champions twice over the next five years.

Neidhart would later deepen his ties with the Hart family by tag teaming in the WWE and WCW with brothers-in-law Owen Hart and ‘The British Bulldog’ Davey Boy Smith into the late 1990s.

Following the sad news of his passing, WWE legend and executive vice president Triple H paid tribute to Neidhart’s impact on the industry.

“The only thing bigger than his on-screen character was his heart,” he tweeted. “Jim ‘The Anvil’ Neidhart loved performing with & spending time with his family…and he made us all smile while doing it.

Neidhart’s former Hart Foundation tag team partner Bret ‘Hitman’ Hart tweeted that he was “stunned and saddened” by the news of his friend’s death. Below are additional tributes from the sports entertainment world: