Access to clean water may be afundamental human right, but it’s far from a reality in many towns and cities across America.

Even in the wake of the Flint water crisis, whichexposed around 10,000 residents in Michigan to lead-contaminated drinking water, an estimatedten of millions of Americans are still exposed to unsafe drinking water each year.

Read more: 11 cities with the worst tap water in the US

The problem is most egregious in rural areas, but a few major cities face a widespread threat of contamination, which could have lifelong consequences for the health of local residents.

Exposure to toxins such as radium or arsenic can lead to cancer, while exposure to lead can produce permanent brain damage in children. Here are some of the most terrifying toxins that pervade America’s water supply.

Lead poisoning was at the heart of the Flint crisis, but it’s also a problem in places like Detroit, Pittsburgh, and Washington, DC. 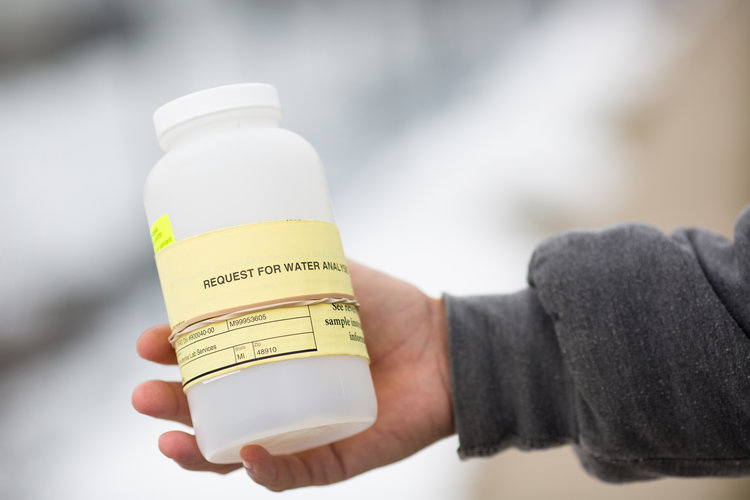 Lead service lines were banned from new plumbing systems in the US in 1986, but plenty of the nation’s old pipes still remain. Today, nearlya third of US water systems are known to contain lead service lines. When the pipes corrode, they can release toxic lead into local drinking water, posing a danger to residents’ health.

In addition to Flint, Michigan, cities like Detroit, Pittsburgh, and Washington, DC, have all seen unsafe levels of lead in their water supplies in the recent past.

Read more: 8 signs your tap water might be dangerous to drink

Arsenic has seeped into the water supply in California, Arizona, and New Mexico. 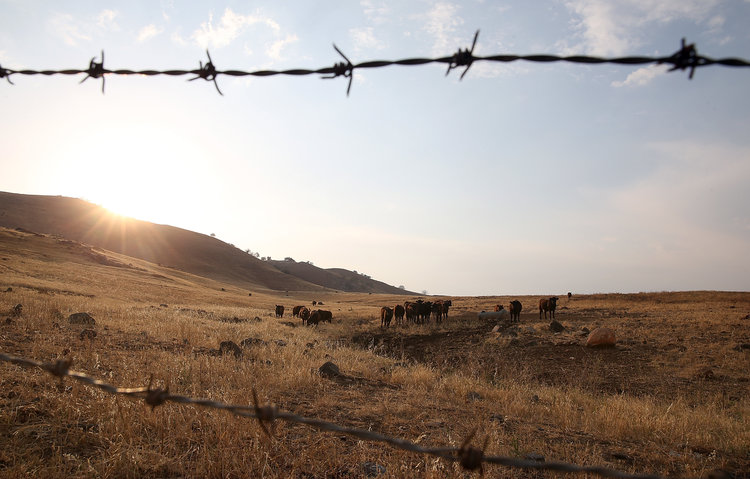 Arsenic is a common contaminant since it’s found naturally in the earth’s crust. Reuters reports that southwestern cities like Los Angeles, Albuquerque, Scottsdale, and Tucson get their drinking water from sources containingarsenic levels that exceed what’s allowed by the EPA.

Exposure to arsenic can increase one’s risk of cancer, heart disease, and diabetes. Like lead, the chemical has also beenlinked to brain development issues in children.

Radioactive substances can leech into groundwater, which has become a huge problem in Texas. 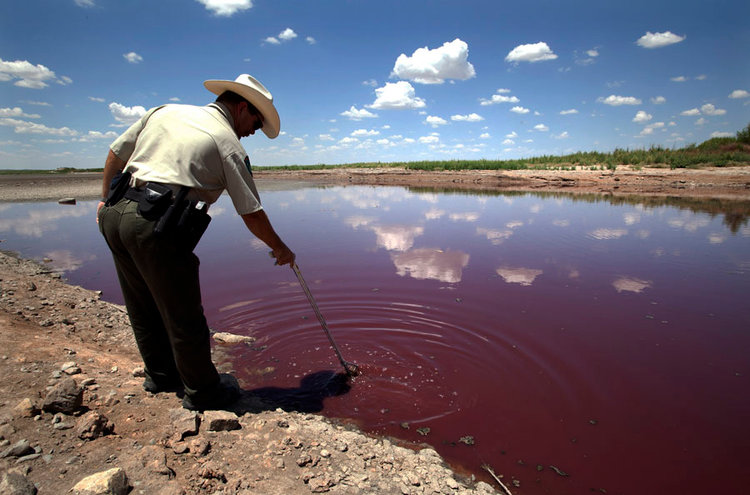 Radioactive substances don’t just come from nuclear power plants. Some of these materials, such as radium, uranium, thorium, and radon, arefound in nature. Practices such as coal mining, construction, and oil and gas production can aggravate these naturally-occurring isotopes, causing them to seep into groundwater.

This is especially the case in Texas, where high amounts of radium have contributed tothe most widespread water violations in the US.

Exposure to radium is linked to bone cancer, while other radioactive materials can produce cancers of the lungs, skin, liver, kidneys, stomach, and thyroid.

Elevated levels of copper have been found in Detroit public schools. 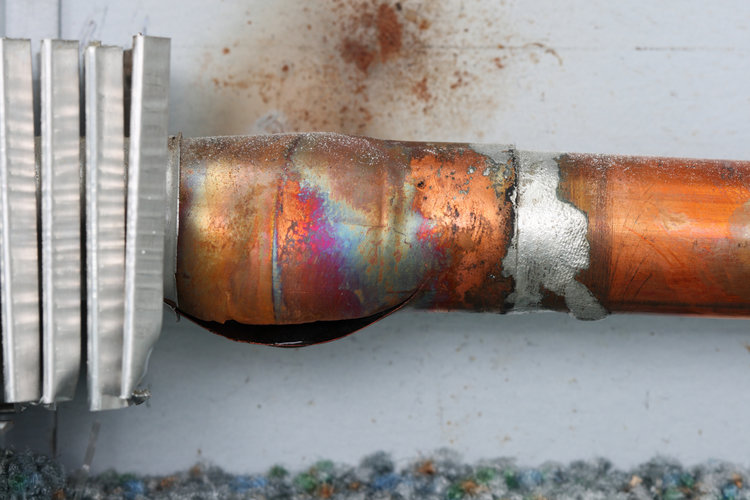 As pipes and faucets age, they can release copper into drinking water, generating enough exposure to threaten our health. One tell-tale sign of elevated levels of copper are pipes that have turned a blue-green color.

Though copper isn’t bad for you in small doses, high levels of exposure canproduce health problems such as anemia and liver and kidney damage.

In September 2018, at least 57 out of 86 Detroitpublic schools tested positive for elevated levels of copper or lead.

Chlorine in drinking water may not sound terrifying, but it can expose people to a parasite that causes diarrhea, cramps, and nausea. 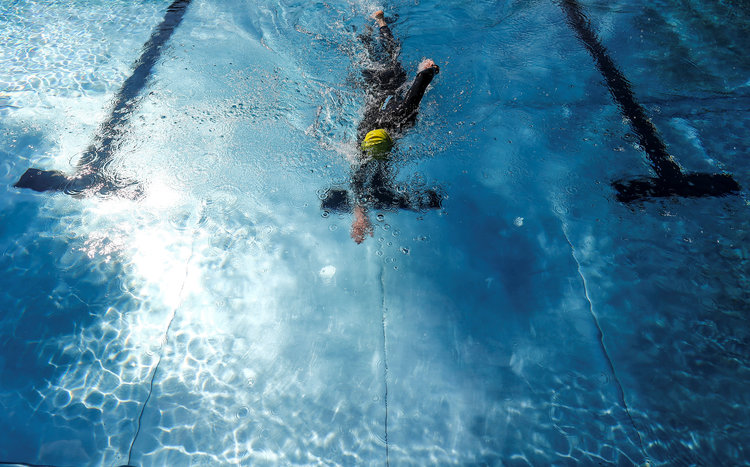 Chlorine is deliberately added to the US water supply to kill germs and pathogens, but when it mixes with other organic compounds it can create a few harmful byproducts.

One of these byproducts, a group of chemicals known as trihalomethanes (THMs), has been linked tokidney problems andincreased cancer risk. Another, known as haloacetic acids (HAAs), causes skin irritation and could alsoincrease cancer risk.

Low levels of chlorine in the water system can also expose people to aparasite called giardia that causes diarrhea, cramps, and nausea.

Clean-water advocate Erin Brockovich identified PFOA as the chemical that concerns her most. 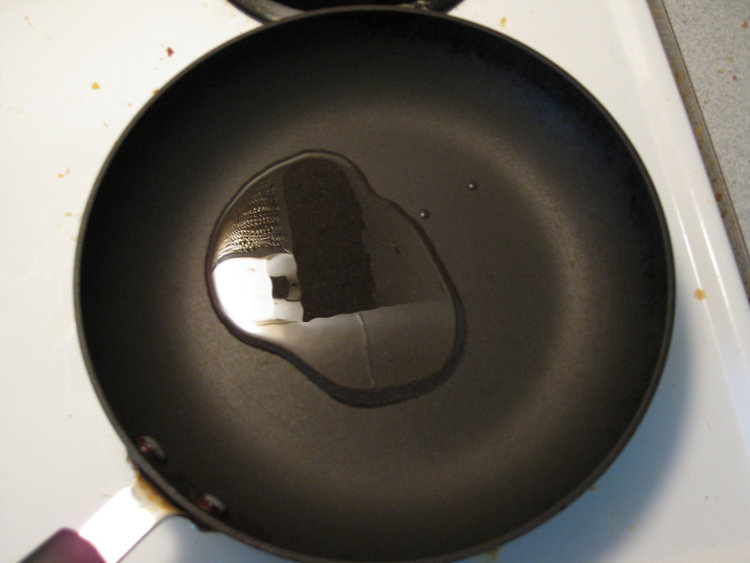 When Business Insider asked famed clean-water advocate Erin Brockovich abouther biggest concern for today’s drinking water, she pointed to one chemical: perfluorooctanoic acid (PFOA). The man-made substance is commonly known as the “nonstick” element in Teflon that prevents your food from clinging to the pan.

Places located near chemical plants that use PFOA may see elevated levels of the chemical in their water supply. While scientists are still learning about the link between PFOA and disease, the chemical has been associated withkidney and testicular cancer,high cholesterol,early menopause,colon ulcers, and other adverse health effects.

Perchlorate is used to make fireworks and missiles — but it could also wind up in drinking water. 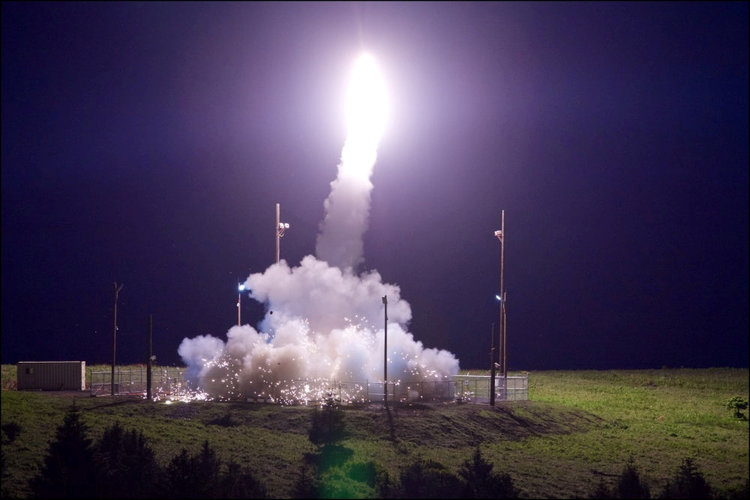 California and Massachusetts have enforced strict limits on perchlorate — a chemical used to make rocket fuel, missiles, and fireworks — in drinking water. But that doesn’t stop residents of other states from being exposed.

The EPA hasidentified 45 states that have perchlorate in drinking water, which puts an estimated 16 million Americans at risk of consuming the chemical. The chemical poses the greatest danger to children and pregnant women, since it’s been linked tobrain development issues.

Consuming nitrate through drinking water can cause “blue baby disease.” 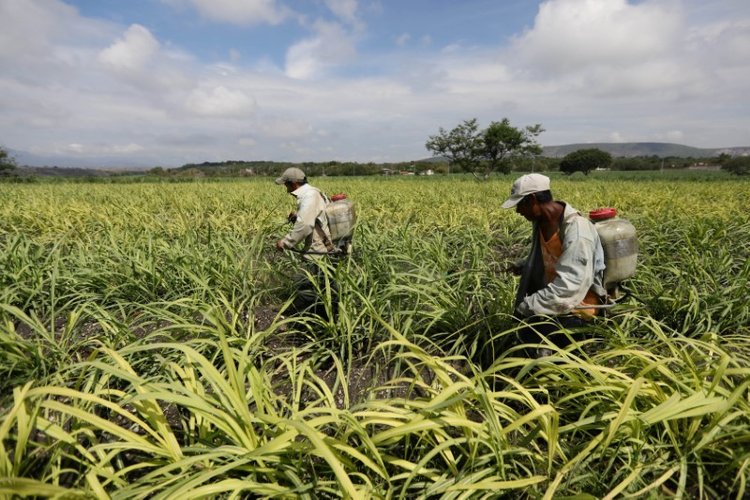 Nitrate, like arsenic, is a groundwater contaminant. The chemical usually makes its way into our water supply through fertilizers or septic systems.

Though it’s typically not a problem for adults, water contaminated with nitrate can bedangerous for infants, who consume more water relative to their body weight.

Even short-term exposure to the chemical can lead reduce the amount of oxygen in an infant’s blood, leading to methemoglobinemia, or “blue baby disease.” The disease’s symptoms include digestive and respiratory problems, brain damage, and even death.

Too much fluoride in drinking water has been linked to brain development issues. 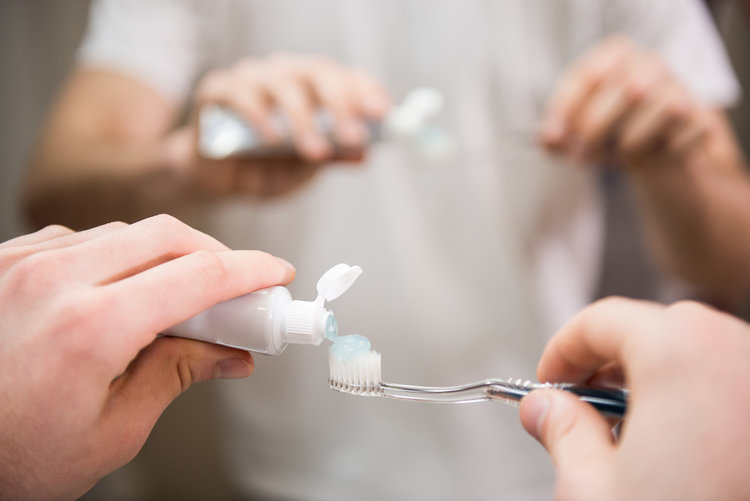 The US Department of Health haslowered the recommended amount of fluoride in public drinking water systems, but the mineral is still consumed by around66% of the US population.

The World Health Organization has also determined thatchronic exposure to high levels of fluoride can impair muscles or lead to joint stiffness and pain.

9 million Americans consume more manganese through their public water system than recommended by the EPA. 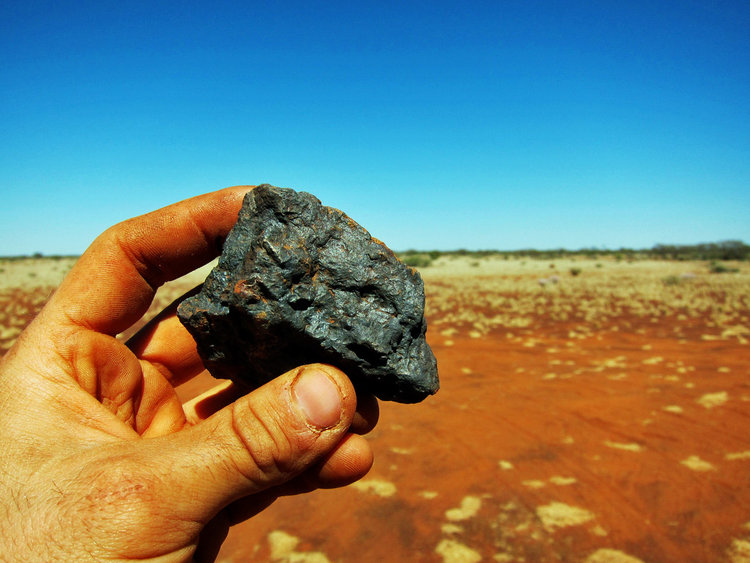 Like arsenic, manganese is found naturally in the earth’s crust. While the mineral is more commonly consumed through food, the nonprofit Environmental Working Group (EWG) has determined that around 9 million Americansdrink water from public systems with more 300 parts per billion of manganese (the unofficial recommendation set by the EPA).

Though scientists are still working to determine whether manganese has any adverse health effects on the brain and nervous system, for now the mineral poses the greatest risk to children when consumed in excess. Studies have suggested thatearly life exposure to manganese can lead to behavior issues and intellectual impairment. 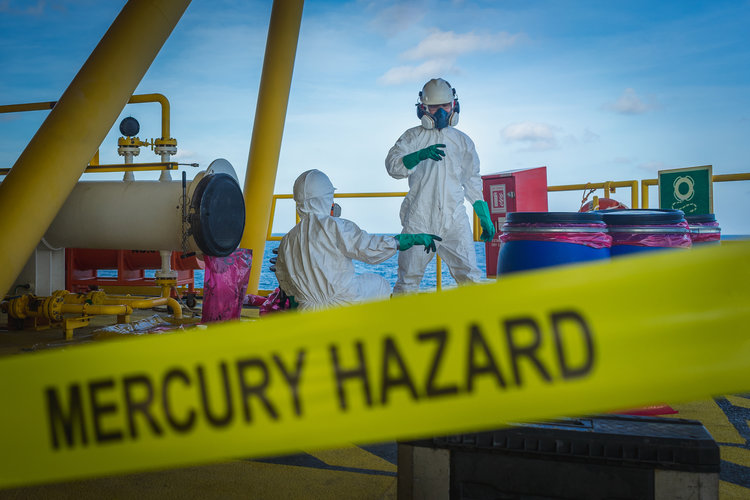 Mercury can seep into well waterthrough multiple sources, including industrial waste sites and discarded household products such as paint. Short-term exposure to high doses of the chemical can damage the nervous system and kidneys, and impede the development of unborn children.

But there’s a bit of good news: The EPA has beenregulating mercury in drinking water for nearly three decades, so there’s only a slim chance you’ll actually be exposed.

When it comes toregulating tap water across the nation, however, the organization has said they “may not know” whether your water is safe to drink.

SEE ALSO:California's contaminated drinking water could lead to nearly 15,500 cancer cases over the course of a lifetime. Here's how worried you should be.